Central
By: Ministry of Consumer Affairs, Food and Public DistributionFor: Everyone 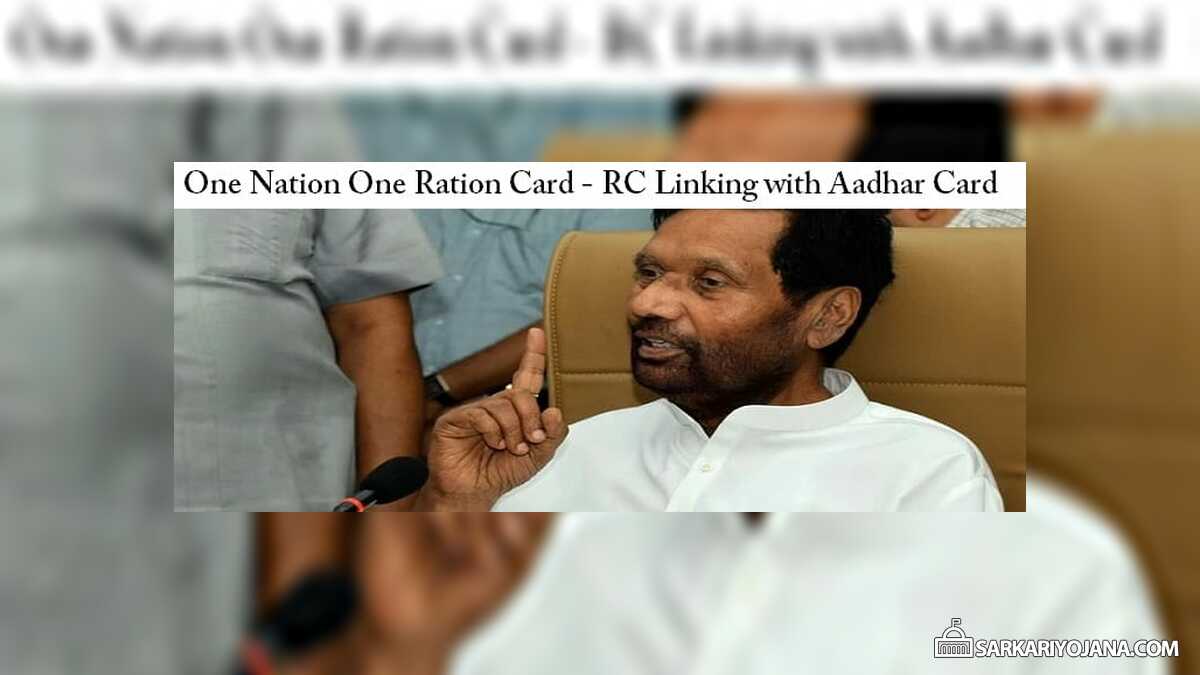 Central govt. has announced to launch One Nation One Ration Card for all the citizens of India including migrant workers & poor people. The One Nation One Ration Card Apply Online Standard Format is designed by the central govt. which is to be followed while issuing fresh ration cards. The central govt. is going to start Aadhar-Rashan Card linking. The primary purpose is to ensure food security and giving freedom to beneficiaries to purchase ration from any PDS shop

Aadhar Ration Card linking will ensure that no person is deprived of getting subsidized food grains under Food Security Scheme when he migrates from one place to another. Accordingly, the linking of Ration Card with Aadhaar Card would reduce corruption and enable beneficiaries to get Rashan from any PDS shop across the country. .

Latest Update (14 May 2020) To ensure national portability of ration to benefit migrant workers, central govt. will start One Nation One Ration Card Scheme. From August 2020, 67 crore migrant workers in 23 states would benefit from this scheme which is around 83% of total PDS beneficiaries. 100% beneficiaries coverage under 1 Nation 1 Ration Card Scheme to be achieved till 31 March 2020.

In order to achieve the aim of national portability, it is necessary that ration cards issued by different states and union territories conform to a standard format. Accordingly, a format for standardised ration card has been prepared for issue of ration card under the NFSA. The state governments are advised to use this new format whenever the states decides to issue new ration cards under One Nation One Ration Card Scheme. The important features of One Nation One Ration Card Apply Online Format are as follows:-

One Nation One Ration Card by Central Govt.

Under the One Nation One Ration Card initiative, eligible beneficiaries would be able to avail their entitled foodgrains under the National Food Security Act (NFSA) from any Fair Price Shop in the country using the same ration card. National portability of Ration cards will ensure all beneficiaries especially the migrants in getting access to Public Distribution System (PDS) across the nation. So the Narendra Modi govt. is working towards the One Nation One Ration Card Scheme.

PDS is creating a central repository of Ration Cards to help national level de-duplication. People would get their quota of food grains from any PDS shop located nearby them in any district across the nation. Ration Card holders would not be tied to any of the PDS shop and thus would reduce their dependence on shop owners. The biggest beneficiaries would be migrant labourers who moves to other states to seek better job opportunities and will ensure their food security.

Digitization of ration card i.e linking of ration card with aadhar card is an essential process. The availability of PoS (Point of Sale) machines need to be ensured at all PDS shops to implement the 1 Nation 1 Ration Card scheme. The central govt. has set a target to complete the formalities of scheme within 1 year. Around 78% of Fair Price Shops (FPS) have so far been automated by installing electronic PoS devices.

IMPDS system is already applicable in Andhra Pradesh, Gujarat, Haryana, Jharkhand, Karnataka, Kerala, Maharashtra, Rajasthan, Telangana and Tripura. Here people get rashan on subsidy from any district in state. Department of Food and Public Distribution is a lifeline for beneficiaries. Under this department, 612 lakh tonnes of food grains is stored in warehouses of CWC, SWC, FCI and private godowns and is distributed to 81 crore people annually. Under the NFSA, about 75 crore beneficiaries have been covered so far against the target of 81.35 crore people.

Other Initiatives along with Digitization of Ration Card in India

The central govt. is also working on some other initiatives along with the digitization of ration cards in India which are as follows:-

Information Technology must be used right from the time of purchase of foodgrains till distribution to increase overall efficiency.

There are 4 comments on this article | leave a replyTags: Sarkari Yojana 2020

Karan Chhabra at Sarkari Yojana
Related Content
PM Kisan Samman Nidhi Yojana List 2020 – How to Check Kisht Status at pmkisan.gov.in Portal PM Awas Yojana 1BHK Rental Housing Scheme for Migrant Workers / Urban Poor [Houses on Rent]
Disclaimer and Notice: This is not the official website for any government scheme nor associated with any Govt. body. Please do not treat this as official website and do not leave your contact / personal such as Aadhar Number or Mobile No. information in the comment below. It is not possible for us to reply to each comment/query, neither we can address the complaints regarding any scheme. We request all our visitors to visit the official website of the concerned department / authority for any complaint, query about the scheme / information published on this website.