Central government has launched Mera Ration App for One Nation One Ration Card Scheme beneficiaries. Mera Ration Mobile App Download is now available at google play store for android smartphone users. This app would enable the ONORC beneficiaries to get food from fair price shops easily. In this article, let us know that how you can download this Mera Ration App through direct link which is mentioned here.

The page to download Mera Ration App from google play store will appear as shown below:-

Mera Ration App for ONORC Beneficiaries to Get Food from FPS

One Nation One Ration Card scheme ensures distribution of subsidised foodgrains to ration card holders under NFSA. People can lift the entitled foodgrains from any Fair Price Shop (FPS) anywhere in the country by using their same/existing NFSA ration card after biometric/Aadhaar authentication on an electronic Point of Sale (ePoS) device. Under this scheme, beneficiaries will continue to get Rice, Wheat and Coarse Grain at the rate of Rs. 3, Rs. 2 and Rs. 1 per Kg respectively in other states as well.

Under the govt’s One Nation One Ration Card programme, Mera Ration app was launched on 12 March 2021. This aims at nationwide portability of ration cards under National Food Security Act (NFSA). The App is currently available in English and Hindi. More functions will be added to the app in the coming days. The App will be soon available in 14 languages. At present One Nation One Ration Card programme covers 36 states and Union Territories.

Beneficiaries of One Nation One Ration Card (ONORC)

Currently, ONORC covers nearly 78 crore NFSA beneficiaries, which means 98% of the population is already covered in these 36 states through this scheme. Department of Food and Public Distribution data reveals 23.26 crore people have already taken the benefits of the One Ration card scheme. During the peak COVID-19 period – from April 2020 to February 2021, a total of about 15.4 crore portability transactions have been recorded under ONORC.

During the peak COVID-19 period – from April 2020 to February 2021, a total of about 15.4 crore portability transactions have been recorded under ONORC. The central govt. is collaborating with other ministries and departments to reach out to migrant NFSA beneficiaries.

This technology-driven reform enables the migrant beneficiaries to get their entitled quota of food grains from any electronic point of sale (e-PoS) enabled fair Price Shops of their choice anywhere in the country. 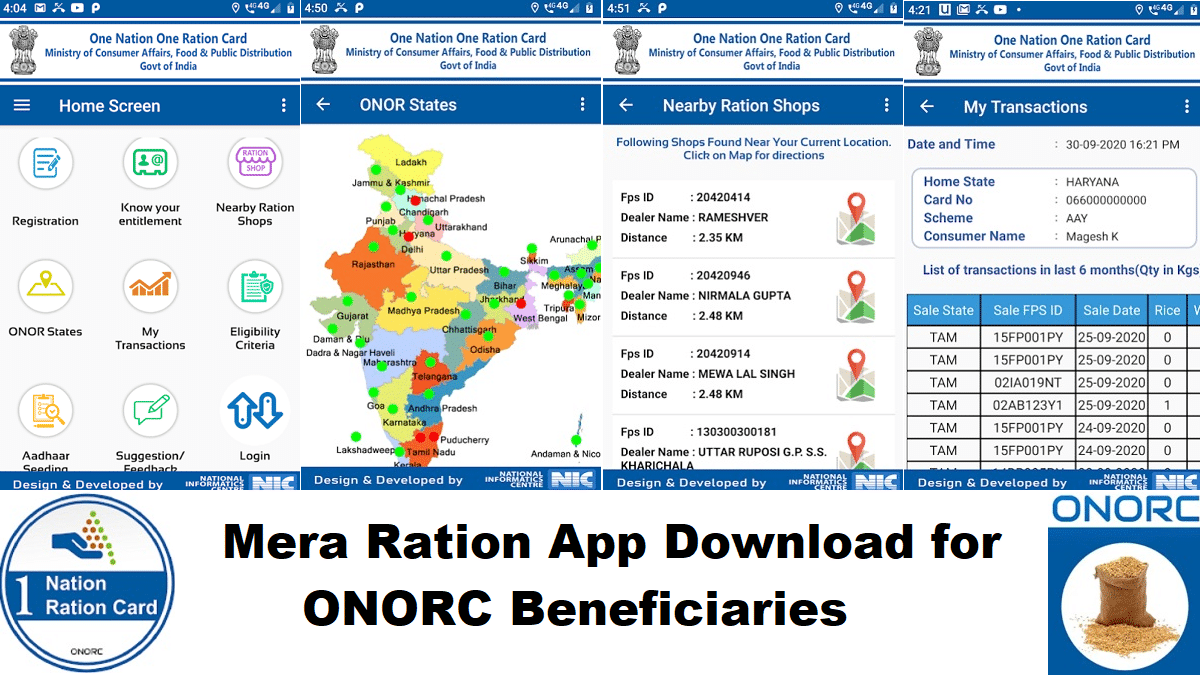