Pura Kaam Pura Daam Campaign 2021 has been launched by the Rajasthan government on 2 November. The state’s Rural Development Department has launched Poora Kaam Poora Daam Abhiyan to motivate and mobilise MGNREGA workers. It would help in completing work assigned to the workers so that they can get full wages and also ensure it by improving worksite management. The file has been sent to the Chief Minister Ashok Gehlot for approval.

Rajasthan Pura Kaam Pura Daam Campaign is launched for workers working under Mahatma Gandhi National Rural Employment Guarantee Act (MGNREGA) Scheme. Although the maximum wage under MGNREGS is Rs. 220, workers are being paid as per the amount of work done against task assigned to them. The low rate of wages indicates poor worksite management.

Mates Workers are not motivating their fellow workers to complete their assigned task, however few workers are doing their job properly. There is some ignorance about the amount of task to be assigned to workers by technical staff and mates. These points would be improved and corrective measures would be taken under the Poora Kaam Poora Daam Campaign.

The state govt. of Rajasthan will do the following things for the implementation of Pura Kaam Pura Daam Campaign:-

The average wage rate in Rajasthan is Rs 162. Discrepancies were noticed in the payment of wages over the past 4-5 years. Those who work sincerely and those who don’t, earn the same amount. It has been observed that due to low wage rate, the overall loss incurred by Rajasthan labourers is around Rs 2,400 crore.

The technical staff and the mates (worksite supervisors) are responsible for this as they adopt fraudulent means in release of payments. Poor people are worst sufferers due to this. In the current situation, under pressure to increase average wage rate, they are making higher payments for less work (for example: Rs 180 paid for performing 10% task). This affects assets creation badly.

So, the state govt. of Rajasthan has started Pura Kaam Pura Daam Campaign about 3 years ago. Earlier, govt. had started it in Ajmer and it turned out to be a huge success. Assets creation got a boost through this campaign and is still being run in few districts. 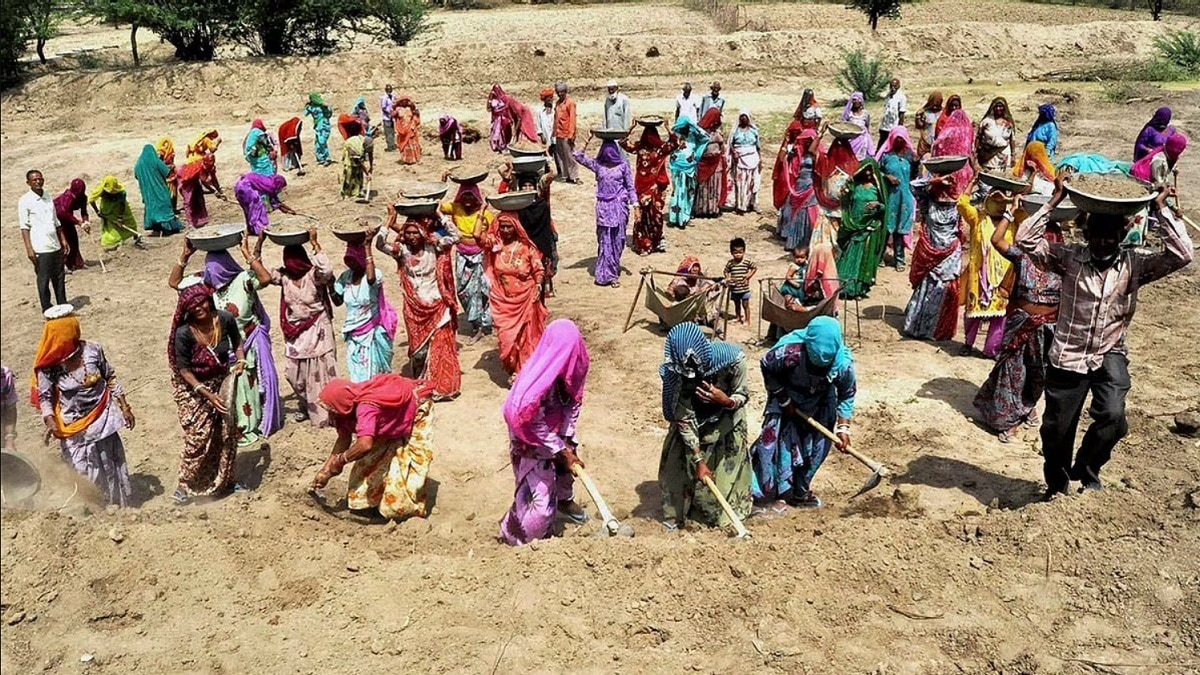