Pradhan Mantri Awas Yojana Loan Scheme 2023 Tenure: Central government cabinet has approved the extension of the loan tenure under the Credit Linked Subsidy Scheme component of Pradhan Mantri Awas Yojana – Urban. The loan tenure which was earlier maximum 15 years has been extended to 20 years, means lower EMI’s for the home loan borrowers. In addition to CLSS for EWS, LIG Category, the government has also introduced a new CLSS loan scheme for the middle income group of the society.

The government has now also increased the PMAY home loan tenure from 15 to 20 years. As per the earlier scheme, people with annual income below Rs. 6 lakh can avail housing loans under the Pradhan Mantri Awas Yojana with interest subsidy of 6.5% for a maximum 20 years. The earlier scheme is however kept unchanged and new PMAY home loan schemes have been introduced. Below are the details of new income eligibility criteria for availing home loans under Pradhan Mantri Awas Yojana – Urban.

The maximum loan tenure for the earlier scheme was 15 years but now PMAY beneficiaries can avail housing loan for up to a maximum of 20 years from any of the PLI’s, Banks & HFC’s for Home Loan under PMAY.

As per the new home loan scheme, people having annual income of up to Rs. 18 Lakh can avail housing loan benefits under PM Awas Yojana for urban. The government is already disbursing loans under the earlier scheme for which the maximum annual income is 6 Lakh. The loans under the PMAY home loan schemes can be availed for new construction, purchase of a house or for refurbishing a houses which not suitable for habitation.

The benefits of the scheme can also be availed by the government employees provided they pay the income tax.

The government is inviting online applications for PMAY for assessments of candidates through its official website pmaymis.gov.in

Ministry of Housing affairs, Central govt. had earlier given its in-principle approval for the provision of Lock-in period. Official announcement for the same was made by the Union Cabinet. This notification will ensure that PMAY Scheme will benefit only those people who wants to purchase house for their own use.

This provision will avoid any misuse of this govt. “Housing For All” scheme. The main purpose of PMAY Scheme is to provide homes to needy & poor people.

PMAY Homes to Have Lock-in Period of 5 Years

All the people can avail benefits of PMAY Scheme including those who wants to sell properties at higher rates. If people buy homes at cheaper loan rates under PMAY and sell it to any property dealer at market price, then the purpose of scheme is not served. Lock-in period will avoid and help in tackling such situation. The primary objective is to provide own-roof to every homeless person. That is why, such a huge amount of subsidy is being given to the people for construction & renewal of houses. To avoid any misuse of Pradhan Mantri Awas Yojana, provision of lock in period of 5 years is an important and essential step.

Central govt. has taken various measures, change old rules and has implemented new rules in order to increase the scope and coverage of PMAY. If the annual income of any person is upto Rs. 18 lakh, then he/ she can avail subsidy on houses upto 2150 sq.ft under Pradhan Mantri Awas Yojana (PMAY). On the purchase of houses, any MIG category person will get Interest subsidy on home loans and can save upto Rs. 2.3 to 2.35 lakh.

In urban areas, there are various provisions for affordable housing which includes Credit Linked Subsidy Scheme. Carpet Areas of Houses has been increased under CLSS component of PMAY U. CLSS is now expanded to include the Middle-Income Group (MIG) covering two income categories:-

Till 11 June 2021, the central govt. has given approval for the construction of around 112.52 lakh houses under PMAY. Construction is in various stages in more than 82.46 lakh houses and more than 48.31 lakh houses have been completed. Central assistance is Rs. 1.81 lakh crore out of which Rs. 96,067 crore has already been released. The total investment under PMAY Housing Scheme reaches to around Rs. 7.35 lakh crore.

Central govt. aims to construct 1 crore houses under PMAY Urban (PMAY-U) over a span of 7 years i.e from 2015 to 2022. The progress of Pradhan Mantri Awas Yojana (Urban) is shown below:-

This data is as of 11 June 2021. Now there is a Lock-in period period of 5 years for PMAY Houses. This will avoid misuse of CLSS under PMAY Housing Scheme. For more details PMAY Lock in Period, click the link – https://pmaymis.gov.in/

Now along with EWS / LIG category people, the middle income group of the society can also take home loans under the PMAY-U. If they are found eligible by the primary lending institutions, the interest subsidy will be credited to the home loan account of the beneficiaries.

The new Pradhan Mantri Awas Yojana loan scheme for Middle Income Group of the society will help reach the PMAY-U benefits to a larger group and help strengthen the mission of housing for all by 2022.

Recently Narendra Modi has also announced increase in the loan amount under PMAY from 6 lakh to 12 Lakh. Read the complete details about PMAY home loan subsidy / interest rates which were announced by Narendra Modi.

The government is inviting online applications for PMAY-U through two modes, first is assessment application through pmaymis.gov.in and second is through the common service centers across the country.

The complete details of the release about the amendment in CLSS for EWS/LIG and introduction of CLSS for MIG is available.

How to Apply for PMAY-U Loan Scheme

The eligible beneficiaries of PMAY can directly contact the banks and lending institutions to avail the housing loan under the scheme. The loan facility under Pradhan Mantri Awas Yojana Loan Scheme is being provided by several banks and non banking finance companies as listed at the link here – https://sarkariyojana.com/list-pmay-home-loan-banks-housing-finance-companies/

PM Awas Yojana Loan Scheme MIG Interest Rates & Subsidy: Pradhan Mantri Awas Yojana home loan scheme 2023 for middle income group (MIG) has been announced by the central government. The government has now included middle income group under the credit linked subsidy component of the scheme to provide interest subsidy on the housing loans. Under the scheme, the monthly installment for the housing loans taken will come down by Rs. 2000. The government has introduced two MIG categories, MIG-1 and MIG-2 under the new loan scheme.

Persons who have taken/applied for housing loan on or after January 1st 2017 would be eligible to take benefits of up to Rs. 2.35 Lakh under the scheme. Under the new PMAY home loan scheme for MIG, urban families with household income of up to Rs. 18 lakh per annum would be able to take benefits of the scheme. The government has signed MoU with 70 lending institutions for providing home loans to beneficiaries under CLSS for MIG.

You can now check the PM Awas Yojana Loan Scheme MIG Interest Rates in the table below:-

The total interest subsidy accruing on these loan amounts will be paid to the loan account of beneficiaries up front in one go there by reducing the burden of Equated Monthly Installment (EMI). Additional loans beyond the aforementioned specified limit, if any, will be at non-subsidized rate. There would be no processing fee charged by the PLI’s for applications under the CLSS. The PM Awas Yojana Loan Scheme MIG Interest Rates will remain applicable for the entire duration of the scheme.

Apart from the family as comprising of wife, husband and unmarried daughters and sons, single unmarried youth and earning young adults can also apply for the subsidy under the CLSS for MIG loan scheme. Women with overriding preference to widows, single working women, persons belonging to SC/ST, BC, Differently abled and Transgender people would be given preferences for loans under the scheme. To be eligible to interest subsidy under CLSS for MIG:-

PM Awas Yojana Loan Scheme MIG Interest Rates must be checked once before applying for the PMAY Home Loan Scheme.

As per the PM Awas Yojana Loan Scheme MIG Interest Rates, the EMI will be as follows:-

The government has also increased the loan tenure of the CLSS for EWS/LIG from 15 years to 20 years.

Along with the PM Awas Yojana Loan Scheme MIG Interest Rates, you can now check some earlier updates about the scheme. Here are some of the updates as released from time to time regarding PMAY CLSS MIG Housing Loan Scheme. ***Language of Writing is as of the update date***.

Ministry of Housing and Urban Affairs (MoHUA) has released a new notification on 12 June 2018 to boost Affordable Housing. This notification is regarding an “Increase in the Carpet Area of Houses Eligible for Home Loan Interest Subsidy under Credit Linked Subsidy Scheme (CLSS) under Pradhan Mantri Awas Yojana (Urban) for the Middle Income Group (MIG)”. Now the Carpet Area under CLSS Component of PMAY-U is increased from 120 square metre to 160 sq.m for MIG I and from 150 sq.m to 200 sq.m for MIG II.

After this decision of increasing the carpet area for housing loan interest subsidy, Construction sector will get a major boost and will lead to enhanced economic activity. Now more MIG people will qualify for Subsidy under PMAY-U. Moreover, this initiative will also work well with the Revised RBI Housing Loan Limits For PSL.

The important features and highlights of Interest Subsidy under CLSS component of PMAY Home Loan Yojana are as follows:-

MIG Segment plays a very vital role in the growth and development of economy of the country. CLSS for MIG People will support and help in realizing the dream of every family to own a house of their own.

The home loans subsidy under CLSS scheme of PMAY will be processed through the Central Nodal Agencies. Below are the contact & helpline details of the CNA’s

The assessment applications for PMAY-U are being invited through the online mode through official website pmaymis.gov.in of PM Awas Yojana. 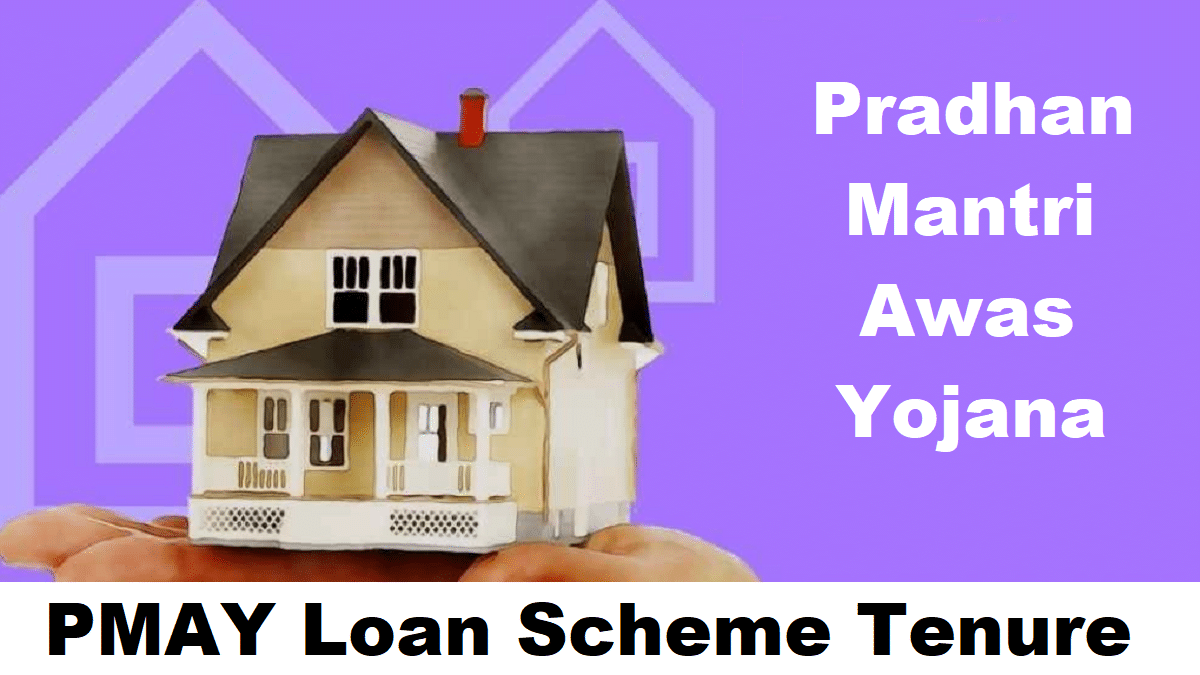