Ration Card in Haryana is a necessary document for the poor people to take benefits of most government schemes. Accordingly, people can purchase ration at subsidized rates from Ration Shops located nearby. Haryana Ration Card Apply Form PDF is now available for the general citizens of the state.

Haryana govt. has made this ration card new list public to make the process of finding name easier. Now candidates can search their name in the APL BPL List. For inclusion of their name in Ration card list (राशन कार्ड सूची), people can also download PDF of new ration card form in Hindi as given below.

In order to make fresh application for the Ration Card in Haryana, all the candidates can directly download the application form through the link given below:-

All the candidates can download the ration card application form for NFSA / AAY / BPL / CBPL / SBPL / OPH beneficiaries in Haryana through the link given below:-

There are following requirements for Ration Card in Haryana:-

The following documents are necessary to submit the Ration Card application form in Haryana:-

Haryana govt. will issue new ration cards for all the citizens whether BPL or APL candidates. It is necessary for getting ration through the distributors at various ration shops. Furthermore, all the citizens can check their name in the Haryana Ration Card New List 2018 at the official website of Food and Civil Supplies Dept. of Haryana.

Food and Civil Supplies Department of Haryana has released the Haryana Ration Card List (District Wise). All the citizens who have made fresh registration for the Ration Card can now check their name in the Eligible List of National Food Security Act (NFSA) / APL beneficiaries. Moreover, candidates whose name does not appears in the Ration Card New List 2019-2020 and wants to apply for name inclusion in new Ration card list can apply in the prescribed format.

The ration card in Haryana could also be used as a proof of identification for other documents like Domicile Certificate, for inclusion of your name in the Electoral Rolls etc. In addition to the permanent ration cards, all the states can also issue temporary Ration cards which would remain valid for a specified number of months and are issued for relief purposes. 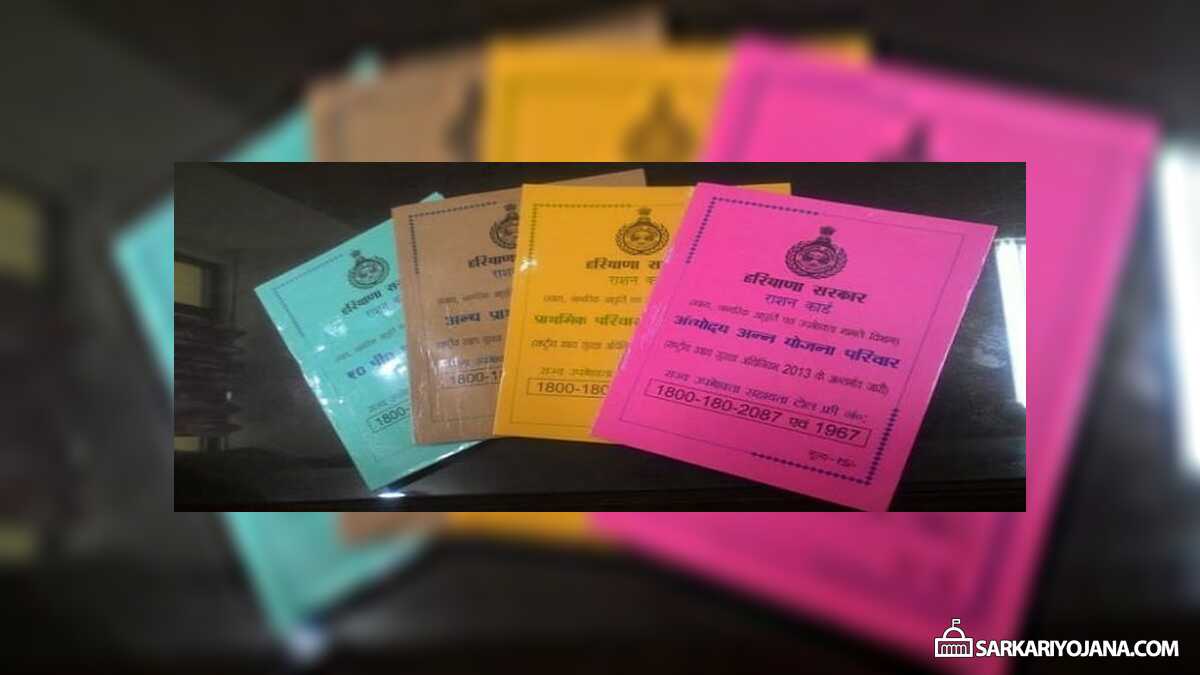