Swachh App, an Android and Windows Phone application has been launched to track real time sanitation coverage. The application has been launched by the Ministry of Drinking Water and Sanitation. This Swachh App serves as a tool to monitor the improvements in sanitation coverage in rural India, on a real time basis. Anybody can download it on their smartphone and view the the number of Household Toilets constructed for beneficiaries of the Swachh Bharat Mission Gramin programme of the Ministry of Drinking Water and Sanitation, Government of India.

Also, one can select the State, District, Block and Gram Panchayat name and get the number of toilets constructed in the selected area/locality. The application is available for download from Google Play Store and Windows Phone Store: Android App Download: https://play.google.com/store/apps/details?id=nic.rws

Following are the main benefits of the Swachh App

Shri Hardeep Singh Puri, Minister of Housing & Urban Affairs (MoHUA) had launched Swachh Manch Web Portal and Ease of Living Index on 10 August 2018. Parallelly, a slew of new initiatives like Swachh Survekshan and ODF+ & ODF++ Protocols were also be launched under Swachh Bharat Mission (SBM). Swachh Manch Portal enable people to participate in SBM and Liveability Index to give the national rankings to cities. People can access the Swachh Manch Portal at http://www.swachhmanch.in/

Central government had webcast the event live for states and cities to witness the launches from across the country. Ease of Living Index Dashboard enable the people to compare and analyse the performance of various liveability parameters. Swachh Manch Web Portal and Ease of Living Index are the 2 most important parameters to fulfill the PM Narendra Modi’s dream of Swachh Bharat (Clean India) till 75th anniversary of Mahatma Gandhi.

Central govt. had launched an initiative named Swachh Manch Portal. This is a web-based platform to bring together each and every stakeholder to contribute towards the Swachh Bharat Mission under a common platform. This platform allows stakeholders to create, invite and participate in various volunteer opportunities around their neighborhoods. People can access the Swachh Manch Web Portal at http://www.swachhmanch.in/

All the citizens and participating organizations can now upload the photo evidence on this Swachh Manch portal. This portal also contain the records of number of hours which a citizen has volunteered. This serve as an acknowledgement of citizens / organizations on the cause of “Swachhata”. Swachh Manch Portal is integrated with the already existing Swachhata App. It act as a Citizens Grievance Redressal platform to hear the complaints and provide solutions to the people.

Ease of Living assessment standards are related to Sustainable Development Goals (SDGs). This will provide boost to India’s effort to systematically track the progress of SDGs in urban areas. 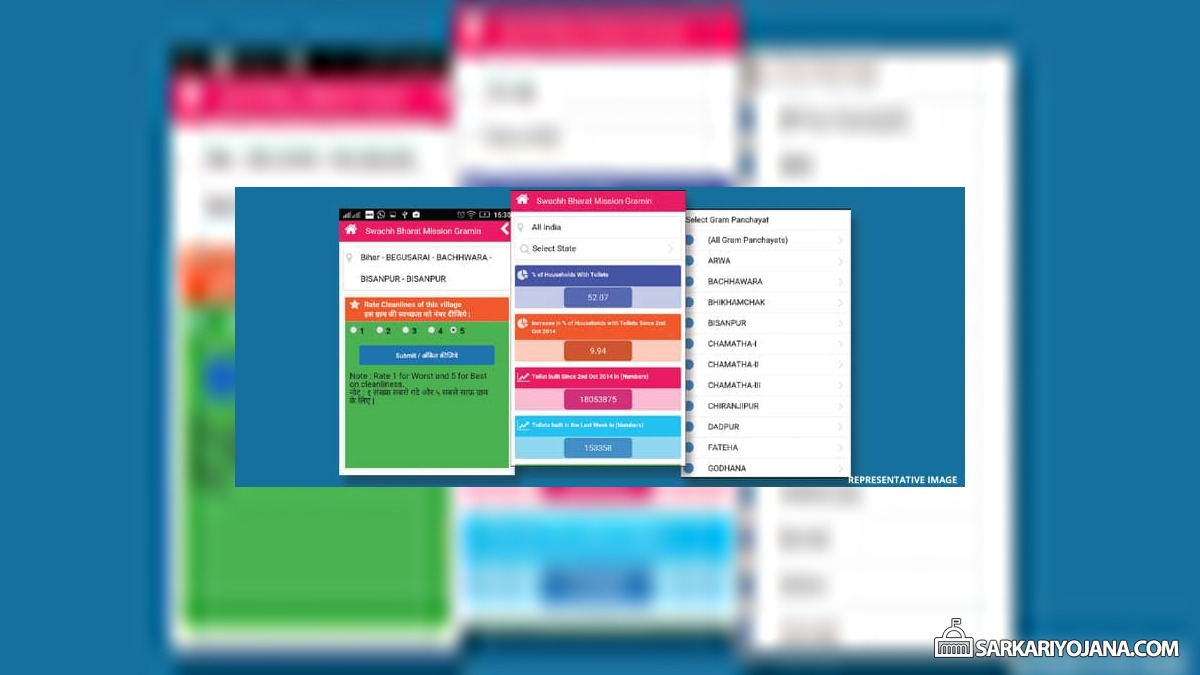