Cabinet committee has approved PM Mitra Scheme 2023 in which 7 mega textile parks are to be setup. The central govt. has allocated Rs. 4,445 crore for next five years under Pradhan Mantri Mitra Yojana. The scheme aims to establish “holistic integrated textile processing regions” across the country. Mega Integrated Textile Region and Apparel (PM MITRA) parks would integrate the currently scattered value chain of textile products. In this article, we will tell you about the complete details of PM Mega Investment Textiles Parks Scheme.

On 6 October 2021, cabinet approved seven new mega textile parks under PM Mitra Scheme. The new scheme aims to create world-class infrastructure with plug-and-play facilities that enable major investments in exports. The parks are a part of the government’s “Farm to Fiber to Factory to Fashion to Foreign” push and will generate 1 lakh direct & 2 lakh indirect employment per park.

Currently, the entire value chain of textiles is scattered & fragmented in different parts of the country. This includes:-

New PM Mitra Scheme will have 2 parts, with the larger component being development support. The government estimates the cost of setting up each park at an estimated Rs. 1700 crore. Out of this, upto 30% of the project cost or Rs, 500 crore in greenfield parks, and upto Rs. 200 crore in brownfield parks will be provided by the government as development capital support.

On the other hand, the first movers who establish anchor plants and hire atleast 100 people will also also get a competitive incentive support from the government. These businesses can secure upto Rs. 10 crore in a year for three years or a total of Rs. 30 crore under this formula. In addition, this will not be part of the existing PLI scheme.

PM Mitra Scheme was conceived with an aim to work in tandem with the production-linked incentive scheme (PLI) in the textiles sector. In September 2021 month, the central government had notified the Rs. 10,683-crore PLI, specifically aimed at boosting the production of man-made fibre (MMF) fabric, MMF apparel and technical textiles.

In the recent months, central government pushed by the Textiles Ministry had changed its basic parameters for PLIs. While most PLIs targeted high-value goods or those that would cut import dependence, synthetic fibres, which include rayon, nylon, polyester and acrylic, and technical textiles don’t come under either category. Both schemes together are expected to turn the tide on falling investments and decreasing productivity in the sector.

In terms of employment, the textiles and apparel industry in India is only behind the overall agricultural sector. Textiles sector provides direct employment to 4.5 crore people and 6 crore people in allied industries, according to Invest India, the government’s investment promotion arm.

India is among the world’s largest producers of textiles products and apparel. The domestic textiles and apparel industry contributes 5% to India’s GDP, 7% of industry output in value terms, and 12% of the country’s export earnings.

The share of India’s textiles and apparel exports in mercantile exports was 11% in 2019-20. Central govt. is now giving more emphasis on unique trade issues that have eaten away at India’s competitiveness in the global market for textiles. Indian companies and exporters have continuously lost market share overseas to more aggressive rivals from China, Bangladesh, and Thailand. This has been excruciatingly large in segments like apparel. 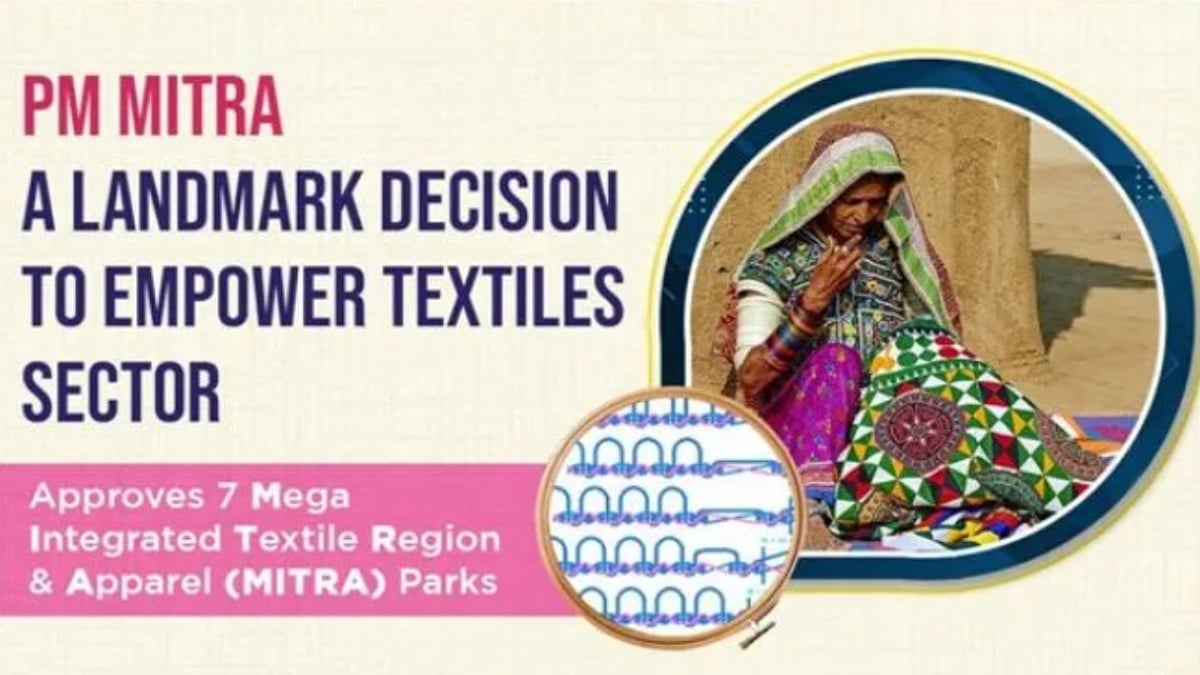