TN Free Tablet Computers Scheme 2023 is going to be launched by the Tamil Nadu government. In this scheme, the Tamilnadu state govt. will provide 3 lakh free tablet computer to govt. school students studying in classes 6th to 8th. An official announcement regarding launch of Tamil Nadu Free Tablet Computers Scheme is expected by 20 March 2022. The school education minister has given this information at an event held to distribute recognition letters to private nursery & primary schools.

As the COVID-19 pandemic outbreak has made students to suffer in their education. So, the Tamil Nadu state govt. has announced to launch a new TN Free Tablet Computers Scheme 2023. Around 3,00,000 students who are studying in class 6th to 8th in government schools will get one free of cost tablet computer each. For Higher secondary students in govt. and govt. aided schools, govt. is already running Tamilnadu Student Free Laptop Scheme.

How to Apply Online for Free Tablet Computers Scheme in TN

Just like free tablets, laptop, smartphone distribution schemes in other states like Karnataka etc, the state govt. of Tamil Nadu may invite TN Free Tablet Computers Scheme application form. To get tablet free of cost, each of the student in government schools in 6 to 8 standards may have to fill registration form for tab at the elcot.in website or at a new dedicated portal. The official notification for TN Free Tablets Scheme is not out yet & is expected to be out on 20 March 2022. As the guidelines are not released, it is still unknown about the apply online process for Free Tabs Scheme in Tamilnadu.

Only those candidates who fulfills the below mentioned criteria would be eligible for TN Free Tab Scheme 2023:-

Here is the complete list of documents for Tamilnadu Free Tablet Computers Scheme 2023:-

Below is the overview of TN Free Tablet Scheme 2023 as announced by School Education Minister on 18 December 2021:-

School Education Minister of Tamilnadu state has announced to provide free of cost tablet computers to around 3 lakh students. There are around 37, 211 government schools, out of these there are around 9,708 middle class schools in the state. Many students are not being able to follow the online classes. The tablet computers would help the students when they are pursuing their studies.

Tamil Nadu government had formulated a plan to replace 80,000 blackboards with smart-boards in government schools. An announcement on establishing 7,200 smart classrooms is expected after 15 March 2022. The state government has decided to create the post of a trainer each at 7,042 Atal Tinkering Labs (ATL). ATLs equipped with 3D printer and computers are set up in schools under a central scheme to make children innovators.

On reopening of schools, officials said that saving the lives of children is the priority of the government than reopening schools. A decision would be taken after consultation with stakeholders. The TN state government understood the issues faced by the self-financing schools due to Covid -19. Therefore, the government had released Rs. 370 crore in advance to private schools for seats filled under the Right to Education (RTE) Act in Tamilnadu. 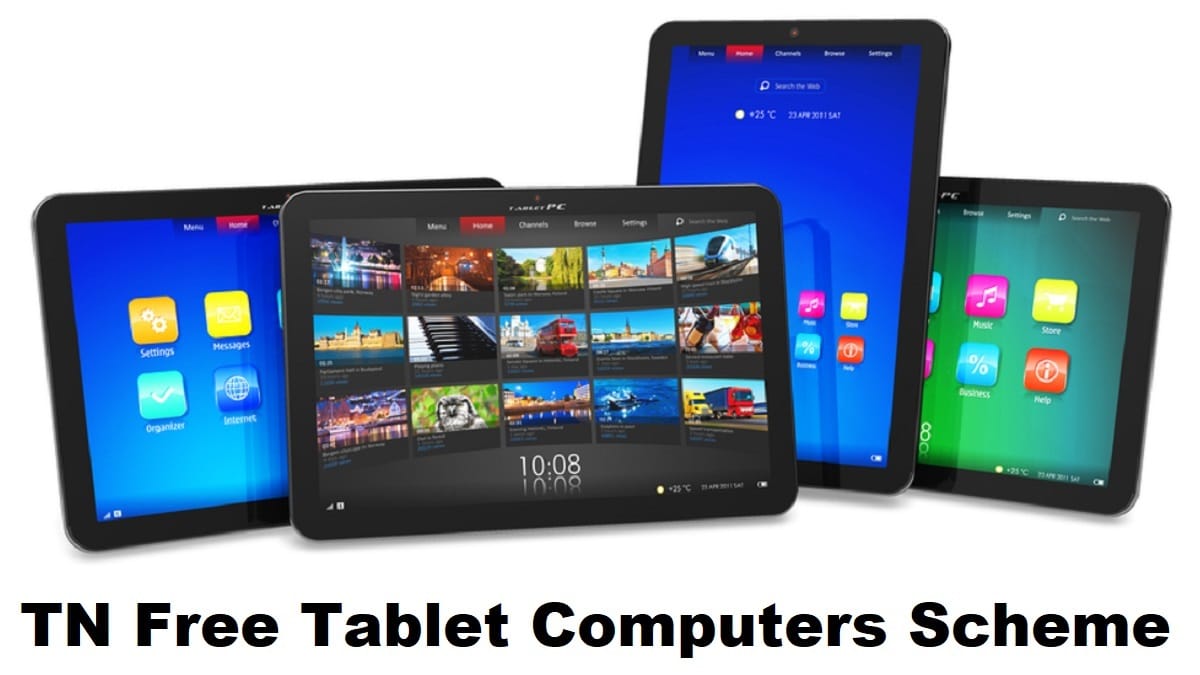