Telangana State Government has issued new guidelines of Single Women Pension Scheme under which every eligible single women would get Rs. 2016 per month as the pension. The scheme was launched on Telangana State Formation Day on 2nd June 2017. The beneficiary single women should not be enrolled in any other social security pension scheme or should not be a pensioner in any of the public or private pension scheme. In this article, we will tell you about the complete details about the Telangana Single Women Pension Scheme such as eligibility criteria, view payment status.

As per the new guidelines, the single women beneficiary should not be earning more than Rs. 1.5 Lakh annually in rural areas and Rs. 2.0 Lakh in urban areas. The “single women” is referred to married women of at least 18 years of age who is separated from her husband. The separation period should be at least one year. If the women does not have proof of separation period then the details could be ascertained by a local tehsildar.

There are about 2.4 Lakh single women in the state who would be benefited by the scheme as per the survey conducted by the PR & RD Department. The scheme would cost the state government approximately Rs. 34 Crore per month.

In case the single women remarries and or gets the permanent employment or economic stability, the scheme benefits would be discontinued.

The tehsildar can also conduct gram sabhas in GHMC areas for identification of eligible women for the pension scheme. In slums also, Tehsildar or deputy collector can conduct Ward Sabhas while the municipal commissioners can conduct ward sabhas in other urban local areas.

Details procedure of Application for Single Women Pension Scheme in Telangana can be checked.

All those people who wants to check status of financial assistance to Single Women (Married) can click at the link – https://www.aasara.telangana.gov.in/SSPTG/UserInterface/Portal/GeneralSearch.aspx

The page to Search Pensioner Details under Financial Assistance to Single Women (Married) in Telangana will appear as shown below:-

Here select the district, mandal, panchayat, name, head of family or enter Pension ID / SADAREM ID and click at “Search” button. Then the page with Telangana Single Women Pension Scheme Status will appear as shown below:-

In this manner, each eligible applicant women can view their payment status under Telangana Single Women Pension Scheme 2022.

Announcement of Pension Scheme for Single Women in Telangana

Telangana government had made an announcement to start a pension scheme for single women from poor families in Telangana to provide them financial support. Under Single Women Pension Scheme in Telangana, an amount of Rs. 1000 was provided in the form of pension in the 1st phase of the scheme which was later enhanced to Rs. 2016 per month.

The scheme will benefit single women whose annual income is below Rs 2 lakh and belong to BPL (Below Poverty Line) families. “Poverty inflicts more misery among women than men” keeping the point in mind, the government had decided to launch Single Women Pension Scheme under which a pension of Rs. 1,000 was to be provided to single women. And now this pension amount is raised to Rs. 2,016 per month.

As per the initial announcement, the district collectors had been directed to start registering details of single women eligible for the pension. And the request sent to all legislators to get eligible women enrolled under the scheme. At present, the government is providing pension to aged people, differently-abled person and widows under Asara scheme. A scheme to provide Rs. 2016 as monthly pension to women beedi workers is also under implementation.

To strengthen women, the Telangana government also launched Kalyana Laxmi and Shaadi Mubarak schemes to meet the wedding expenses of girls under which thousands of families benefited and received financial assistance. 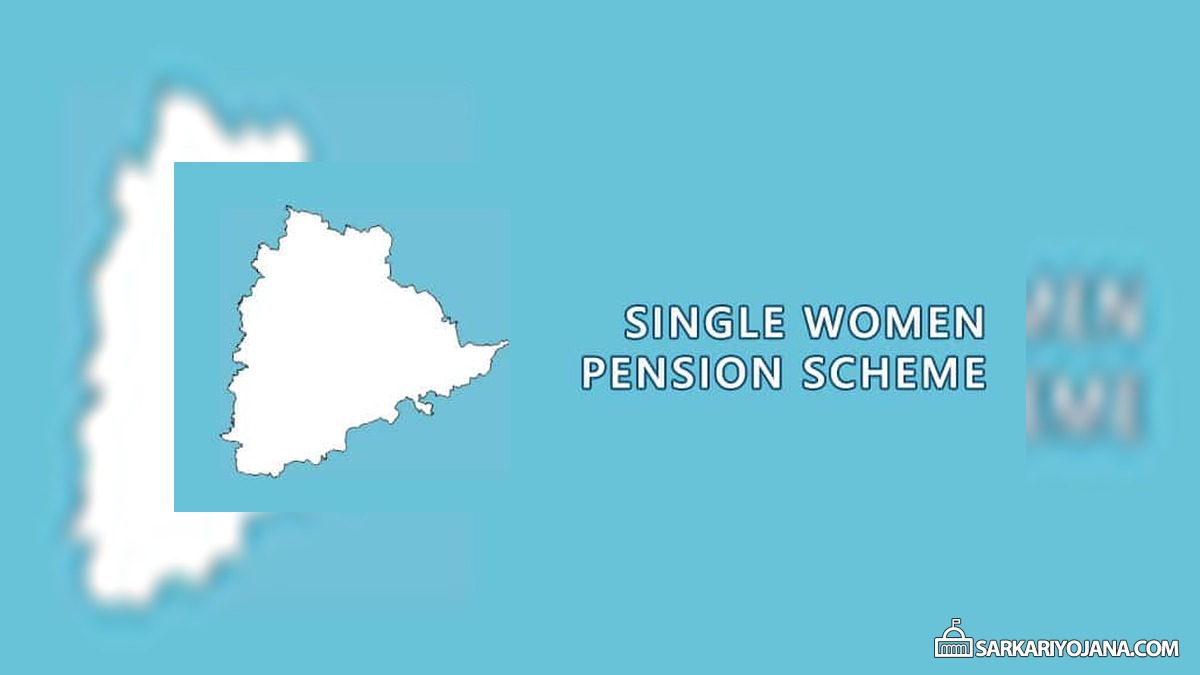