This KAAM programme aims to create jobs for unemployed and migrant workers while increasing domestic Agarbatti production substantially. KVIC had submitted KAAM to Ministry of MSME for approval in July 2020 and this project was approved on 2 August 2020. Soon KVIC’s Khadi Agarbatti Atmanirbhar Mission (KAAM) pilot project will be launched soon.

On full-fledged implementation of the KAAM project, thousands of jobs will be created in the Agarbatti industry.

As MSME ministry’s statement, KVIC has designed the Khadi Agarbatti Atmanirbhar Mission (KAAM) scheme on Public Private Partnership (PPP) mode. KAAM mission would require very less investment to create sustainable employment. The KAAM scheme will also help private agarbatti manufacturers to scale up agarbatti production without any capital investment by them. As part of the KAAM Scheme, KVIC will provide automatic agarbatti making machines and powder mixing machines to the artisans. This would be done through private Agarbatti manufacturers who will sign the agreement as business partners.

1000s of Jobs to be Created by KAAM Scheme

The central govt. has decided to procure only locally made machines by Indian manufacturers under the KAAM scheme. KVIC will provide 25% subsidy on the cost of the machines. It will recover the remaining 75% of cost from the artisans in easy installments every month. The raw material for agarbatti production would be provided to the artisans by the business partners. They will pay the workers wages on job work basis.

Even the cost of artisans training will be shared between KVIC and the private business partner. For training the artisans, KVIC will bear 75% of the cost while 25% would be paid by the business partner. As per the MSME ministry, each automatic Agarbatti making machine can make about 80 kg Agarbatti per day and provide direct employment to 4 persons. A powder mixing machine will be provided on a set of 5 Agarbatti making machines providing employment to two persons.

With the current job work rate, people can get Rs. 15 per kg for agarbatti making. Thus, 4 artisans working on an automatic agarbatti machine may earn minimum Rs. 1200 per day by making 80 kg agarbatti. This means every artisan can earn Rs. 300 per day. Even on the powder mixing machine, every artisan will get a fixed amount of Rs. 250 per day. Under the KAAM scheme, wages of the artisans would be provided by the business partners on a weekly basis directly in their accounts through DBT only.

The supply of raw material to the artisans, logistics, quality control and marketing of the final product will be the sole responsibility of the business partner. The ownership of machines would be automatically transferred to artisans after recovery of 75% of cost. For this purpose, two party agreement would be signed between KVIC and the Private Agarbatti manufacturer.

The announcement of KAAM scheme comes after the central government’s decision to restrict the import of raw agarbatti and increase the import duty on Bamboo sticks. These 2 decisions of central govt. has created huge employment opportunity in the Agarbatti industry. In order to encash the huge employment generation opportunity, the KVIC has designed Khadi Agarbatti Aatmanirbhar Mission program.

It is submitted to the MSME ministry for subsequent approval. At present, the total daily consumption of Agarbatti in the country is approximately 1490 MT per day. However currently India produces just 760 MT of Agarbatti daily which is expected to increase after implementation of Khadi Agarbatti Atmanirbhar Mission. 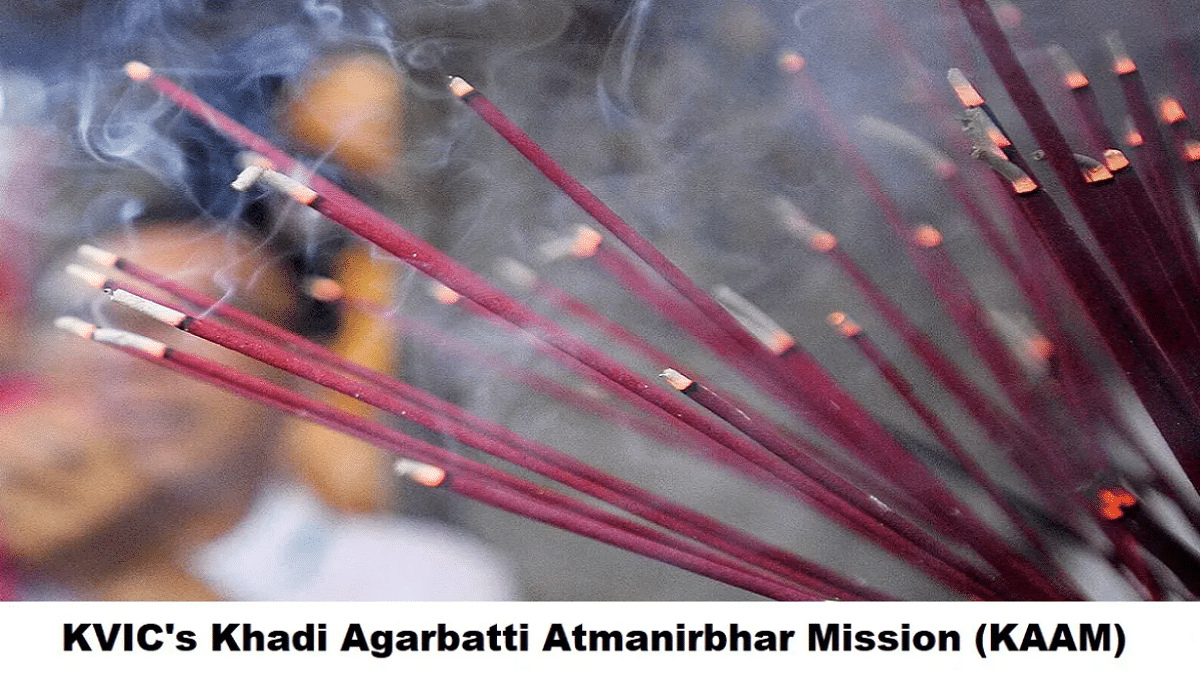