Ration Card is an essential document for the poor people to take benefits of most govt. schemes in Bihar. Most importantly, people can purchase Ration at subsidized rates from Ration Shops located nearby. Bihar govt. has made this list public to make the process of finding name easier. Now candidates can search their name in the APL BPL List.

For inclusion of their name in this list, people can also learn How to Apply Ration Card Online in Bihar and fill Bihar New Ration Card Application Form 2020. RCMS as well as NFSA report are available at the official EPDS portal of Bihar.

All the candidates who have earlier applied for the New Ration Card can check their name in the Bihar Ration Card List 2020 by name. Here is the complete procedure:- 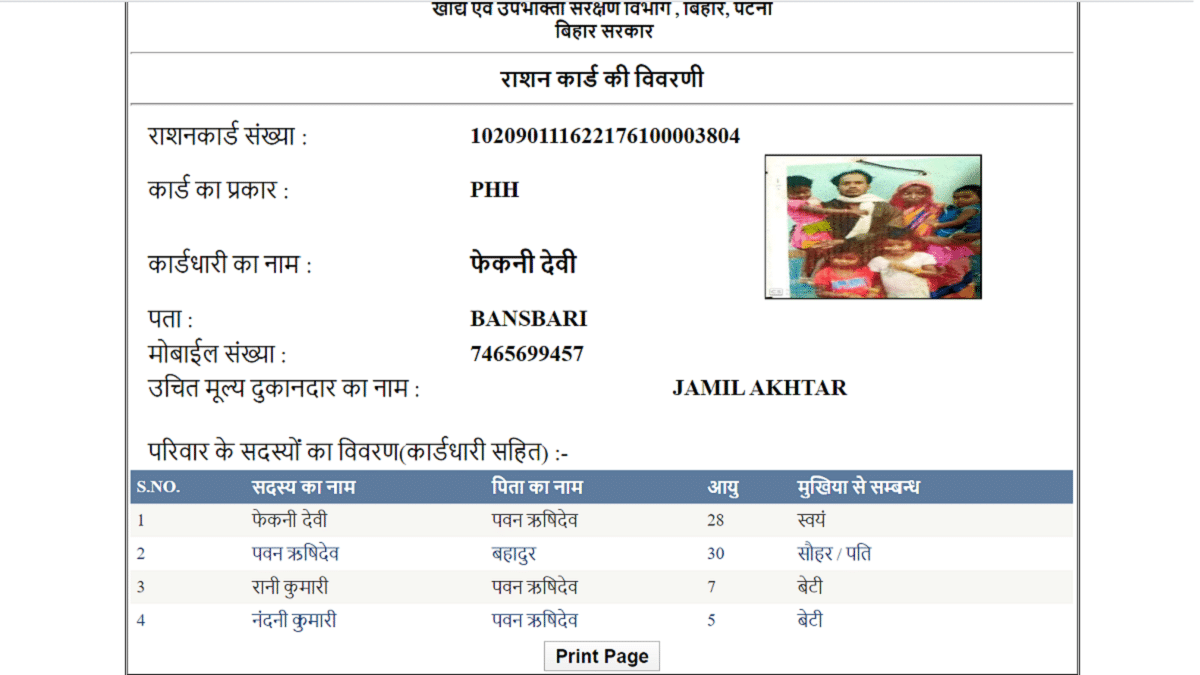 After finding your name in the recent Bihar ration card list, you can take a printout of the ration card. This printout can be shown at any of the Fair Price Shop to avail subsidized foodgrains in the entire state.

People can also check the National Food Security Act (NFSA) report through the link –
http://epds.bihar.gov.in/SummaryReportHomePage.aspx
The central govt. is also planning to implement One Nation One Ration Card Scheme 2020. Thus by downloading your ration card in Bihar, you will be able to take ration at subsidized rates from any PDS / FPS shop across the country whether in Bihar state or any other state.

There are 4 comments on this article | leave a replyTags: Ration Card, Sarkari List

Related Content
« Bihar Ration Card Apply Form 2020 PDF Download in Hindi (Online / Offline)
PM Kisan Samman Nidhi Yojna 2020 Apply Online Form / Beneficiary Status @ pmkisan.gov.in »
VIEWS:
Disclaimer & Notice: This is not the official website for any government scheme nor associated with any Govt. body. Please do not treat this as official website and do not leave your contact / personal such as Aadhar Number or Mobile No. information in the comment below. It is not possible for us to reply to each comment/query, neither we can address the complaints regarding any scheme. We request all our visitors to visit the official website of the concerned department / authority for any complaint, query about the scheme / information published on this website.