Aam Aadmi Party (AAP) supremo Arvind Kejriwal kickstarts Punjab Women Rs 1000 Scheme Registration on 7 December 2021. Under this scheme, AAP party in Punjab will provide Rs. 1000 per month to each girl / women above the age of 18 years. In this article, we will tell you about how to apply online / offline for Rs. 1000 to all Punjab women scheme.

What is Punjab Rs. 1000 Scheme for Women

Kejriwal had recently announced that Aam Aadami Party AAP) will soon start Rs. 1000 scheme. In this scheme, every woman who is 18 and above years of age will get Rs. 1000 per month in their bank accounts. Delhi Chief Minister Arvind Kejriwal has already launched the registration drive for his proposed scheme of crediting Rs. 1000 into the account of every woman in Punjab. He claimed that the welfare scheme will be funded by stopping the Rs. 20,000 crore illegal sand mining business, which he alleged, is filling the pockets of Punjab ministers.

Addressing a large gathering of women in Sarai Khas village under Kartarpur assembly segment in Jalandhar district, AAP leader Arvind Kejriwal said, “AAP will stop the theft of Rs. 20,000 crores of illegal sand mining business in the state and credit that money in the accounts of women and there would be enough money”.

Any women beneficiary can apply for Rs. 1000 per month through offline mode only. It must be noted that there is neither any apply online process nor any dedicated portal to fill application form for Punjab Women Rs 1000 Scheme. Punjab Rs 1000 scheme for women is only a mega announcement (till date) made by AAP party made in its run to assembly elections in the state. It is expected that Aam Aadmi Party in Punjab will soon start providing Rs. 1000 financial assistance every month to each women (whether poor or rich). It is a guarantee of Delhi CM Arvind Kejriwal.

You might be thinking that if there is no apply online process, no portal but only offline method is available for Punjab Rs 1000 Scheme for women, then how come one women apply. The answer comes from CM Arvind Kejriwal address at a public meeting where he said that volunteers will come in every ward, block, gram panchayat and at the lowest level of residence. The volunteers will fillup registration form of Punjab Rs 1000 scheme for women. Each girl above the age of 18 years can apply through this offline method.

On Former Chief Minister Charanjit Singh Channi accusing him of turning the state’s women into “beggars”, Kejriwal said: “I just want to ask him (Channi) that are not those beggars who have been looting state for years by indulging in illegal sand mining?” He alleged that Punjab’s former leaders and several ministers were involved in it. Kejriwal also said that if there are five women in a family who are eligible for the cash transfer scheme, they will all get Rs 1000 in their accounts every month.

“AAP Supremo Kejriwal says that I don’t have any sense of wearing clothes. I don’t bother about my clothes but I want that you all should get good suits for yourself from the first instalment and show Channi that your dark-complexioned brother has given it to you,” he said. 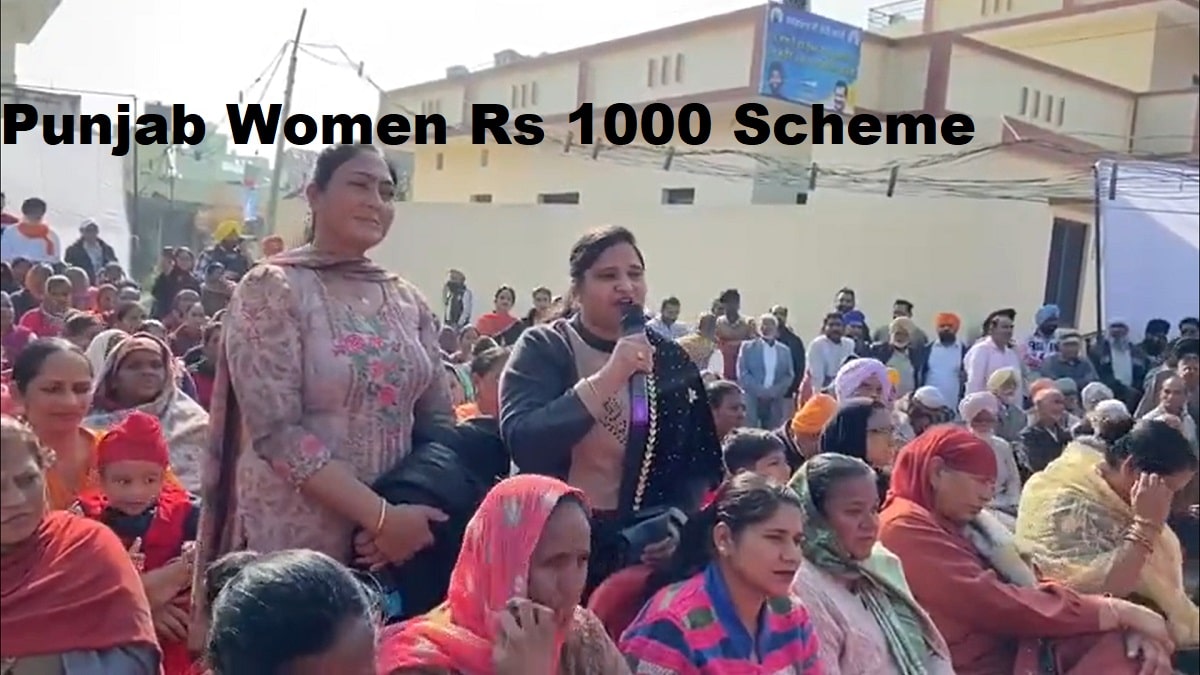