State Goods and Services Tax (SGST) department Kerala government has launched Lucky Bill App to check tax evasion. The state government is offering prizes to the public who upload GST invoices after making their purchases. Kerala Lucky Bill Mobile App is available to download from google playstore for android smartphone users. In this article, we will tell you how you can download Lucky Bill App from google play store or through official website at keralataxes.gov.in

An official platform of the State Goods and Services Tax Department, Government of Kerala, for consumers in Kerala to upload GST invoices/bills, participate in lucky draws and win exclusive prizes. Lucky Bill App is a unique platform introduced for the first time in India to promote “Ask for Bills”. LuckyBillApp adds value to your bills through lucky draws. Download and install the app on your mobile, upload your GST bills, participate in the Lucky draws and win rewards in the form of gift vouchers, gift packages and cash prizes subject to the conditions. The gifts are facilitated by State Government Agencies / Public Sector Undertakings.

The LuckyBillApp gives you the opportunity to support the efforts of the State Goods and Services Tax Department to ensure tax compliance among the tax payers and contribute to the development of the State. By installing the LuckyBillApp you agree to the terms and conditions thereto. Lucky Bill scheme is designed to encourage consumers to demand bills on making purchases and force traders to issue accurate bills. The Kerala state government calculates that this, in turn, will lead to a marked increase in tax revenues.

Prizes worth Rs. 5 crore are offered annually under Lucky Bill Scheme. Bills uploaded via the app stand to win prizes through daily, weekly, and monthly draws in addition to a bumper prize of Rs. 25 lakh. Prizes for the daily draws consist of a Kudumbashree gift packet worth Rs. 1,000 each for 25 winners and a Vanasree gift packet worth Rs. 1,000 each for 25 winners. The weekly prize consists of a three-day/two-night free stay offered by the Kerala Tourism Development Corporation for 25 winners. The monthly draw carries a first prize of Rs. 10 lakh and second prize of Rs. 2 lakh each for five persons.

STEP 2: Click at the “Lucky Bill” option and then the Lucky Bill App portal will open as shown below:-

You can win prizes worth Rs. 5 crores through Lucky Bill mobile app in a year. Here are some important features regarding Lucky Bill app:-

Kerala govt. was likely to be deprived of Rs. 23,000 crore this fiscal alone due to the cut in fiscal deficit grant and discontinuation of the GST compensation. On the other hand, Kerala had registered a 29% growth in GST revenues in July this year (₹2,161 crore) compared to July 2021 (₹1,675 crore), according to data released by the Centre. 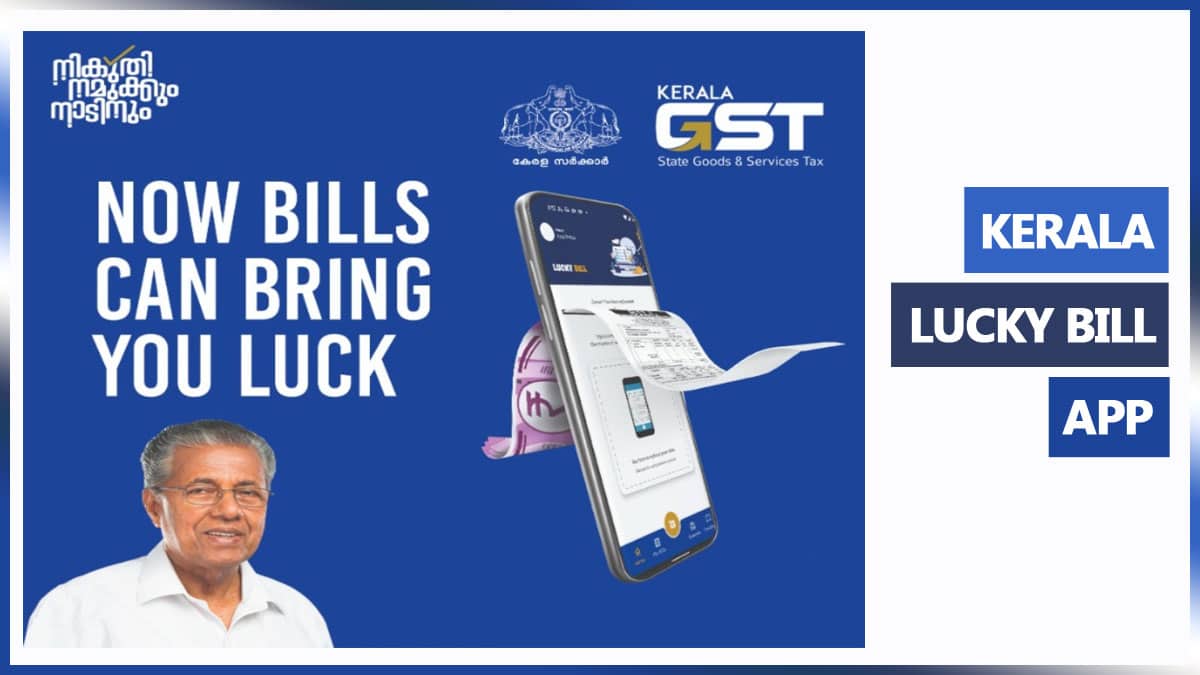