Tamil Nadu Kalaignar Nagarpura Membattu Thittam (KNMT) 2023 has been rolled out by the MK Stalin led DMK government. It is an ambitious Rs. 1000 crore Urban Infrastructure Development Scheme to fulfil the infrastructural gaps in the urban local bodies, especially municipalities and town panchayats. In this article, we will tell you about the complete details of KNMT programme.

Each urban local body will embark on detailed surveys in a ward-wise manner. ULB’s will also prepare an urban development plan (UDP) to get to know the availability of basic infrastructure and the gaps that should be fulfilled. The state has 14 corporations, 121 municipalities and 528 town panchayats. While Smart Cities Mission and AMRUT improve the infrastructure of 11 corporations and 28 towns, the state government has come up with new Kalaignar Nagarpura Membattu Thittam Scheme to support the municipalities and the town panchayats.

In Tamil Nadu Kalaignar Nagarpura Membattu Thittam Scheme, there is a provision of 100% household tap connections, sewer links, roads are capital-intensive schemes and mostly the prominent areas of the urban local bodies are covered. Infrastructure gaps exist in many backward areas/slums and newly added areas of the municipalities and town panchayats. Municipal administration and water supply secretary, Shiv Das Meena, said in an order justifying the decision to give preference to these areas under KNMT.

The detailed surveys will look into availability of water supply, sanitation, internal roads, streetlights, burial grounds/crematoriums, and other community infrastructure. As far as roads, a detailed road network plan will be prepared, including all major roads of various agencies, national and state highways, and municipalities and town panchayats (access and interior roads). With respect to water supply, total demand, supply and future needs will be incorporated, based on which a “city water balance plan” will be prepared for each local body.

Apart from water supply, streetlights and roads, the guidelines issued for the implementation of the Kalaignar Nagarpura Membattu Thittam Scheme also suggested community infrastructure like community halls, markets and modern libraries with computers to assist the students and job aspirants. Modern bus stands, rejuvenation of water bodies, procurement of vehicles for solid waste management, development of parks, playfields, construction and renovation of public toilets will be encouraged under KNMT. Tamil Nadu Urban Finance and Infrastructure Development Corporation Limited (Tufidco) is the nodal agency for KNMT.

“The commissioners of municipal administration and town panchayats will send the proposals to the nodal agency and it will appraise and put up the proposals to the project sanctioning and monitoring committee for approval and administrative sanction,” Shiv Das Meena said. Work within places of worship or land belonging to or owned by religious faiths/groups, acquisition of land, assets for individuals and work in government-aided, self-financing schools and colleges are among those prohibited under the KNMT. 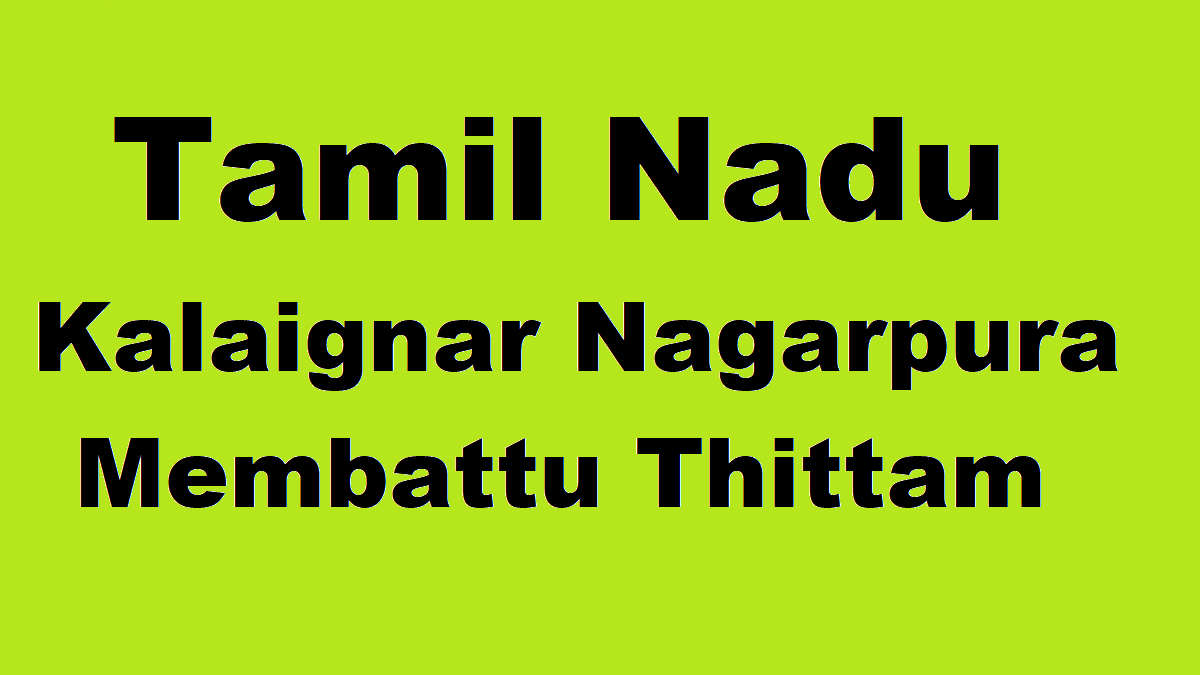