Jharkhand government has announced to launch Guruji Kitchen Scheme 2022 on 3 March 2021. The state finance minister praised the previous govt. for Mukhyamantri Dal Bhat Yojana and to carry forward this initiative “Guruji Kitchen Yojana” would be formulated. In this article, we will tell you about the complete details of the new meal scheme in the Jharkhand state for poor people.

While presenting the Jharkhand Budget 2022, FM Rameshwar Oraon has announced to start Guruji Kitchen Scheme. In this scheme, govt. will provide meals at Rs. 5 to poor people.

Finance Minister mentioned that a few years ago, he had visited the Mukhyamantri Dal Bhat Kendras in remote places of Gumla and Lohardaga districts. He himself ate at these centres a couple of times. They served rice, pulses and vegetables. The quality of the meal was good and hence, Jharkhand govt. decided to strengthen the earlier Daal Bhaat Scheme.

The Jharkhand state govt. will now open more centres under the name Guruji Kitchen. Currently, there are 377 Dal Bhat Kendras across 24 districts of the state. Out of these, 11 Daal Bhat centres operate as night centres. While the existing centres will remain, the Jharkhand government, through the new scheme, will increase their numbers and strengthen the infrastructure and improve the hygiene of the existing ones.

These Mukhyamantri Daal Bhaat Centres are operated by self-help groups which feed people with the following:-

The per plate cost under Mukhyamantri Dal Bhaat Yojana is Rs. 5. Meals will be served at Rs. 5 a plate in the same manner in Guruji Kitchen Scheme, but the nutrient value of food will be improved. The state govt. supplies rice to these SHGs at Rs. 1 per Kg while the district administration procures pulses, fuel and other items through open tenders. These centres usually feed between 50 and 200 people each day.

As per the reports on formal launch date of Guruji Kitchen, it is expected to be launched in the new financial year. Shibu an incumbent MP and a former chief minister of Jharkhand is also fondly addressed as Dishom Guru by JMM functionaries and his followers. So, the name of existing CM Dal Bhat Yojna has been changed to Guruji Kitchen.

The state govt. of Jharkhand will use the funds allocated for Mukhyamantri Dal Bhat Yojana for the new Guruji Kitchen Scheme implementation. In FY 2019-2020, the erstwhile Raghubar Das government had allocated Rs. 70 crore for the scheme.

Launched in 2011 by former chief minister Arjun Munda, the scheme was strengthened during the tenure of Das (2014-2019). In urban areas, non-profit organisations were roped in under the scheme to provide hygienic meals on wheels at Rs 10 a plate. In the 2019 poll canvassing, Raghubar Das had announced to start Mukhyamantri Canteen Yojana if voted to power.

Earlier Jharkhand govt. led by former CM Raghubar Das had launched Mukhyamantri Annapurna Yojana. This scheme was launched to provide meals to poor people which now stands closed. Under this CM Annapoorna Yojana, the state govt. was providing fresh and full tummy meals to hungry people in just Rs. 10. In first phase, govt. had started pilot project of Rs. 10 Meal Scheme in Ranchi, Dumka, Jamshedpur, Dhanbad, Bokaro and Palamu which was extended in later phases. This scheme was started to reduce Infant Mortality Rate (IMR) and ensure proper nutrition to all especially to women and children. 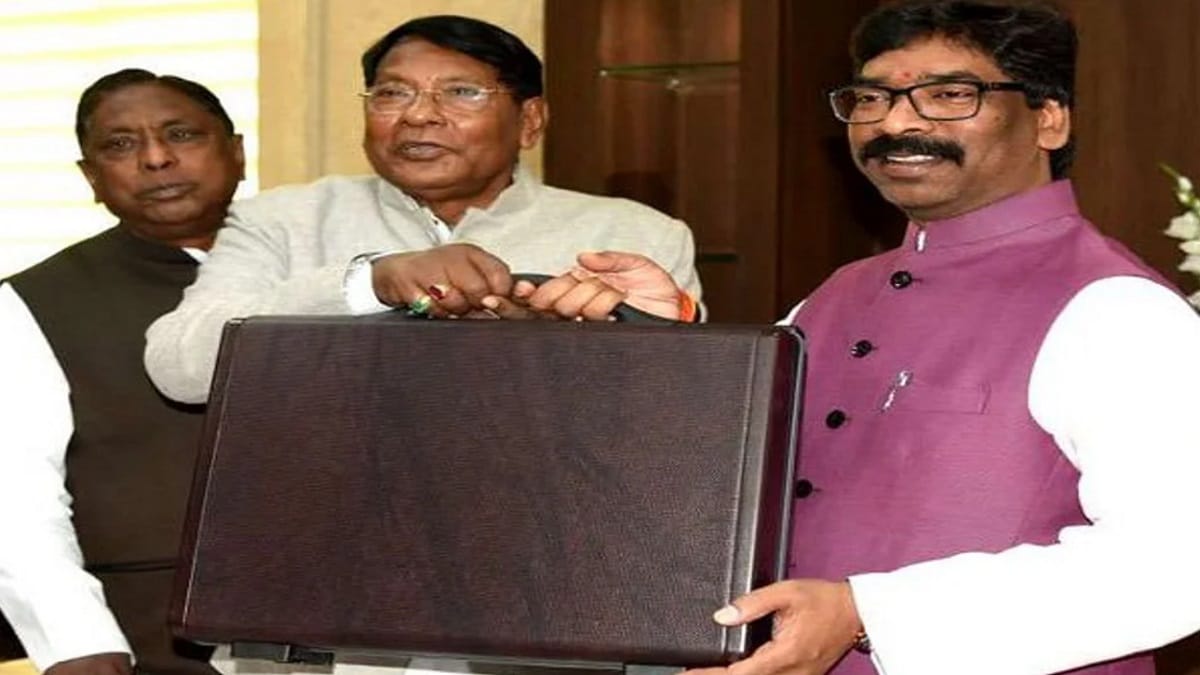