Andhra Pradesh YSR Housing beneficiary search link functional at housing.ap.gov.in. House construction works in all the AP Jagananna Colonies under the flagship Pedalandariki Illu Scheme (Navaratnalu) of YSR government has been commenced from 3 June 2021. Chief minister YS Jagan Mohan Reddy said the state government is committed to realise the dreams of every poor family to own a house. The state govt. will ensure that no eligible poor family will be left without a house in the state by June 2023.

Chief minister YS Jagan Mohan Reddy laid the foundation stone for the commencement of works in YSR Jagananna Housing Colonies Phase 1 on 3 June 2021. CM announced creation of a new joint collector post in each district exclusively to monitor the housing programme. Speaking to the beneficiaries, the chief minister said that YSR Jagananna Colonies housing project would boost the economy of the state in the coming months.

People from 30 crafts including carpenters, masons, painters, electricians, plumbers and daily wagers would get employment right in their native place. The AP YSR Jagananna Housing Colonies Scheme would alone create nearly 21 crore person days of labour in the state helping many daily wagers to get handful of work.

CM of Andhra Pradesh has launched YSR Jagananna Housing Colonies Scheme in virtual mode from the camp office. AP state govt. is spending close to Rs. 22,000 crore for the construction of individual houses. Moreover, govt. will spend another 32,000 crore to create infrastructure in the housing colonies including roads, underground drainage, electricity, street lighting, drinking water and schools in the colonies. There is immense satisfaction in Investing Rs. 54,000 crore to create wealth for the poor.

Chief Minister Jagan Mohan Reddy mentioned that they have distributed nearly 30 lakh house sites to the poor in the state. House site, construction of the house and development of infrastructure would make poor people an owner of property worth Rs. 5 to 15 lakh. One out of four families in the state would benefit from the AP YSR Jagananna Colonies housing project.

AP chief minister mentioned that the government would take responsibility to create top class infrastructure in all housing colonies. Govt. have also planned to construct schools, parks, anganwadi centres and digital libraries in the colonies. All eligible poor who are yet to get house sites should apply in the nearest village/ward secretariat to get the benefit within 90 days. Joint collectors have been entrusted to closely monitor the construction of housing units in their respective districts.

The AP YSR Jagananna Colonies will also comprise of play grounds and parts. For the scheme beneficiaries, the identified land will be given to them on their name. In addition to this, each beneficiary will also get land documents which would permit them to construct homes. The state govt. of Andhra Pradesh has also instructed banks to financially support beneficiaries and the development of lands should take place on war footing basis.

The AP Cabinet Committee on Economic Affairs (CCEA) has unanimously decided to name these places as YSR Jagananna Colonies. CM mentioned that the works should not be stopped because of Coronavirus and construction activities should be taken up so as to complete the housing project. Water and electricity facilities should be provided in the colonies immediately as they are important to start construction.

STEP 2: At the homepage, scroll down to reach the “Related Links” section.

STEP 4: Then the YSR Housing Scheme Beneficiary Search page will appear as shown below:-

Reviewing with the officials on “Navaratnalu – Pedalandariki Illu” scheme at his camp office at Tadepalli, the Chief Minister said construction of houses during the pandemic will help economy as many people get work. In addition to this, business transactions will continue due to the purchase of steel, cement and other materials. CM has directed the officials to give priority to the AP YSR Jagananna Colonies.

A model house should be constructed in every layout under AP YSR Jagananna Colonies Scheme. A detailed report on it should be generated later and added that the details on expenditure, savings, modifications and other issues can be reviewed based on the reports.

Steel for Construction of Houses in Jagananna Colonies

The Andhra Pradesh state needs 7.50 lakh tonnes of steel. CM YS Jagan has directed the officials to discuss with steel companies in this regard. Officials must ensure that materials are given to the beneficiaries who would like to construct houses on their own.

All these infrastructure facilities should be provided to beneficiaries under AP YSR Jagananna Colonies Scheme. If not provided the said facilities, CM pointed that no one will come forward to occupy the houses. CM also mentioned that underground cable systems would be used everywhere in future and there won’t be many problems once they are laid. He even directed the officials to ensure adequate depth and distance among underground cables related to water, electricity and internet.

CM YS Jagan noted that the works of CC roads, water supply, electrification, underground internet, Clean AP (CLAP) in Jagananna Colony layouts are under various departments. So, he directed the officials to hand over all the works to a single agency and prepare a DPR without duplication. CM said that AP state government would request the central government to give additional funds for the prestigious housing project. Moreover, painting works should be done on TIDCO houses and they should be provided with all facilities.

This timeline is to complete about 15 lakh houses across 175 assembly constituencies in the state in 1st phase of AP YSR Jagananna Housing Colonies Scheme.

The important features and highlights of AP YSR Jagananna Colonies Scheme are given below:-

The Housing department ensure that there is no shortage of land for establishing Jagananna colonies. AP govt. is prepared to purchase land from private persons wherever necessary. Applications have to be accepted from all the eligible beneficiaries and there was no problem for land. Furthermore as per the directions of CM YS Jagan Mohan Reddy, AP govt. has taken the decision to allocate double bedroom houses which were constructed during the previous government. 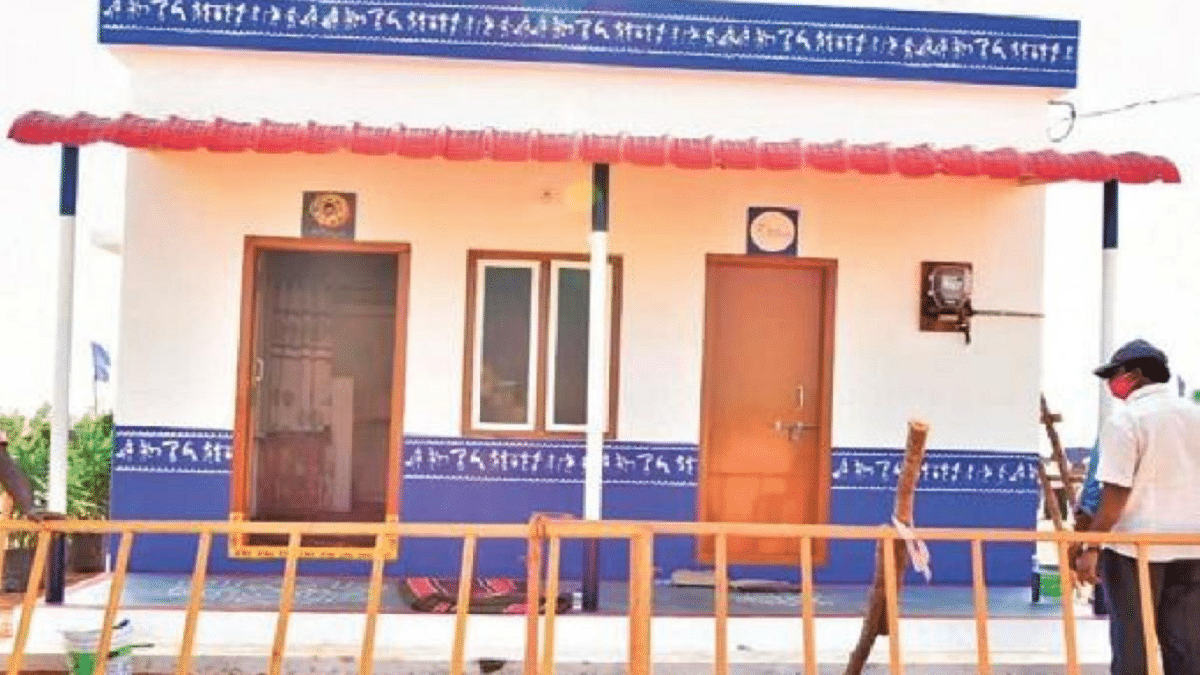