Farmers will have to opt for this MBBY scheme while registering their crop and area on Meri Fasal Mera Byora (MFMB) portal at https://fasal.haryana.gov.in/. Season-wise crop registration period will be fixed and notified from time to time. Mukhyamantri Bagwani Bima Yojana will be implemented at Individual Field – that is crop loss assessment will be done at the individual field level.

The following parameters which lead to crop loans have been taken under Mukhyamantri Bagwani Bima Yojana which includes:-

A total of 21 vegetable, fruit and spice crops will be covered under the scheme. Under this scheme, farmers need to give only 2.5 per cent, that is Rs 750 for vegetable and spice crop and Rs. 1000 for fruit crops, against a sum assured of Rs. 30,000 and Rs. 40,000 respectively. Claim compensation will be based on survey and the extent of loss will be in four categories of 25, 50, 75, and 100 per cent. The scheme will be optional and shall cover the entire state.

A seed capital of Rs. 10 crore will be kept aside by the state government for the scheme. The state and district level committees, under Pradhan Mantri Fasal Bima Yojana (PMFBY), will monitor, review, and resolve the disputes. 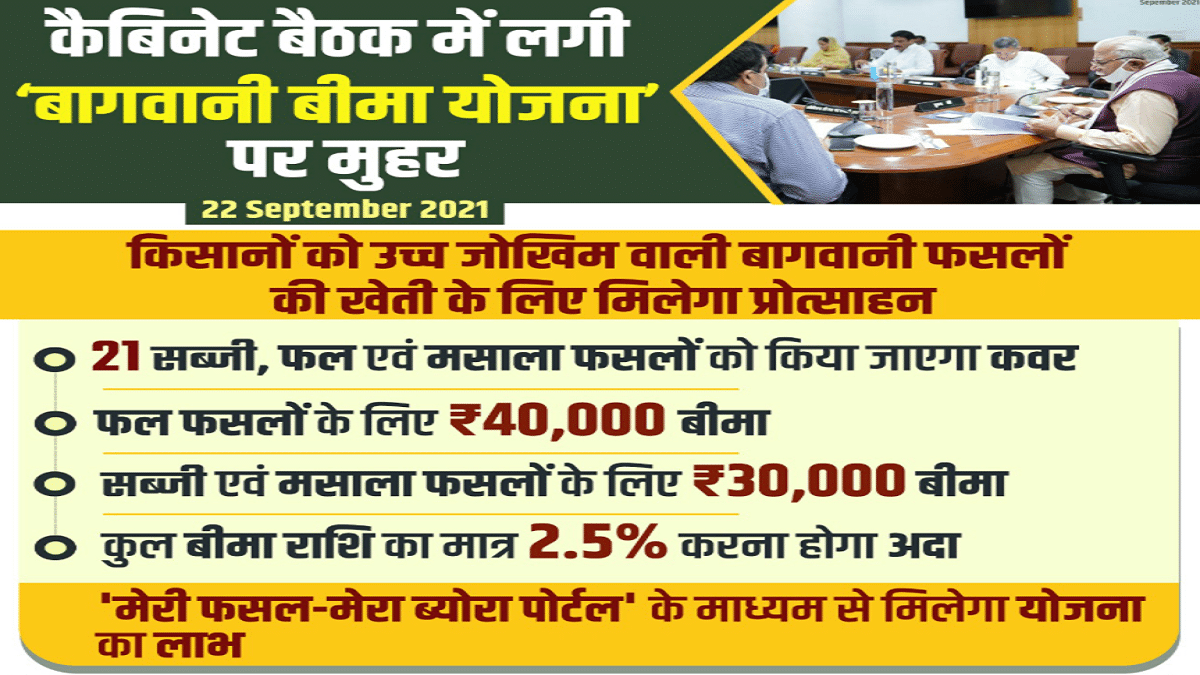