Telangana government is going to launch KCR School Kit Scheme 2023 soon. Under this scheme, around 25 lakh students will get school bag, sports shoes, socks, tie, belt and ID card. In this article, we will tell you about the complete details of the TS KCR School Kit Scheme.

After the successful launch of 2 initiatives – KCR kits scheme and KCR nutritional kits schemes, Telangana govt. is now gearing up to launch the “KCR School Kits” scheme. This scheme is going to benefit around 25 lakh students in government schools. The state govt. will provide free school bags, shoes, socks, ties, belts and ID cards, which are estimated to cost nearly Rs. 400 crore per annum. CM KCR has given directions to education ministry to draft proposal and submit it to government for cabinet approval. This should be done at the earliest so that KCR School Kits be distributed when the academic year begins in June 2023.

As we have mentioned above that the Telangana govt. will allocate Rs. 400 crore every year for the implementation of KCR School Kit Scheme. The breakup of the entire amount is given here:-

States like Tamil Nadu, Andhra Pradesh already have such schemes in place. Chief Minister KCR wants to provide additional incentives to the students in Telangana. The state government is already providing free textbooks, uniforms, and mid-day meals to the students in state-run schools.

KCR Kits Scheme was launched earlier in the year 2018 to benefit pregnant women, received a positive response and has contributed to a rise in institutional deliveries in government hospitals across the state. Encouraged by this, the state government recently introduced the “KCR nutritional kits” scheme on December 21st, with a special emphasis on mother and child health. 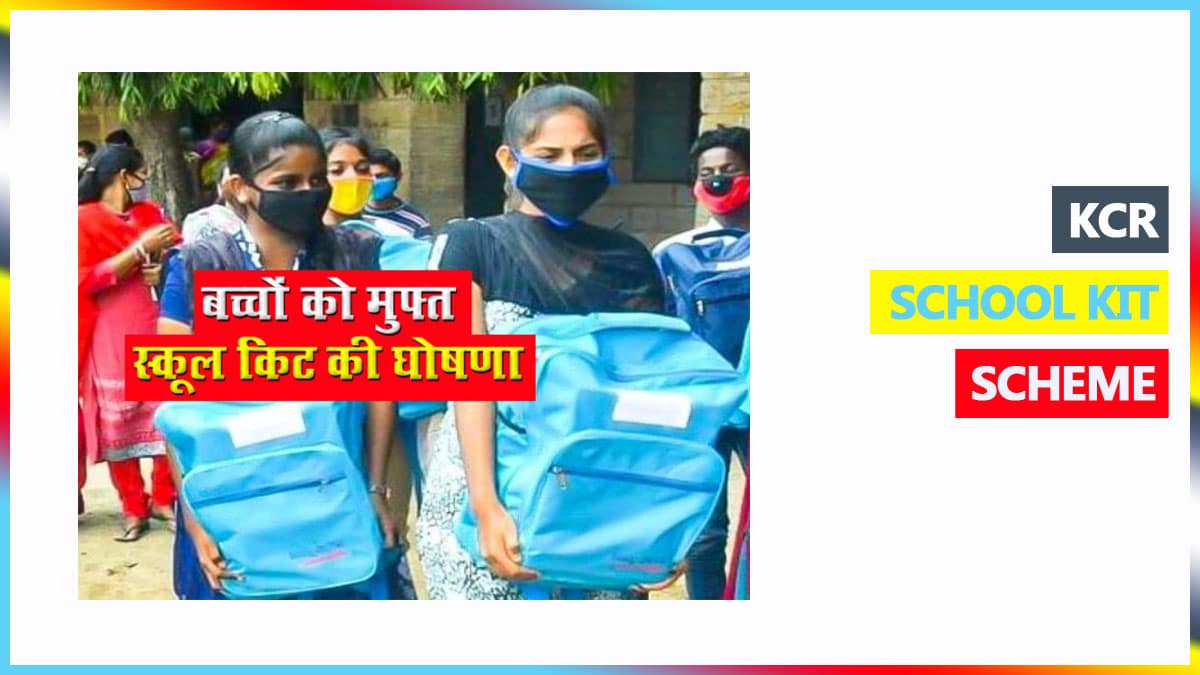