AP YSR Aarogyasri Scheme 2023 has been extended to the entire state by CM YS Jagan Mohan Reddy. Andhra Pradesh YSR Arogyasri Scheme aims to provide quality healthcare facilities to poor people. Earlier, the scheme was named as NTR Vaidya Seva Yojana which was changed with Dr. YSR Aarogyasri Scheme 2023. This scheme is going to provide universal health coverage to lower and middle class people & its official website is ysraarogyasri.ap.gov.in. Now in the wake of Coronavirus pandemic, the state govt. has even decided to cover COVID-19 treatment under this health scheme.

So far, AP YSR Aarogyasri Scheme 2023 was being implemented in 7 districts which will now come in effect in the remaining 6 districts. The extended AP YSR Arogyasri Scheme would also cover 2,434 treatments as 234 treatments were added to the existing 2,200 treatments. In addition to this, hospitalization costs exceeding Rs. 1000 will be covered under the mediclaim scheme.

Extension of YSR Aarogyasri Scheme to All Districts in Andhra Pradesh

CM YS Jagan said that revised AP YSR Aarogyasri Scheme was first reintroduced in West Godavari on a pilot basis. After its successful implementation, the Arogyasri scheme was extended to 6 districts. Now, the scheme is being rolled out to the remaining districts of Srikakulam, East Godavari, Krishna, Nellore, Chittoor and Ananthapur districts.

As per the released notification, the AP YSR Aarogyasri Scheme would benefit over 1.42 crore families in the state. All those people having annual family income less than Rs. 5 lakh from all sources can avail this health scheme benefits. Moreover, any treatment costing over Rs 1,000 would be covered under Arogyasri.

CM YS Jagan headed a review meeting in which discussions on various reforms in healthcare policies was held. The main objective was to enquire about the facilities and infrastructure at various govt. hospitals across the state. Under YSR Aarogyasri Scheme in AP, the treatment money for the illness above 1 thousand would be given by the government at any hospital and of any amount. Download AP YSR Aarogyasri Scheme New Application Form online at navasakam.ap.gov.in

STEP 2: At the homepage, click at the “Downloads” tab present in the main menu and then click at “Dr. YSR Aarogyasri Card” link or directly click this link – http://navasakam.ap.gov.in/downloads/new_application_for_health_card.pdf

STEP 3: The new Application Form for Dr. YSR Aarogyasri Health Card will appear as shown below:-

When YS Rajasekhara Reddy was the CM of Andhra Pradesh, the medical services were provided in the name of the Rajiv Aarogyasri scheme. In 2014, the then TDP government has changed this name to NTR Vaidya Seva which is now again renamed as YSR Aarogyasri Scheme.

After the landslide victory in assembly elections in Andhra Pradesh, the YSRCP government has decided to provide medical services to people under Dr. YSR Aarogyasri scheme. The important features and highlights of this new YSR Arogyasri Scheme 2022-2023 are as follows:-

The newly elected CM has suggested officers to take necessary measures to reduce the private partnership in the medical field. The scheme can be availed at hospitals in Hyderabad, Bengaluru and Chennai from November as opposed to the previous norm in which only 150 hospitals in the State were brought under AP YSR Arogyasri Scheme.

The govt. is likely to set up Y.S.R. canteens in government hospitals to serve the needs of the patients. CM Jagan Reddy asserted that the Cancer also is included under Y.S.R. Arogyasri. The tenders will be called soon to revamp 5000 health centres for the scheme under Nadu-Nedu program. People can make YSR Aarogyasri Scheme Sign in using the link here – http://www.ysraarogyasri.ap.gov.in/sign_in_ysras

In addition to this, the main focus is to improve the medical services provided at the various government hospitals. People who are living in remote areas would also be eligible for the YSR Aarogyasri Scheme 2023 in Andhra Pradesh.

The government issues an Aarogyasri card and the beneficiary can use it at government and private hospitals to obtain services free of cost. In order to facilitate the effective implementation of the scheme, the State Government set up the Aarogyasri Health Care Trust under the chairmanship of the Chief Minister. The trust is administered by a Chief Executive Officer who would be an IAS officer.

Chief Minister Y.S. Jagan Mohan Reddy had announced on 10 October 2019 that the AP govt. would bring the treatment of 2,200 types of diseases and procedures under Aarogyasri Scheme from April 2020 on a pilot basis in West Godavari district. After its successful implementation, now the state govt. has extended this scheme to 6 more districts and added 234 treatments totalling it to 2434 treatments.

AP govt. on 6 April 2020 has issued directives covering the Coronavirus disease in Aarogya Sri Scheme. AP govt. has issued notification stating that COVID-19 victims should be admitted to private hospitals for treatment. The state govt. has set out cost package for medical treatment of Covid-19. As per the notification, fees for coronavirus treatment is stipulated in b/w Rs. 16,000 to max. of Rs. 2.16 lakh. Check M1 (Critical Care), M8 (Pulmonology), M4 (Paediatric) procedures identified for management of COVID-19 cases through the link below:-
http://www.ysraarogyasri.ap.gov.in/documents/10181/0/COVID19/2c8962c3-93cc-4bc9-a797-1e410ad7ad4f

It is important to note that Corona cases would only be admitted to private hospitals under the supervision of govt. officials who will monitor medical procedures on timely basis.

The CM called upon health officials and hospital staff to ensure poor patients get better healthcare and treatment. He mentioned that “This year has put heavy pressure on the health department due to the spread of coronavirus.” AP govt. has been able to handle it efficiently and have successfully controlled the death rate. CM claimed that the previous government had ignored the Arogyasri scheme and had not paid Rs 680 crore arrears to network hospitals.

Now the AP government had cleared arrears and re-launched the scheme for the benefit of the people. CM YS Jagan said the government had included post-Covid-19 treatment too under the scheme and assured people not to worry about it. However, CM has also asked people to be cautious about the virus and take precautionary measures. The CM also unveiled the mobile application which can be downloaded to avail the scheme. 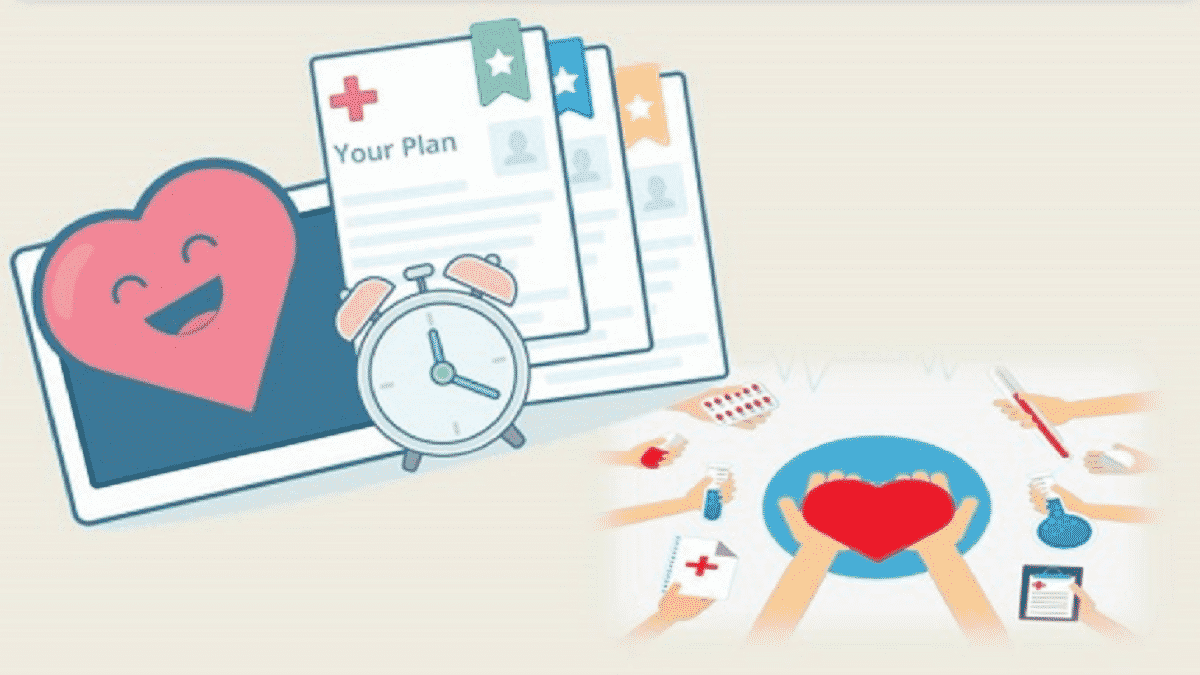