Prime Minister Narendra Modi led NDA government has launched a new UDAN Scheme 2023 or Udey Desh ka Aam Nagrik Yojana to make the air travel cheaper. Under the new UDAN scheme, people in tier 2 and tier 3 cities can fly at just Rs. 2500/- per hour. In this article, we will tell you about the complete details of the UDAN Yojana, fares price, how RCS works, how airports are selected, list of operationalized airports and list of routes commenced till 12 July 2022.

The main objective of the UDAN scheme is to provide the cheaper air travel opportunity to all the people in the country.

Under the UDAN scheme, the airline operators provides a minimum of 9 and a maximum of 40 UDAN seats in each flight to domestic regions. While, in case of flights through helicopter, a minimum of 5 and maximum 13 UDAN seats are provided by the operator. Under UDAN scheme, fare for 50% of the seats of flights are capped at Rs 2,500 while the rest are sold on the basis of current market price. The selected operators are also required to operate at least 3 UDAN flights and a maximum of 7 departures every week.

UDAN Scheme – How it Works

The central government provides concessions to the selected airlines in form of reduced excise duty, service tax, permission to trade ASKMs for Non-RCS (UDAN) Seats and flexibility of code sharing at the RCS (UDAN) airports. On the other hand, state governments provides rebate such as lowering the VAT on ATF to 1% or less. The state governments also provides security and fire services free of cost and electricity, water and other utilities at substantially concessional rates.

The selection of Airports under the UDAN scheme is done in consultation with the state governments. The focus remains on starting operations on un-served airports and revival of dysfunctional airports. A Regional Connectivity Fund under the UDAN scheme was setup earlier to which the partner State Governments (other than North Eastern States and Union Territories where contribution will be 10 %) contributes 20% share to this fund. The flights under the new UDAN scheme were operational from January 2017.

List of airports under UDAN Scheme has been released at the official website of Airport Authority of India at www.aai.aero. The regional connectivity scheme (RCS) has been launched by the central government to make the air travel cheaper has started to see the sun of the day. According to industry chamber FICCI, about 68 airports across the country have been operationalized to execute operations under the scheme. Here is the direct link to check list of operationalised airports under UDAN Scheme:- UDAN Scheme Airports List PDF

The list of 68 airports has been released based upon geographical, operational and commercial parameters which are now part of regional connectivity scheme UDAN. Here is the complete List of 68 RCS Airports operationalized as on 12 July 2022. Under RCS, govt. has connected the underserved airports to key airports through flights that will cost Rs 2,500 for per hour flight. People can even check the list of 425 RCS routes commenced till 12 July 2022 in Phase 1, 2, 3 & 4.0 – https://www.aai.aero/sites/default/files/rcs_news_notifications/425_RCS_Routes_Operationalised_as_on_12.07.2022.pdf

Here is the direct link to check list of 425 RCS routes commenced as on 12 July 2022 – RCS UDAN Routes List PDF. On downloading the PDF file, the complete list of UDAN Scheme Routes List will appear.

The full study by FCCI can be downloaded in PDF format from the link below:
http://ficci.in/spdocument/20827/Avation-Background-paper.pdf

For more details, visit the official website of Airport Authority of India at https://www.aai.aero/en/rcs-udan 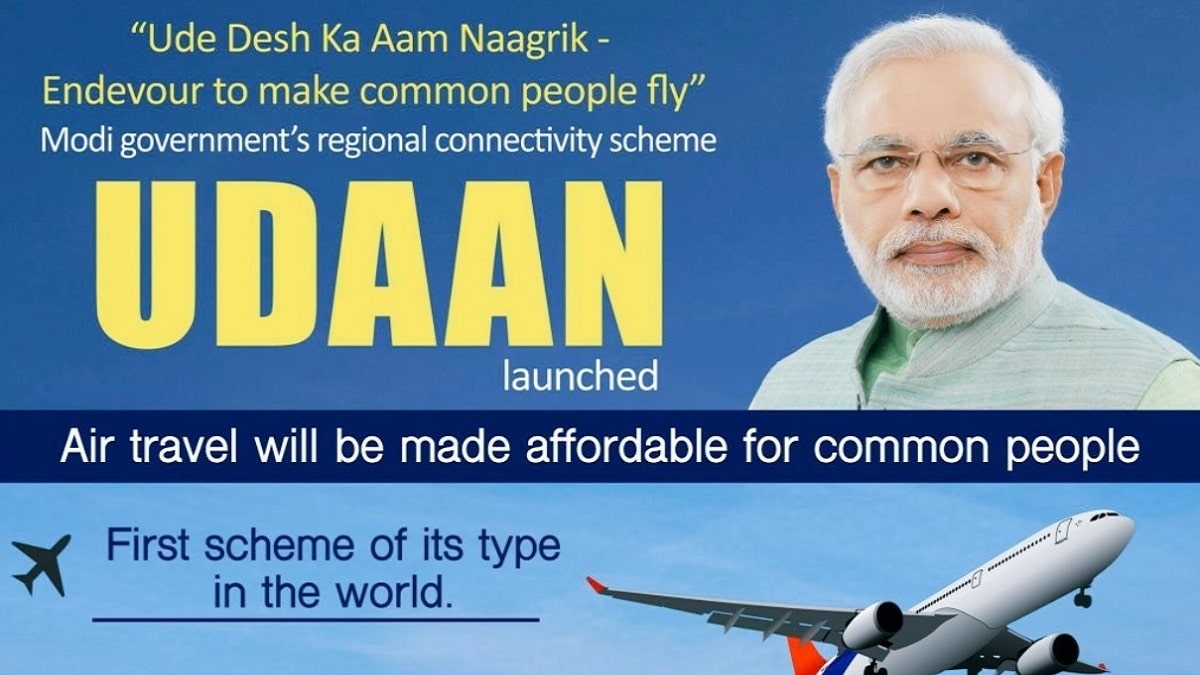