Tamil Nadu government is going to launch Kalaignar Canteen Scheme 2022 to provide free food to poor people. This scheme is a revamped version of earlier TN Amma Canteen Scheme. Under the new Kalaignar Unavagam Scheme (earlier Amma Unavagam Scheme), the Tamilnadu state govt. will provide food to poor people absolutely free of cost. In this article, we will tell you about the complete details of Kalaignar Canteens Yojana.

What is TN Kalaignar Canteen Scheme 2022

Tamil Nadu Minister for Food and Civil Supplies R Sakkarapani said the state has planned to open 500 Kalaignar canteens under Kalaignar Unavagam Scheme. The new scheme is going to be named after former Tamilnadu Chief Minister and DMK President M Karunanidhi. AIADMK coordinator O Panneerselvam said the move is an “attempt to blackout the earlier Amma Unavagam scheme”. The new TN Kalaignar Canteen Scheme is based on the model of community kitchens to address hunger and malnutrition in the state.

Tamilnadu govt. has urged central government to extend 100% financial assistance under the National Food Security Act, 2013, to run the 650 Amma canteens which are run through the local bodies across the state.

TN Amma Unavagam Scheme is now going to be replaced with Kalaignar Unavagam Scheme. The Amma Canteen scheme, which was introduced by the AIADMK government under the tenure of late J Jayalalithaa in 2013, is considered as a flagship programme of AIADMK. The Amma Canteen Scheme aims to offer foods at a subsidised price to help the needy inspired other states like Odisha and Karnataka to propose similar initiatives.

O Panneerselvam said while AIADMK has no objection to the current government naming schemes after Kalaignar, it is not in practice to have two different names for one scheme and it is not agreeable. He urged Chief Minister M K Stalin to intervene and take necessary action to ensure that even in the future the scheme is run as Amma Unavagam rather than Kalaignar Unavagam.

Amma canteens run in all the Government Medical College Hospitals and those in the district headquarters for the benefit of patients attendants and others. The community kitchens under TN Amma Unavagam Scheme provides one idly for Rs. 1, pongal for Rs. 5, variety rice (sambar rice, curry leaves rice and lemon rice) for Rs 5 and curd rice for Rs 3 during the day and two chapatis with dal for Rs 3 in the evenings.

In the last five months, more than 2.15 crore people were benefited through Amma canteens which includes 30,490 construction workers, including migrant workers. During the period of Covid and at the time of natural calamities, the food is served free of cost in these Amma canteens. In the 2021-22 financial year, till September, a total of 3,227 metric tonne rice and 362 tonne wheat have been used for this Amma Unavagam scheme. Approximately Rs. 3,50,000 is being spent per kitchen each month.

Establishing the Kalaignar canteens in 500 locations was a part of DMK’s poll promise ahead of the 2021 assembly election. 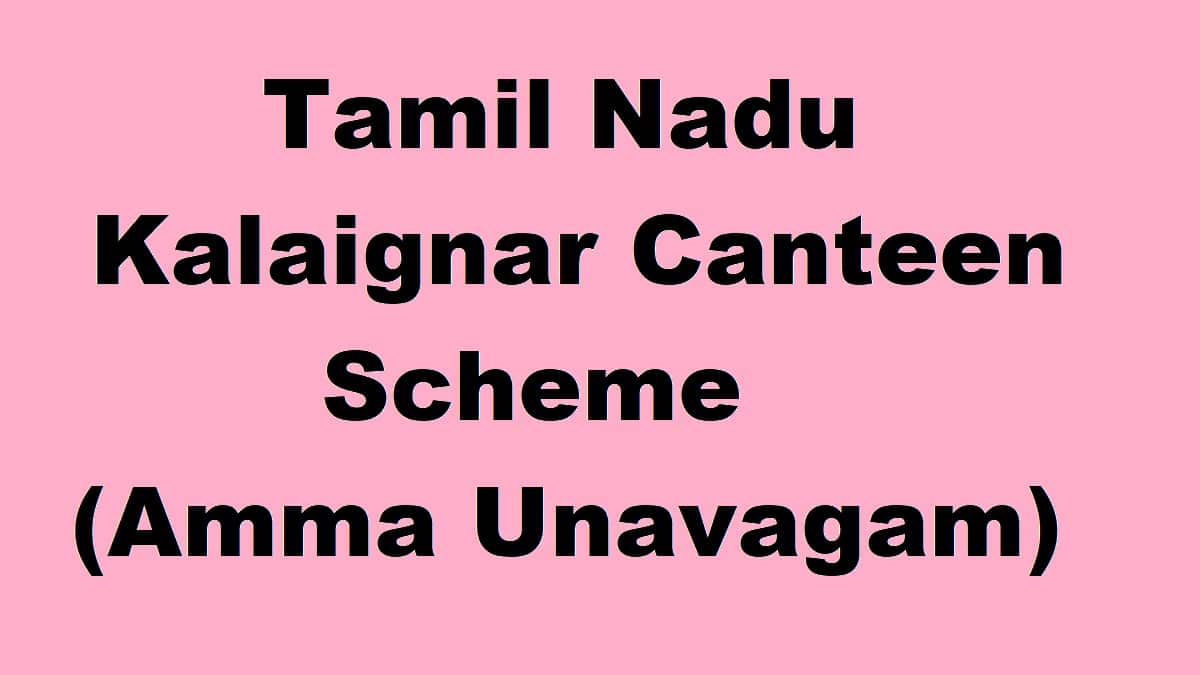