Telangana Rythu Bandhu Scheme 9th Phase has been started from 28 June 2022 for providing agriculture investment support to farmers. In this Farmer Investment Support Scheme (FISS), govt. is providing financial assistance of Rs. 10,000 per year (Rs. 5,000 per acre per season) to each farmer. This input assistance scheme is benefiting around 68.1 lakh farmers covering 2.16 crore acres of farming land. Farmers in Telangana now gets Rs. 7,508 crore financial assistance under the ninth phase of state government’s Rythu Bandhu scheme. Phase 9 amount transfer has been started from 28 June 2022.

The primary objective of TS Rythu Bandhu scheme is to maximize agricultural production and productivity. Chief Minister K. Chandrasekhar Rao has directed the officials concerned to ensure that each and every farmer in the state get the assistance. In this article, we will tell you about the Telangana Rythu Bandhu Scheme 2023 apply form, amount, how to check money status, list of participating banks and complete details.

The state govt. has made a budgetary allocation of Rs. 14,800 crore for this Farmers Investment Support Scheme in Telangana Budget 2022-23. This scheme was earlier named as “Rythu Lakshmi”. This scheme will lead to empowerment of farmers. For the benefit of farmers, govt. has also started Pattadar Passbook Initiative. All the farmers will now get new Pattadar Passbook as one single proof of ownership.

All the small and marginal farmers / SC-ST farmers / Record of Forest Rights (ROFR) Pattadars will get financial assistance twice every year directly without the involvement of a middlemen. FISS does not specifies any upper limit on the land holdings as 97% of the total farmers have less than 10 acres of land holdings.

In this scheme, we will tell you about the complete process of how to download Rythu Bandhu Scheme Apply Form including bank details collection form, aadhaar authentication form and give it up form through online mode.

STEP 2: At the homepage, click at the “Rythu Bandhu” tab as shown in the image below:-

STEP 3: Then the Telangana Rythu Bandhu Scheme homepage will appear which can even be opened using the direct link given here – http://rythubandhu.telangana.gov.in/Default_RB1.aspx

STEP 4: Accordingly, go to the “Notifications” section and then click at the respective links to open the forms as mentioned here.

Download this form and take a printout to enable yourself to submit your bank details. Afterwards, each of the beneficiary will get Rs. 5,000 per acre per season directly into the bank accounts through DBT mode.

Rythu Bandhu Scheme Give It Up Form

In the Notifications section, click at the “Give It Up Proforma” link to open the Telangana Rythu Bandhu Scheme Give Up Form 2023 as shown here:-

Download this form and take a printout of mandate for giving up amount under Rythu Bandhu Scheme. This form is to be submitted to the Agriculture Extension Officer.

In the Notifications section, click at the “Draft Declaration for Aadhar Authentication” link to open the Telangana Rythu Bandhu Scheme Aadhar Consent Form 2023 as shown here:-

Download the form, take a printout, fill and submit it to the concerned authorities. The Aadhaar Authentication form must be submitted compulsorily to ensure that the DBT amount reaches the intended beneficiary only.

The amount at the rate of Rs 5,000 per acre for each season will be credited directly into the bank accounts of beneficiary farmers. Chief Minister KCR has directed the officials to release Rs. 7,508 crore. He said the assistance should begin with farmers who have less holding of lands and all farmers should get the assistance in 10 days.

An allocation of Rs 14,800 crore was made in Telangana Budget 2022-23 for Rythu Bandhu scheme and now Rs. 7,508 crore would be released. Under the scheme, Rs 10,000 investment support is being provided for every acre every year. The government is crediting the amount in two installments for two crop seasons.

Here is the direct link to check the Telangana Rythu Bandhu Scheme Money Status or the cheque distribution venue schedule – http://rythubandhu.telangana.gov.in/Rpt_ChequeDBShedule_out.aspx. The page to check Rythu Bandhu money status 2023 will appear as shown below:-

Here candidates can select the name of the district as well as their mandal to open the cheque distribution schedule report of Rythu Bandhu Scheme in Telangana.

List of Participating Banks in Rythu Bandhu Scheme in Telangana

Below is the complete list of participating banks in Telangana Rythu Bandhu Scheme 2023:-

The official link to check list of participating banks is http://rythubandhu.telangana.gov.in/ParticipatingBanks.aspx

(*Investment amount of Rs. 8000 per acre as mentioned in the photograph to be read as Rs. 10,000 per acre). Each Farmer will receive a tamper proof “Pattadar Passbook” with 17 unique security features. this passbook will now serve as proof for an absolute ownership.

CM K Chandrashekhar Rao (KCR) mentioned that an enhanced amount of Rs. 5,000 per acre per season would be distributed. Last year, CM KCR had raised the assistance amount from Rs. 8,000 per acre to Rs. 10,000 per acre in a single year as cash incentive.

In the high level meeting chaired by CM KCR, the officials explained the difficulty faced by the machinery at ground level in distribution of cheques to farmers. Moreover, there is a difficulty in the laborious process involved in the preparation and disbursement of cheques from the state head quarter to the village level. Instructions are given to the Agriculture department to disburse the scheme benefit to the farmers accounts directly through online without any publicity.

It was in 2018 that the government had launched the scheme with announcement of Rs 8,000 investment support per acre per crop. Last year, the amount was enhanced to Rs 10,000. The scheme is part of the TRS government’s measures to transform the agriculture sector. It is aimed at taking care of the initial investment by the farmer so that he doesn’t have to approach private lenders. Till date, around 32 districts, 108 divisions, 568 mandals, 2245 clusters, 10874 villages and 68.1 lakh farmers have been included in Telangana Rythu Bandhu Scheme (this data is as on 8 June 2022).

The state govt. is going to provide “New Pattadar Passbooks” to the farmers along with the cheques. This is a historical land cleansing drive in which 1523 revenue teams have approached farmers directly to verify their land records once and for all. The important features and highlights of this Pattadar Passbook drive are as follows:-

These 2 initiatives will redefine the future of agriculture in the state as well as across the entire country. Both these initiatives are first-of-their-kind never seen initiative for farmers welfare.

For more details, visit the official website at http://rythubandhu.telangana.gov.in/

Telangana Government is going to launch an Input Assistance Scheme for the Ryots / Farmers Investment Support Scheme (FISS). Subsequently, all the farmers will get financial assistance of Rs. 4,000 per acre each for Yasangi and Kharif Crops under this Rythu Bandhu Scheme. Accordingly this scheme will enable the peasants or the land cultivators to purchase farm inputs independent of the moneylenders. This Farmers Investment Support Scheme (FISS) is a continuous scheme and the state govt. will spend Rs. 12000 crore for this scheme.

The state govt. will start Rythu Bandhu Scheme from the upcoming Kharif Season. Moreover, this scheme will also include the coverage of horticultural crops. Telangana govt. is going to implement this scheme on a pilot basis initially in 2 or 3 villages which will ensure easy transfer of input assistance.

Telangana govt. will launch Rythu Bandhu Scheme / Farmers Investment Support Scheme (FISS) to benefit around 71 lakh farmers of the state. Under this Agricultural Investment Support Scheme, govt. will distribute Rs. 6000 crore as an investment support for ryots for their Kharif crops from 1 May 2018 to 10 May 2018. Rest Rs. 6000 crore will be given to the ryots for rabi crops in the month of November.

Rythu Bandhu scheme will get rolled out in the following manner:-

Telangana govt. is implementing this scheme on a pilot basis to address the issues of bank accounts of farmers. Accordingly, the state govt. is going to prepare a flawless system to provide the necessary financial assistance to the farmers. Under this scheme, the mode of payments is not yet finalized. However, the state govt. is planing to introduce online transfer mechanism which will make use of ATM Cards, Rupay Cards, Demand Draft or cheques in the name of farmers.

Telangana govt. has made its preparations to successfully implement this Farmers Investment Support Scheme (FISS). However, the main concern is to ensure transparency in the transfer of assistance amount to the farmers.

This scheme is a continuous scheme which will involve huge money transfer. Accordingly, govt. would require a proper transfer mechanism in order to make this scheme successful. This pilot run will get completed in around 1 month time. 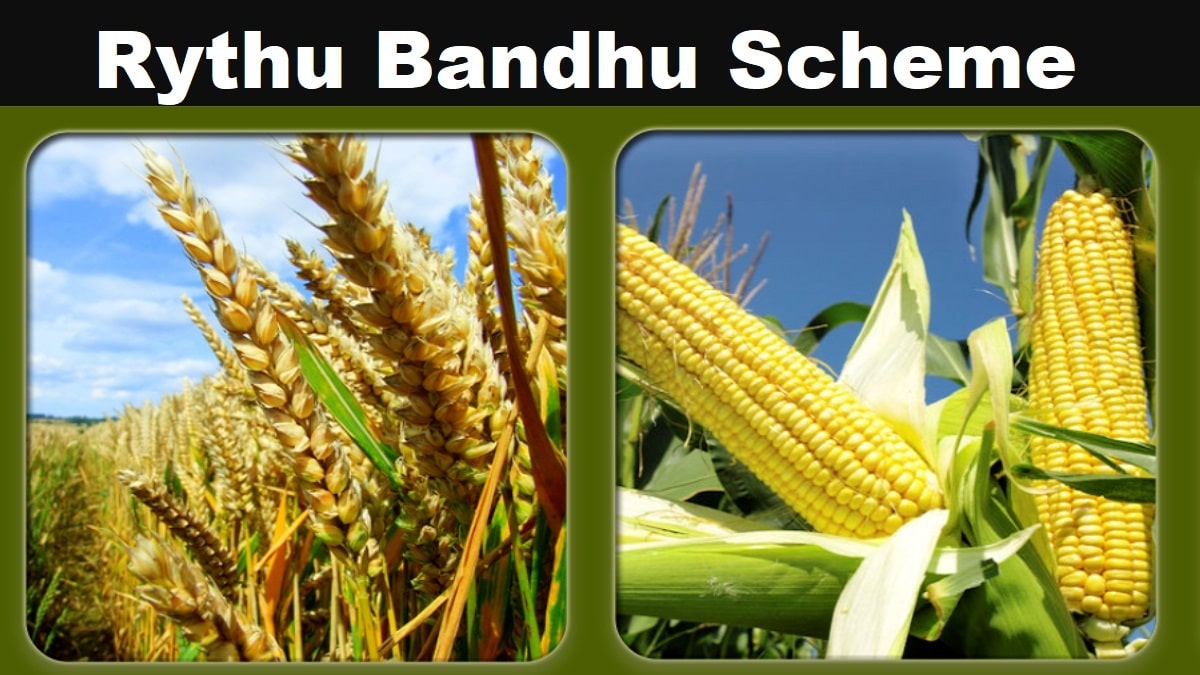