WB Paray Paray Samadhan Scheme 2021 is going to be started by the West Bengal government. In this scheme, the state govt. officials would provide instant solution to all the local problems faced by people in their daily lives. This Paray Paray Samadhaan programme would run for about 1 and half months starting from 2 Jan 2021. In this article, we will tell you about the complete details of the newly announced Paray Paray Samadhaan Yojana.

Chief minister Mamata Banerjee on 28 December 2020 has announced a new drive namely Paray Paray Samadhan Scheme. This month and a half long community outreach, “Paray Paray Samadhan”, would resolve local issues. These issues includes problems at local level such as constructing culverts, adding a schoolroom or even repairing water pipelines.

A principal secretary-level officer would lead a dedicated task force to address these issues that would be resolved in a time-bound manner. Moreover, all the complainants would informed about the work progress in a timely manner. The main aim of Paray Paray Samadhan was to nip an issue in the bud by giving instant solutions, so that residents did not have to suffer.

While Duare Duare Paschim Banga Sarkar Scheme was for individuals and families, Paray Paray Samadhan Scheme was more community-centric. In addition to this, through several modes including grievance redressal mechanism at the chief minister’s office (CMO) – 10,000 issues had been found that could be solved at the local level.

These are getting delayed either due to a personnel gap or a service gap. This will be addressed in mission-mode. It will be tracked on real-time basis. These issues can be resolved very locally.

The important dates to remember for Paray Paray Samadhan Scheme are as follows:-

West Bengal’s Duare Sarkar Scheme has already had over 1.5 crore people enlisting for state schemes in 573 camps state-wide. The third round of Duare Sarkar camps would be held from 2 Jan to 12 Jan 2021. The outreach effort will end on 25 January 2021.

CM mentioned that problems of people need to be solved in mission mode and directed officials to be proactive. CM even issued directions to backward classes welfare department principal secretary, to hold camps in localities where SC/ST people live in large numbers. Delay in processing caste certificates is a common complaint. So to resolve this caste certificate processing issue, camps would be organized.

In case a family member possessed a caste certificate, then another applicant from that family should be granted a caste certificate easily. The new Paray Paray Samadhan Scheme is a master stroke and hoped that other states would follow this initiative. The state government had decided to grant one-time tiffin allowance of Rs. 5,000 to staff for the two months they worked in Duare Sarkar camps. 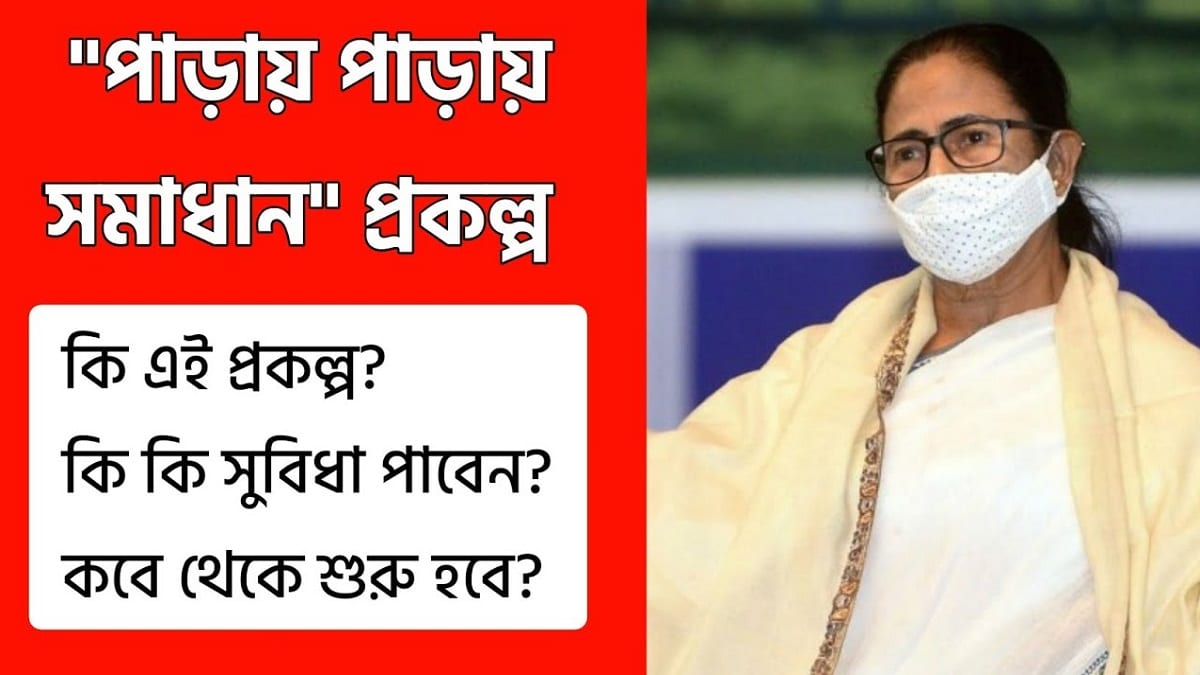