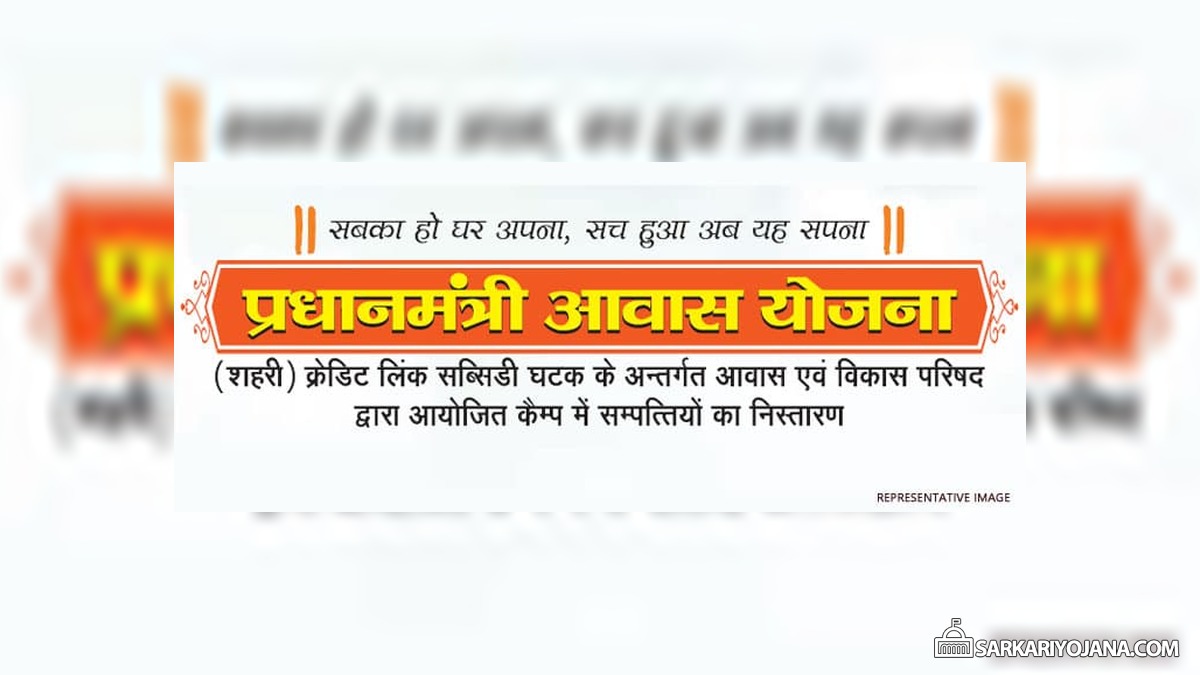 UPAVP (Uttar Pradesh Awas Vikas Parishad) or UP Housing and Development Board is organizing property camps for allotment of flats under Pradhan Mantri Awas Yojana in various projects. The projects are located at different locations and are being offered on first come first serve basis. For inviting applications under the scheme, the board is organizing property camps at different locations in 03, 04 and 10, 11 June.

UPAVP is offering a total of about 12132 flats under Pradhan Mantri Awas Yojana at several locations across the state. Highest number of flats (6863 flats) are being offered in Ghaziabad in two different schemes. Rest of the flats are located in Lucknow, Kanpur, Agra and Meerut. Below are the details of the location of flats being offered by the housing board.

The property camps for application/registration of flats would organized at different locations on 03, 04 and 10, 11 June where interested applicants can visit and inquire about the scheme or registration of flats. Details of the camps can be found in the advertisement published by UPAVP at the link below.

The credit linked subsidy component of the Pradhan Mantri Awas Yojana offers subsidy on interest rate of home loans taken for the purchase of home. The subsidy percentage for EWS, LIG and MIG categories is as following.

The subsidy would be provided for a maximum tenure of 20 years. Below is the eligibility criteria for the scheme. More details about the PMAY home loans is available at the links below.

Below is the link to access the advertisement of Pradhan Mantri Awas Yojana flats allotment by UPAVP.
UPAVP PMAY Advertisement

The candidates who have applied through pmaymis.gov.in can also take benefit of the scheme.

There are 11 comments on this article | leave a replyTags: Housing Schemes, Pradhan Mantri Awas Yojana

Rajesh Kumar at Sarkari Yojana
Related Content
UP Free School Bag & Uniform Scheme to Benefit Only the Poor Students Pradhan Mantri Awas Yojana Haryana Application Forms Invited for Demand Survey
Disclaimer and Notice: This is not the official website for any government scheme nor associated with any Govt. body. Please do not treat this as official website and do not leave your contact / personal such as Aadhar Number or Mobile No. information in the comment below. It is not possible for us to reply to each comment/query, neither we can address the complaints regarding any scheme. We request all our visitors to visit the official website of the concerned department / authority for any complaint, query about the scheme / information published on this website.