Gujarat govt. has decided to reduce the price of LED bulb following overwhelming response by people under UJALA Gujarat Yojana. As per CM’s decision, the bulb will be sold with price of Rs. 65 per bulb for cash and Rs. 70 per bulb for EMI along with keeping similar rate for both residential and commercial consumers of the state.

The Five-star rated energy efficient fan will be sold at Rs. 1,110 price with a total reduction Rs. 40 in its price assigned by the Union Government for the whole nation. The EMI cost of LED tube-light and fan will be Rs. 230 and Rs. 1260 respectively.

The state government has set a target of providing LED bulbs to 1.21 Crore households across the state. The main objective of the scheme is to encourage people to adopt sustainable energy options to save and reduce energy costs and consumption. Under the Ujala Gujarat Yojana, the state government will provide LED bulbs to the state residents at a subsidized rate. The LED bulbs under the scheme will be available at Rs. 65-70 per piece to the domestic consumers while LED bulbs will be sold at similar rates per piece to industries.

A single LED bulb can save upto Rs. 315 a year and installing LED’s throughout the home can save a lot to the domestic consumers. The provided bulbs under the scheme will come with 3 year replacement warranty. The LED bulbs will consume only 7-8 watt of energy and provide luminosity of 900 lumens.

The state government plans to distribute about 12 Crore LED bulbs to 1.21 crore households under the Ujala Gujarat Yojana. One household will get a maximum of 10 LED bulbs in the first phase and the amount will be charged in 8-10 installments through the electricity bill.

How to buy LED bulb under Ujala Gujarat Yojana

Seeing the tremendous success of the scheme, the government has decided to reduce the price of the LED bulb, tubelight and fans. However, LED bulbs at reduced prices will be available to the households as well as commercial/industrial consumers. Under the scheme, each household is eligible to purchase a maximum of 10 LED bulbs.

7 watt LED bulb under the scheme can be purchased against a cash payment of Rs. 65. The consumers can also choose to pay through EMI which will be charged in 8-10 installments through the electricity bill. The cost of the each bulb purchased through EMI would be Rs. 70. The consumers can buy the LED bulbs by showing monthly electricity bill or ID cards. The government has setup 615 distribution centres across the state to implement the scheme.

For more details about Ujala Gujarat Yojana, visit at https://guj-epd.gujarat.gov.in/ 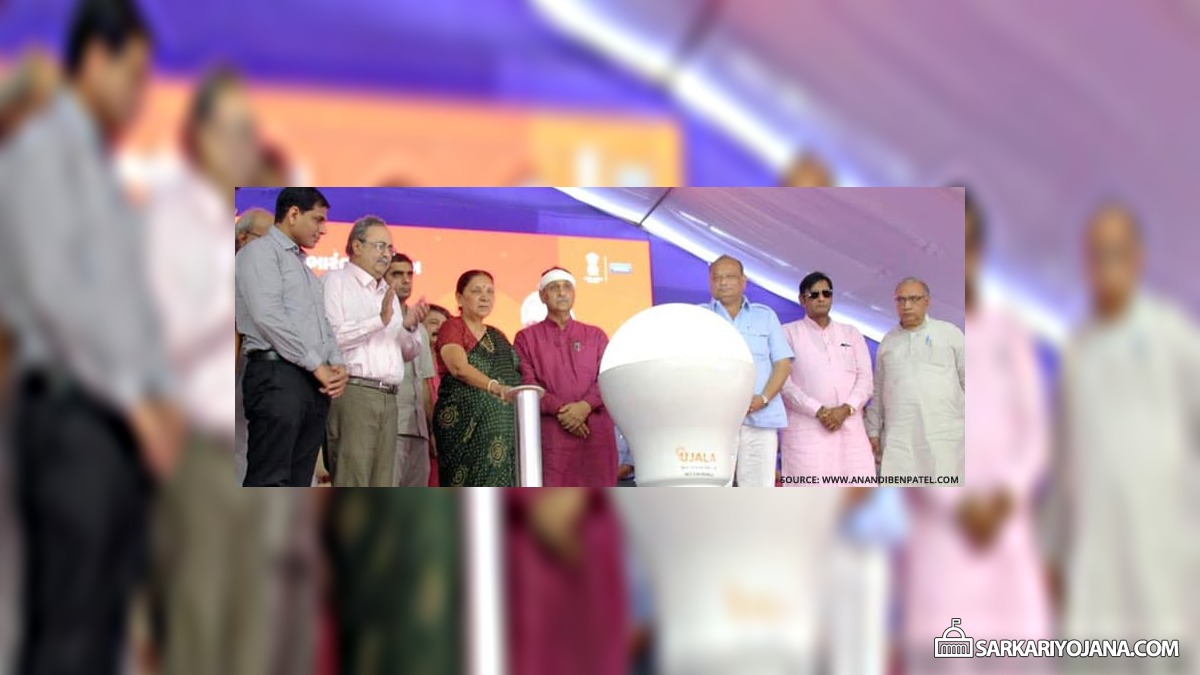