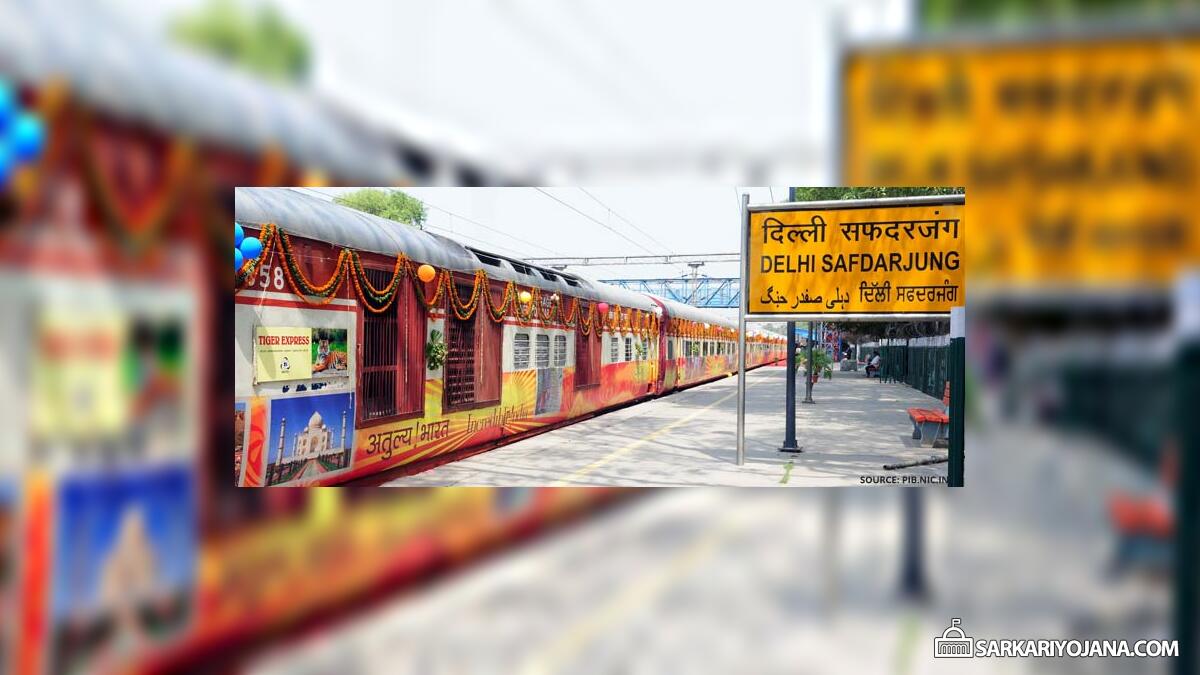 Tiger Express, a tourist train to highlight the significance of environment in our lives has been flagged off from the Delhi Safdarjung Station on 05 June, World Environment Day. The semi-luxury train features a 5 days/6 nights itinerary which will start from Delhi Sufdarjung railway station and travel via Katani, Jabalpur, Bandhavgadh, Kanha.

The Tiger Express tourist train will be operated by Indian Railway PSU namely Indian Railway Catering and Tourism Corporation (IRCTC). The semi-luxury train will take the guests onboard to the world famous Bandhavgarh and Kanha National Parks in Madhya Pradesh. In addition the trip will also take tourists to Dhuadhar Waterfall in Bedhaghat near Jabalpur.

Tiger Express is one of the most innovative tourist product ever launched by Indian Railways. The objective of the train is to create awareness about our national animal, Tiger and their protection.

The 5th June, 2016 trip of the Tiger Express is the inaugural run of this train. Regular Monthly trips of the fully air-conditioned train, which has been vinyl-wrapped with motifs of the wildlife, are to begin from October, 2016 onwards.

However, these rates are valid for Indian citizens only. An additional surcharge of Rs. 4,000 per person will be charged from foreigners for the Safari booking at Bandhagarh and Kanha.

The itinerary has been chalked out in a manner that the guests not only enjoy a comfortable travel but also spend considerable time of the trip in the midst of Nature. The package includes the following