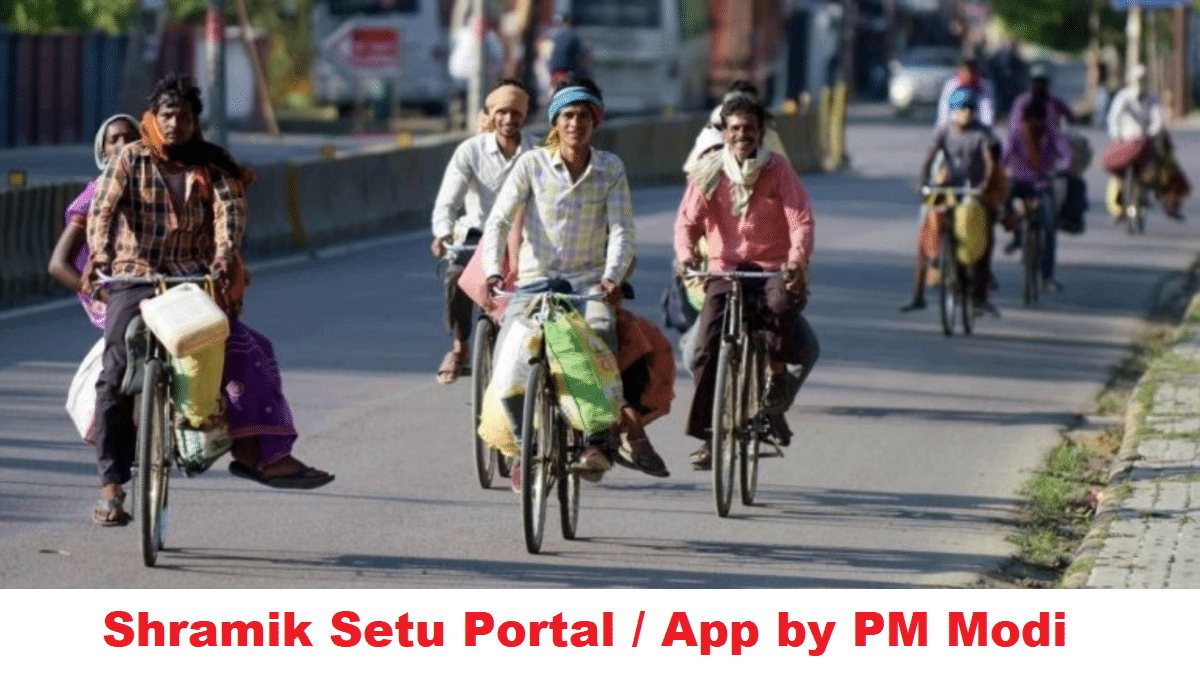 This Shramik Setu Portal / App will be an initiative of the Union Labour and Employment Ministry and is likely to be launched in July 2020. As per the govt. sources, Shramik Setu project has already been cleared by the Prime Minister’s Office (PMO). All those people who are working in the unorganised sector will have to register on the portal using their Aadhaar or bank account numbers.

Unorganized sector workers will have to fill in details such as their name, age, native place, what they do for a living and the state where they work among others. Now lets check the information about Shramik Setu App / Portal, which is available till date.

It is expected that the Shramik Setu Portal and a new app would be launched by Pradhan Mantri Narendra Modi in the month of July 2020. In this Shramik Setu project, unorganised sector workers will be able to apply online and avail benefits of the central government’s insurance and pension schemes. It includes labourers welfare schemes such as the Pradhan Mantri Jeevan Jyoti Bima Yojana (PMJJBY) and PM Shram Yogi Maan-dhan Yojana (PMSYM). If migrant workers move to a different city or state, then such migrant workers would also be able to update their status.

Basically, there would be self registration of workers at Shramik Setu Portal. The new Shramik Setu project will comprise of data of all migrant / unorganized sector workers. Once these labourers register, they will be able to view the different welfare schemes run by states and how they can avail them. The PM Modi Shramik Setu initiative is the latest in a slew of measures that the Modi government has taken since 25 March 2020.

On the mentioned date, a nationwide Coronavirus lockdown was imposed which had left lakhs of migrants without work. The central govt. has taken various measures for welfare of labourers amid COVID-19 pandemic outbreak. Workers are already getting free rations and jobs under the Pradhan Mantri Garib Kalyan Yojana (PMGKY) and the recently-launched Pradhan Mantri Garib Kalyan Rojgar Abhiyaan (PMGKRA).

As soon as the portal becomes functional, the Shramik Setu App will also remain available at the google play store from the same day. People would be able to download Shramik Setu App from google play store (android users) and apple app store (I-Phone iOS users). Workers can either download the app on their mobile phones or visit the common service centres / e-suvidha kendras set up at the panchayat level to register. Common service centres have staff to help those who are not literate.

The new Shramik Setu Portal as well as mobile app will provide big help to the workers. All that these labourers have to do is register and apply and the pension will be transferred to their bank account. People can lodge their grievances too on the Shramik Setu App. The labour ministry has already completed the groundwork for the Shramik Setu project. The National Informatics Centre will set up the portal.

Initially, there was planning of giving an identification number to each of the migrant workers. But the PMO ruled that out saying that there is no need for another number. Just having Aadhar card should be sufficient to help the unorganized sector workers.