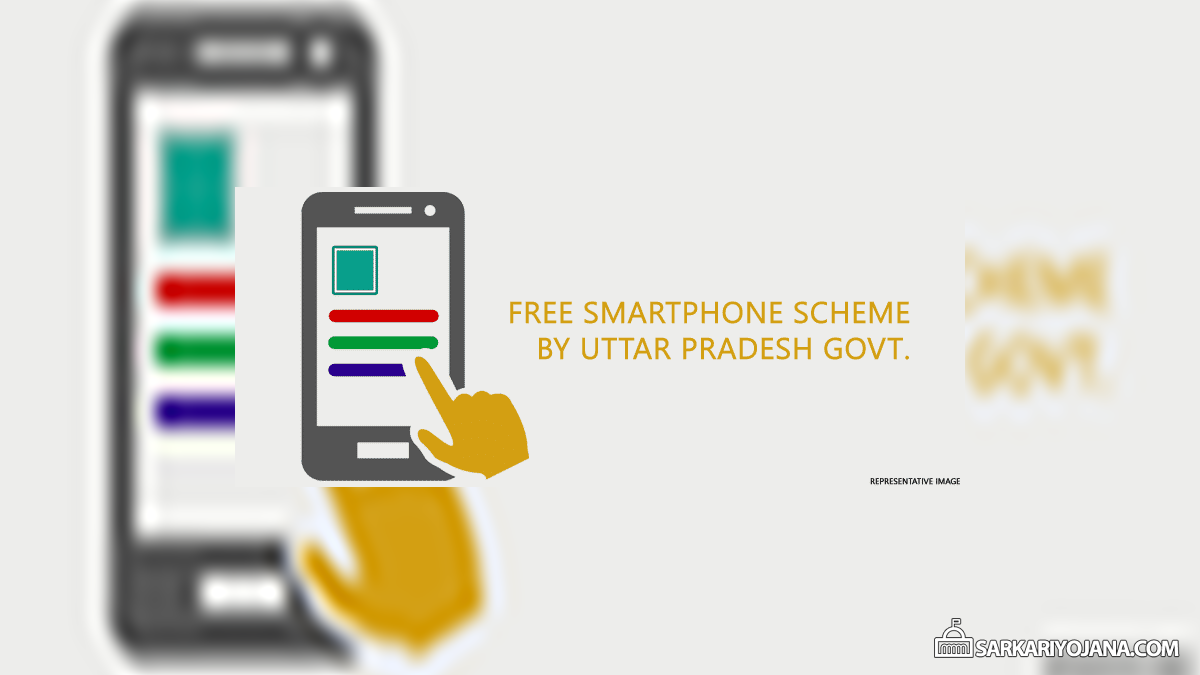 Samajwadi Smartphone Yojana: Uttar Pradesh Government has come up with another scheme to attract more voters as a preparation of 2017 elections. This time, free smartphone scheme has been announced by the UP chief minister under which the government would provide free smartphone if it come back to power in 2017. The scheme is touted to be named as “Samajwadi Smartphone Yojana” as of now.

Uttar Pradesh CM Akhilesh Yadav announced the smartphone scheme for the poor at the inauguration of Ala Hazrat Haj House in Ghaziabad.

The online registrations for free smartphones under Samajwadi Smartphone Scheme of Uttar Pradesh Government are likely to start within a month. The phones will be delivered to the doorstep of the people in the second half of 2017. Those who are eligible can register for the scheme by filling up his/her details online.

The registration and selection process would be completely online for better transparency and to prevent corruption at any level. The link to apply or register for the phone would be available within a month, as per the reports. Since the scheme is not launched yet, below is the basic eligibility criteria of free Smartphone Scheme of UP Government 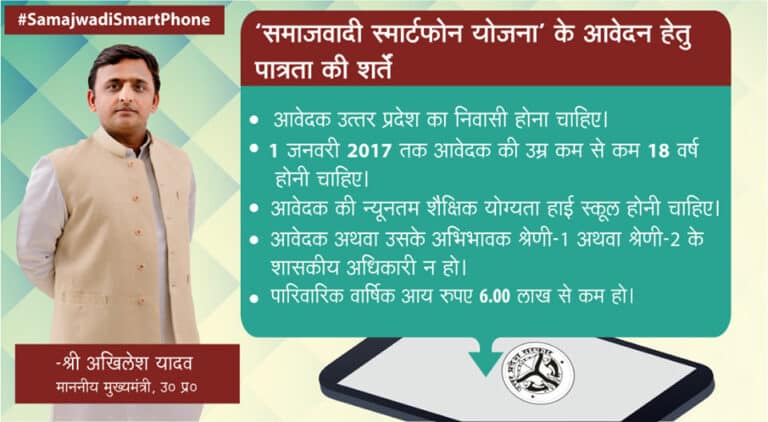 The smartphones will be delivered on the first come first serve basis.

Features of Smartphone under the Scheme

The smartphones to be distributed under the free smartphone scheme would be equipped with latest software including useful apps for rural population, students, youth and small time businessman.

The Uttar Pradesh Government has already run such a scheme for laptop distribution in the state. The government has so far distributed about 18 Lakh laptops under the scheme.

The application form for free smartphone scheme would be filled online, no forms will be available for offline modes. 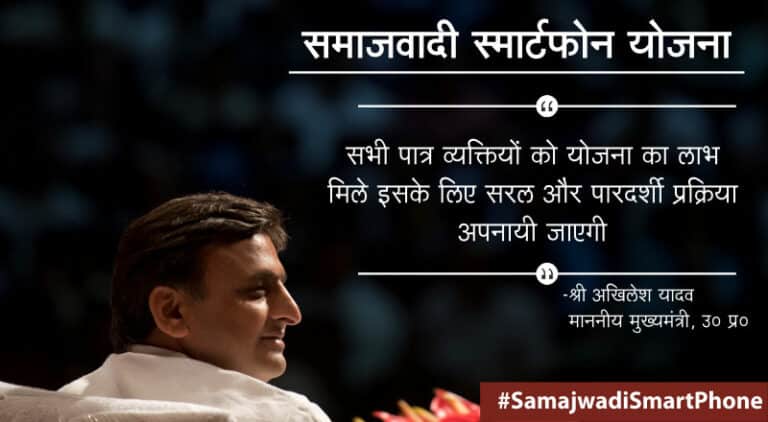 The information above about the Samajwadi Smartphone Yojana is tentative and based on the media sources. Actual information would be available after the scheme is launched.

There are 342 comments on this article | leave a replyTags: Free Smartphone Scheme UP, Samajwadi Smartphone Yojana

Rajesh Kumar at सरकारी योजना
Related Content
« Project LIFE – Housing Scheme for Homeless in Kerala
समाजवादी स्मार्टफोन योजना – Samajwadi Smartphone Yojana in Hindi »
Disclaimer and Notice: This is not the official website for any government scheme nor associated with any Govt. body. Please do not treat this as official website and do not leave your contact / personal such as Aadhar Number or Mobile No. information in the comment below. It is not possible for us to reply to each comment/query, neither we can address the complaints regarding any scheme. We request all our visitors to visit the official website of the concerned department / authority for any complaint, query about the scheme / information published on this website.

342 comments on “Samajwadi Smartphone Yojana – Free Smartphone Scheme in UP”