The state government of Gujarat has announced Rs. 100 per 20 kg as a bonus for cotton farmers of the state. The government will provide Rs. 500 per quintal to each farmer of the state at the time of selling their cotton produce in the market. This means the farmer will get Rs. 500 extra per quintal over and above the minimum support price of ₹4,020 for small staple cotton.

According to the official data, the total production of the cotton is 27.25 lakh hectare but this year production is stood at 26.41 lakh hectares, about 5 percent lower than the normal acreage in the State. In addition, Gujarat state is the largest producer of cotton in the country, followed by Maharashtra and Telangana.

The state government has announced that the bonus will be applied to the three varieties of the cotton — small staple, medium staple and long staple. Each staple has an MSP of ₹4,020, ₹4,270 and ₹4,320 per quintal respectively. Although, the current market price for cotton produces is between Rs. 4,210 and Rs. 4,700 per quintal.

The procurement process of cotton will start from November 1 at 40 procurement centers out of the 56 across the State. The farmers now will get around Rs. 4,820 per quintal after the addition value of the bonus for long staple variety of cotton.

Moreover, the farmers of Saurashtra districts including Surendranagar and Morbi experienced flooding situation in their district during monsoon. The government’s decision of bonus for cotton hovers over and above the MSP is being welcomed by the farmers of the state.

The state government has also approved the formation of a State Crop Insurance Fund. This agency will be a part of the Prime Minister Fasal Bima Yojana (PMFBY). The state government will create huge amount under State Crop Insurance Fund with farmers’ premium, Central crop insurance assistance, and State Crop insurance assistance. This amount will be used for faster disbursement of claims by the farmers. 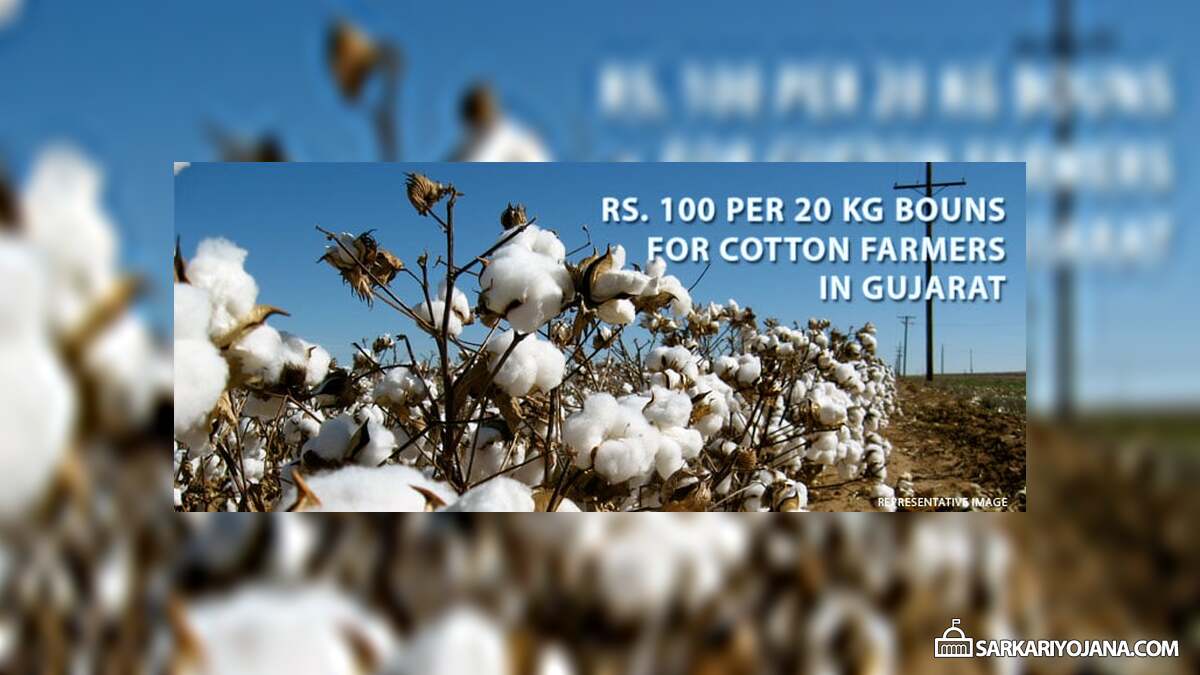