Gujarat state government is inviting applications for its Residential Rooftop Solar plant scheme in the state. The government has already received 15,000 application under the scheme. The purpose of the scheme to motivate the people to choose for green energy. As per the scheme, the participants will get fixed amount against power generated through solar panels on their rooftops.

Under the scheme, the state govt. had made special provision in its budget and earmarked 35 crore covering 20,000 beneficiaries for the year 2017-18.

The cost of installation of residential rooftop solar power plant of 1KW is Rs 69,000. Under the Scheme, Centre gives Rs. 20,700 to individual for setting up a rooftop solar panel plant of 1KW capacity. The state government increased the assistance by Rs 10,000 per KW, with the maximum amount of Rs 20,000 per beneficiary.

Gujarat Energy Development Agency (GEDA) would be responsible for distributing subsidy cheques to the beneficiaries of the scheme.

Objective of Rooftop Solar Plant Scheme
The project is aimed at fighting with the climate change issue and motivate to develop the green energy.

The application forms for the solar plant scheme can be downloaded in PDF format from the official website of GEDA using the below link.
Download Application Form.

The application form can also be obtained from the office of GEDA in Gandhinagar.

Interested candidates can submit the dully filled application form to the Gujarat Energy Development Agency (GEDA) in Gandhinagar along with the registration fee.

The state government has selected 87 channel partners to implement the rooftop solar systems across the state. Below is the link to access the complete list of empaneled channel partners.

Under national solar mission, The central government has set the target of generating 1 lakh MW grid connected solar power by 2022. Gujarat state has given the target of generating 8,024 of which 3,200 MW would be grid-connected power. Annual range of insolation in Gujarat is 5.82 kWh/m2/day. The state government has total installed capacity of 1,300MW including captive and commercial solar power plant, but rooftop power accounts for hardly 30MW. However, State government is using fully capacity to achieve the target at given.

For more information about the rooftop solar plant scheme in Gujarat, please visit the official website of GEDA at http://geda.gujarat.gov.in/ 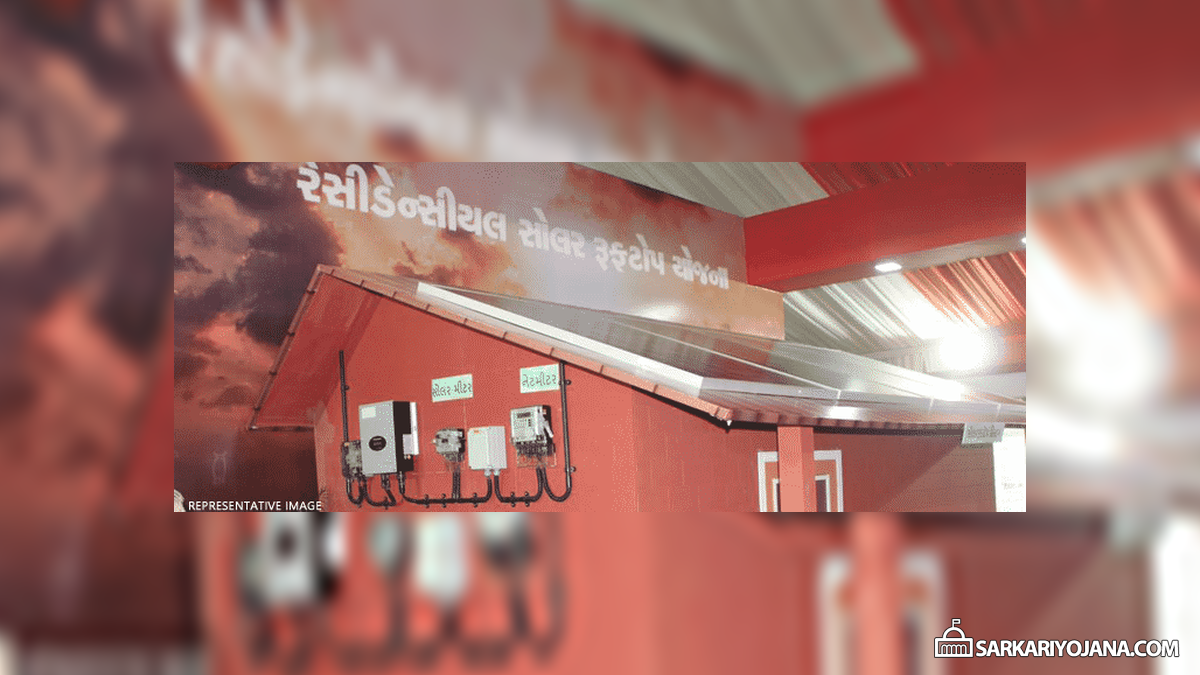