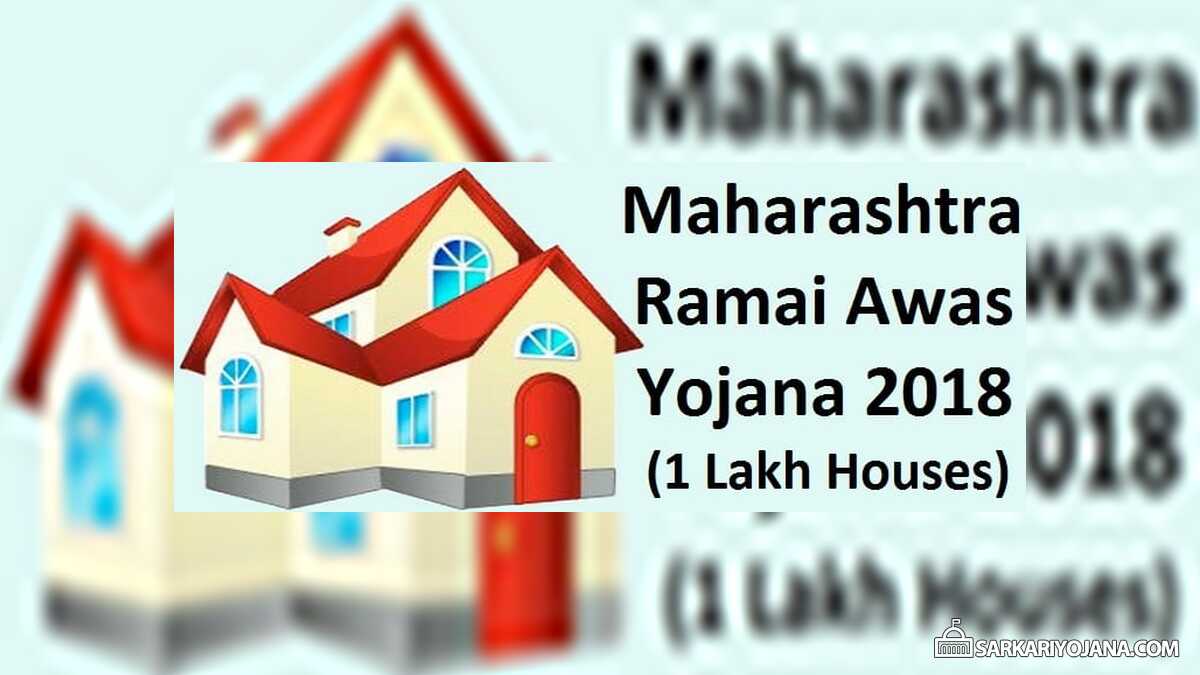 Maharashtra govt. has sanctioned more than 1 lakh homes under Ramai Awas Yojana for poor families belonging to scheduled castes and nav buddha caste. Under this scheme, the Social Justice department has sanctioned these houses in Nagpur, Amravati, Mumbai, Aurangabad, Pune and Nashik division for FY 2018-19. The state govt. targets 200 to 300 houses in every district and the remaining people have to depend on Pradhan Mantri Awas Yojana to get own homes. Check complete list of approved houses under Ramai Housing Scheme 2018-19.

As per the information provided by Mr. Rajkumar Badole (Social Justice Minister), a total number of 1,01,714 houses have been sanctioned under Ramai Awas Yojana 2018-19. He also said that this is the first time in the history of the state that such a huge number of houses for poor people have been sanctioned for construction purpose.

The primary objective of Ramayi Housing Scheme is to provide own roof to every homeless person and to realize the vision of “Housing For All”.

Under Ramayi Housing Scheme, proper sanitation facilities would be provided to all the beneficiary households. Previously, a maximum number of 200 to 300 houses were targeted in every district. Therefore, remaining people had to depend on the PMAY housing scheme for the house.

In the current year 2018-19, only 68 thousand 646 houses have been sanctioned under Pradhan Mantri Awas Yojana (PMAY) Housing Scheme. So, the Social Justice Department has approved one lakh one thousand 714 more homes under the Ramai Awas Yojana.

There are 3 comments on this article | leave a replyTags: Housing Schemes, Pradhan Mantri Awas Yojana

Karan Chhabra at Sarkari Yojana
Related Content
Gujarat Doubles Compensation Amount under Farmers Accidental Insurance Scheme Ayushman Bharat – Niramayam Yojana in Madhya Pradesh | AB-MP Scheme
Disclaimer and Notice: This is not the official website for any government scheme nor associated with any Govt. body. Please do not treat this as official website and do not leave your contact / personal such as Aadhar Number or Mobile No. information in the comment below. It is not possible for us to reply to each comment/query, neither we can address the complaints regarding any scheme. We request all our visitors to visit the official website of the concerned department / authority for any complaint, query about the scheme / information published on this website.