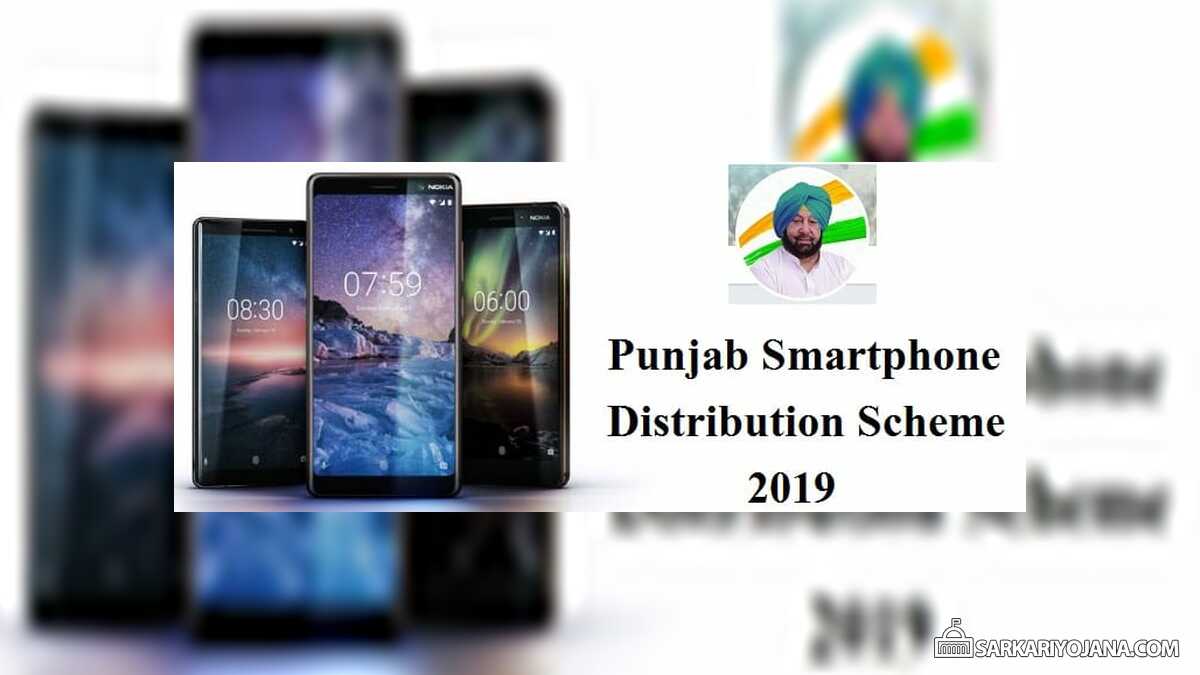 Punjab govt. has announced the launch of Smartphone Distribution Scheme 2019 to distribute free smartphones among the youths of the state. The state cabinet has approved the modalities for distribution of free mobile phones on 2 January 2019. In the 1st phase, all the graduating students of government schools, colleges and technical institutions would be covered.

To lure the youths of the state, the current CM of Punjab in 2016 announced Smartphone Distribution Scheme. Under this scheme, announcement was made to provide 50 lakh smartphones with one year of free data and calling to the youth in the state. This will empower young fellows and will connect them digitally to welfare schemes for them.

This Punjab Smartphone Distribution Scheme 2019 is a pre poll promise of CM Amarinder Singh led congress government which is fulfilled after 2 years of coming in power.

On 2 January 2019, cabinet committee of Punjab govt. has decided to start 1st phase Smartphone Distribution Scheme. In this first phase, smartphones would be given to students of govt. schools, colleges and various technical institutions. All the students will be required to submit a self certification form. This form will ensure that the youth beneficiaries of this scheme are already not in a possession of smartphone and they really requires it.

This new Smartphone Distribution Yojana in Punjab will give a further boost to the digital empowerment agenda of the state government. In addition to this, the state govt. will also provide one time bundled 12 GB data along with 600 local minutes talk time for voice calls which remain valid for 1 year.

To successfully implement this Smartphone Distribution Yojana, govt. will select vendors through an open and transparent bidding process. For this purpose, the tender document has already been floated by the Punjab Information & Communication Technology Corporation. Moreover, these vendors would be on board within a stipulated time duration of 2 months.

Fulfilling another poll promise, my govt is all set to provide smart phones to the youth. #PunjabCabinet today approved the modalities for distribution of phones. We'll cover graduating students of govt. educational institutions in the 1st phase. pic.twitter.com/5Turv0EDyr

The first lot of mobile phones (smartphones) is going to be distributed in the month of March 2019. Despite facing financial crisis, the state govt. wants to successfully implement this scheme before the upcoming Lok Sabha polls. This is because the opposition parties are consistently attacking the Punjab govt. over its failure to keep its pre poll promise.

The cabinet committee has transferred the authority to CM to finalize the name of this scheme. Moreover, chairman of the committee is also authorized for procurement and distribution of smartphones and to make changes in the Request For Proposal (RFP) which may be required in the near future.

There are 0 comments on this article | leave a replyTags: Free Mobile Scheme, Free Smartphone Scheme

Karan Chhabra at Sarkari Yojana
Related Content
हरियाणा परिवार पहचान पत्र – सभी सरकारी सेवाओं / योजनाओं के लिए विशेष पारिवारिक कार्ड PM Ujjwala Yojana BPL List 2020 OR SECC-2011 Data – How to Check Name & Download
Disclaimer and Notice: This is not the official website for any government scheme nor associated with any Govt. body. Please do not treat this as official website and do not leave your contact / personal such as Aadhar Number or Mobile No. information in the comment below. It is not possible for us to reply to each comment/query, neither we can address the complaints regarding any scheme. We request all our visitors to visit the official website of the concerned department / authority for any complaint, query about the scheme / information published on this website.