Punjab govt. is going to start Apni Gaddi Apna Rozgar Scheme 2021 for unemployed youth. Under this Apni Gaddi Apna Rozgar Yojana, the state govt. will provide subsidy on purchase of vehicles. The main objective is to create Rojgar or self employment opportunities to enable people to earn their livelihood. All the jobless youths can now avail subsidy on loans for purchase of 3 wheelers / 4 wheelers vehicles.

The modalities of Apni Gaddi Apna Rozgar Scheme 2021 have been worked out by the state government of Punjab. The study of model of state like Maharashtra, Karnataka and West Bengal is being carried out where subsidy on purchase of vehicles is given for self employment is provided.

The revamped version of Apni Gadi Apna Rojgar Scheme is launched because the eligible beneficiaries were finding it difficult to arrange the margin money and get the vehicle financed from banks. Earlier, the Department of Employment Generation and Training had entered into agreement with web based cab providers like Ola / Uber and vehicles were to be arranged by the driving partners at their own cost.

Punjab govt. will launch this scheme on pilot basis in Amritsar, Ludhiana, Patiala and Ropar cluster including Mohali and Fatehgarh Sahib. In the 1st phase of Apni Gaddi Apna Rozgar Scheme, subsidy will be provided for purchase of 600 cars. The state govt. has entered into an agreement with Uber. The total no.of vehicles to ply in these districts is fixed as per the demand study conducted by Uber. Dept. will invite Apni Gaddi Apna Rozgar Yojana Online Application Form 2021 from potential beneficiaries.

At the opened page, click at the Application Performa for the AGAR Scheme of Ludhiana district link or directly click https://pbemployment.punjab.gov.in/sites/default/files/AGAR%20Proforma%20for%20Ludhiana%20.pdf to open the Apni Gaddi Apna Rozgar Scheme online application form:-

Applicants can download this Apni Gaddi Apna Rozgar Scheme application form in PDF format, fill all the required details anf submit it to the concerned authorities. The eligible beneficiaries will be selected for Apni Gaddi Apna Rojgar Scheme by the respective district committee. This committee will comprise of deputy commissioner, district employment generation and training officer, representatives of Punjab State Co-operative bank and Uber.

As per the information, the state govt. of Punjab will run these number of vehicles in various districts which are as follows:-

The state govt. of Punjab will provide subsidy for 3/4 wheelers in the following manner to unemployed youth:-

As many as 30% of total vehicles loans have been reserved for applicants from scheduled caste (SC) category.

The applicants will be selected on the merit basis i.e on the basis of marks obtained out of total 100 marks. The marks distribution for Apni Gaddi Apna Rozgar Scheme is given below:-

The maximum marks under educational qualification section is 35, driving experience section is 35 and interview is 30 which totals to 100.

The candidates must follow the given eligibility criteria to become eligible for subsidy under Apni Gaddi Apna Rozgar Scheme 2021:-

Selected beneficiaries of Punjab Apni Gaddi Apna Rozgar Scheme 2021 will have to repay equated monthly installments (EMI) to bank as per the agreement. In case any applicant fails to remit EMIs, the banks will act as per the rules to recover balance amount.

Punjab govt. has earmarked a budget of Rs. 5 crore for implementation of Apni Gaddi Apna Rojgar Scheme 2021. The fund amount would be transferred to Punjab State Cooperative Bank for using as margin money. The steps taken by the Punjab govt. will provide self employment opportunities to those who wants employment in transport sector. This scheme will be replicated in other parts of the state after evaluating the outcome of pilot project.

Apni Gaddi Apna Rozgar Yojana is a new scheme announced by the Chief Minister of Punjab, Captain Amrindar Singh. Under the scheme, teh state government will provide taxis to jobless youth at subsidized rates. The Punjab government has tied up with two largest taxi operator companies in India, Ola and Uber. The state government will put the scheme under the new draft transport policy which will be launched in coming weeks.

In its election manifesto, the congress government has promised to the jobless youth of Punjab to provide 1 Lakh taxis, commercial light commercial vehicles and other vehicles every year at subsidized rates. These vehicles will be provided under the Apni Gaddi Apna Rozgar Yojana with no collateral requirement for the loan.

The taxis would be provided at subsidized rates and no collateral would be required for the loan for purchasing the taxi. The loan repayment period would be 5 years under the scheme.

Apni Gaddi Apna Rozgar Yojana will definitely help jobless youth in making them self reliant. The scheme is expected to receive a great response after it is launched.

It is not clear if the applications for the subsidy on vehicles would be invited either through online or offline mode. However, keep watching this page for latest updates on “Apni Gaddi Apna Rozgar Yojana” taxi subsidy scheme of Punjab Government. 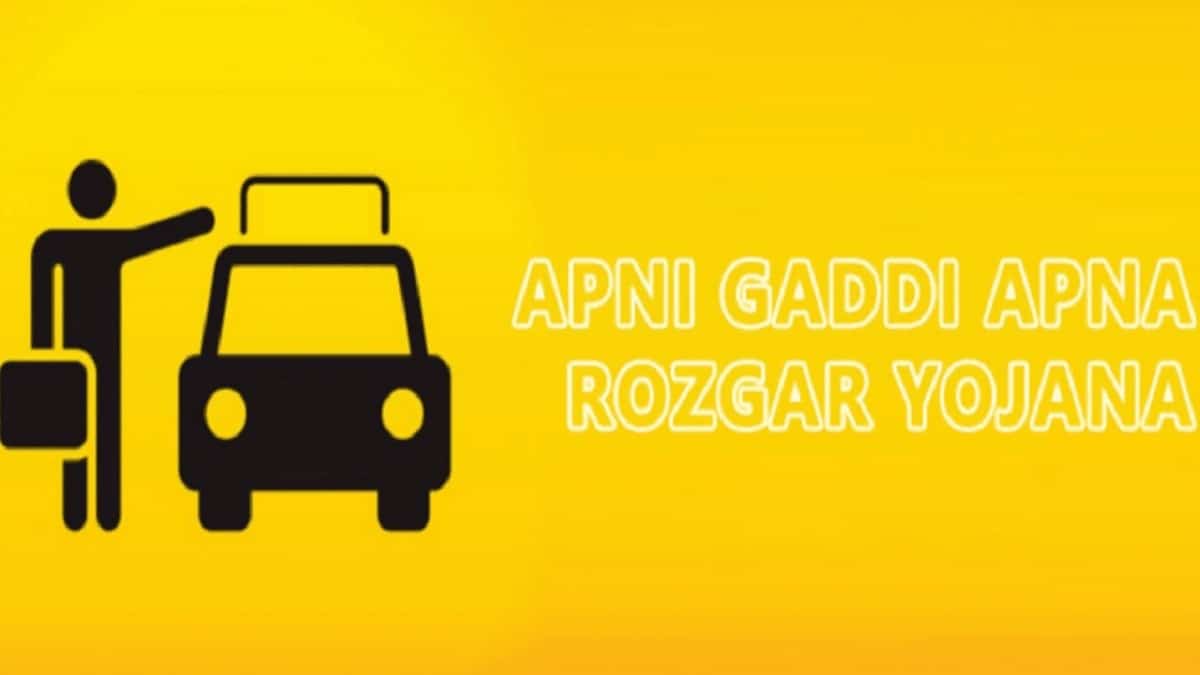