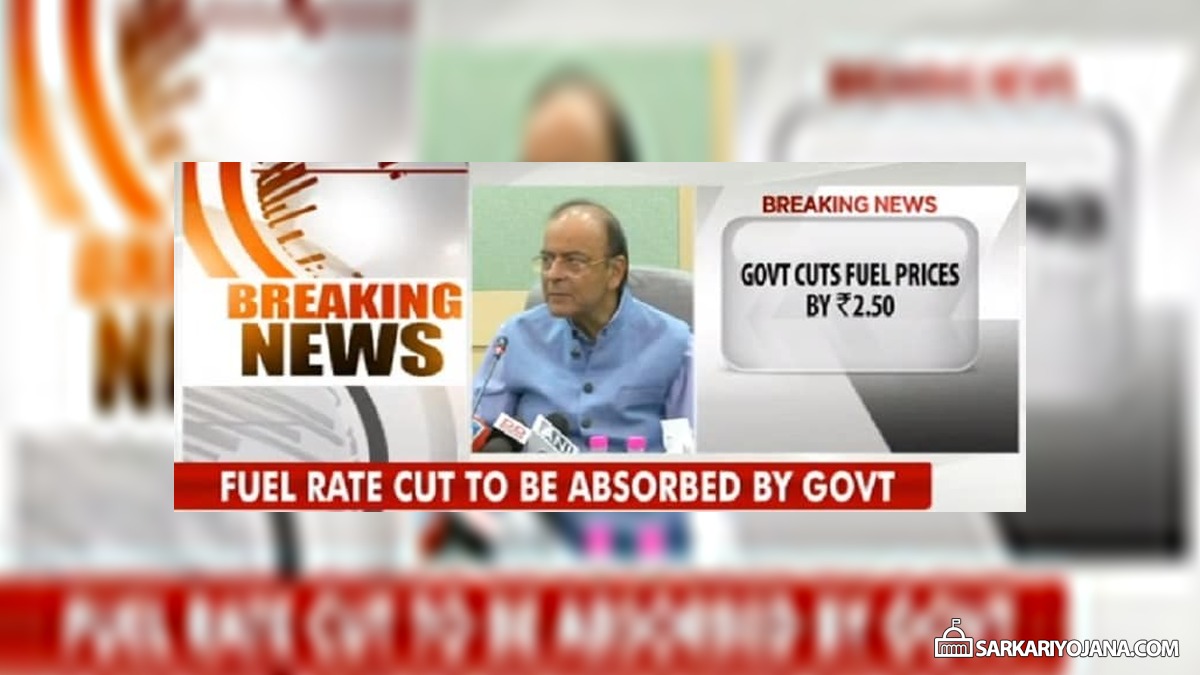 Central government has finally reduced the prices of petrol and diesel by Rs. 2.5 to benefit mainly poor and middle class families. As per the official statement, the revenue department will absorb Rs. 1.5 per litre and OMCs will absorb Rs. 1 totalling to Rs. 2.5 per litre. The central govt. will also request the state governments to make further reductions of Rs. 2.5 by cutting VAT on fuel which will make it Rs. 5 less than the prevailing rates.

The cuts on petrol and diesel comes at a time when the brent crude has touched $86 per barrel and there is uncertainty in international crude oil market. This new move will have an impact of Rs. 10,500 crore in this fiscal year but the government is confident of achieving its fiscal deficit target.

FM Arun Jaitley has announced to provide a marginal relief for citizens as the fuel prices are soaring in the previous few days. The Rs. 2.50 benefit for citizens is within the control of the government and oil marketing companies.

Finance Minister of India has announced that the central govt. has decided to cut petrol diesel prices by Rs. 2.5 to benefit citizens. Revenue department and oil marketing companies will absorb this amount as the prices of crude oil are consistently rising in the international market. State govt. are also requested to reduce value added tax (VAT) on the fuel prices by Rs. 2.5 to provide an overall relief of Rs. 5 for citizens.

This is a long term demand from the common man as the central govt. had previously raised excise duty on petrol by Rs. 11.77 per litre and that on diesel by Rs. 13.47 per litre b/w Nov 2014 to Jan 2016. Previously, the prices were slashed by Rs. 2 per litre in the month of October last year.

Govt has decided that revenue dept will absorb Rs 1.50 per litre while OMCs will absorb the other Rs 1.00; will request to state govts to reduce VAT on fuel by Rs 2.50 as well: Union Minister arunjaitley #fuelprices pic.twitter.com/pQO2CKAfGW

Moderate inflation currently standing at less than 4% and higher tax collections has given the comfort on the fiscal front.

Various states have responded very positively on the central govt’s move. Now the prices are slashed by Rs. 5 in several states and the names of these states includes:-

The central government has taken several measures to tackle the rising fuel prices. Reserve Bank of India (RBI) had previously allowed the Oil Marketing Companies (OMCs) to raise dollars directly from the overseas market capping it at $10 billion.