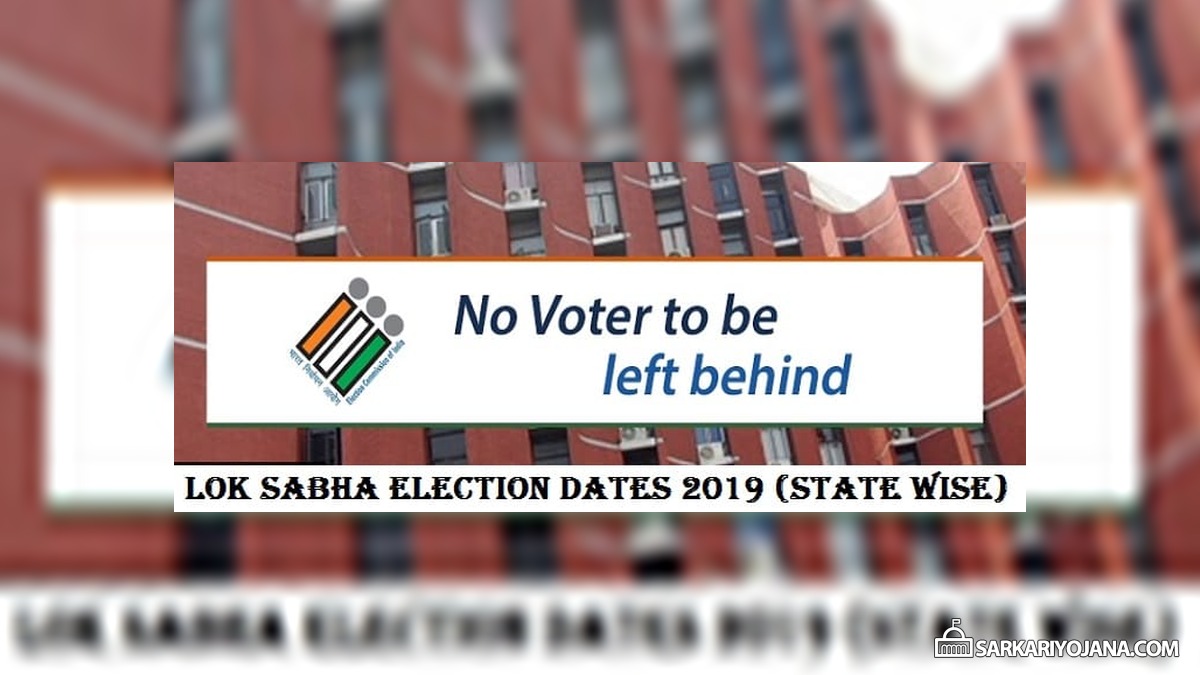 Election Commission (EC) of India has announced the 17th Lok Sabha Election Dates 2019. This time voting for selection of Member of Parliaments (MPs) will take place in 7 phases from 11 April to 19 May 2019. The Lok Sabha Chunav results would be announced on 23 May 2019. Check complete state wise dates of voting to caste your important vote to choose govt. of your choice.

The entire Lok Sabha elections 2019 would test the fate of all the works being done by the PM Narendra Modi led NDA government. Moreover, the fate of UPA would also be decided in the upcoming Lok Sabha Chunav.

Election Commission urges the 11 million election machinery to rededicate themselves to the task of free and fair elections in India.

This time, the election commission is going to conduct elections through the same EVM machines and the request of other parties to use ballot paper has been overruled by EC of India. In all polling areas, VVPAT along with EVMs would be used. The election on all the 543 seats in Lok Sabha would be conducted in these 7 phase. People can now check the dates of state wise Lok Sabha Elections in the table below:-

This time for Lok Sabha Chunav, there are 15 million voters in the age group of 18 to 19 years. 1950 is Voter Helpline number.

Some states name can overlap in one or more phases as elections are going to be organized in phases in those states. So, now check complete details phase wise of Lok Sabha voting in different states:-