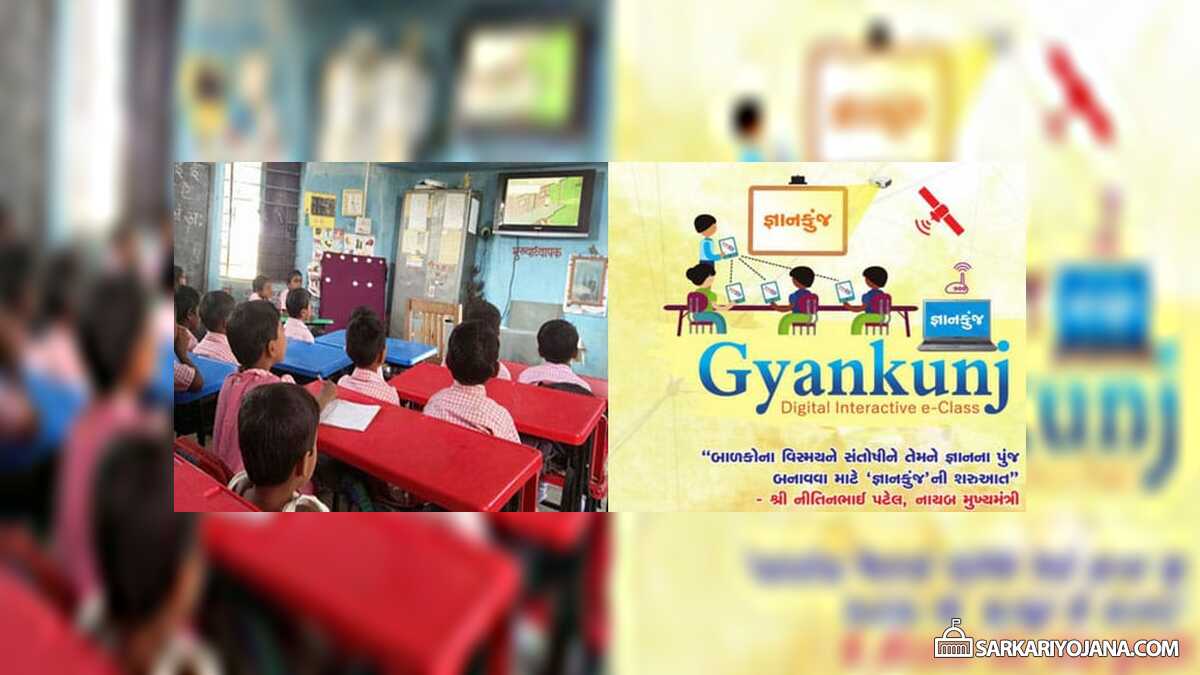 Gujarat government has launched “Gyankunj E- Class Project” to promote digital literacy among primary students in all government aided schools in the state. All the primary schools will be harnessed with high class facilities across the state.

The aim of gyankunj e- class project is to provide the tablet to replace bags and books in all the primary schools and bridge the gap in education system. This scheme will be roll out by the state education department for Class VII and VIII students in the schools.

It is a major move by the Gujarat government towards digitization of education sector to making students burden-free by replacing school bags and textbooks with tablets. Under this program, the state government will distribute tablets to Class VII and VIII students of 100 schools.

As per survey, over 3173 classrooms of 2,051 government primary schools has been selected to reconstruct the classroom. Teaching in these classroom will be done with the help of 3D effect on school’s smart boards.

Under the scheme, the state government will issue grant to selected schools and classrooms to create infrastructure like whiteboard, computer, projector, infra-red camera, interactive software, wireless network etc. for digital and quality education in the government schools.

Education is the base of entire human life and the learning solutions will not only help build the base but will make the education roots stronger forever. E- class project is not only an attempt to encourage quality learning but it also help the process of learning by making it effective and engaging in innovative ways.