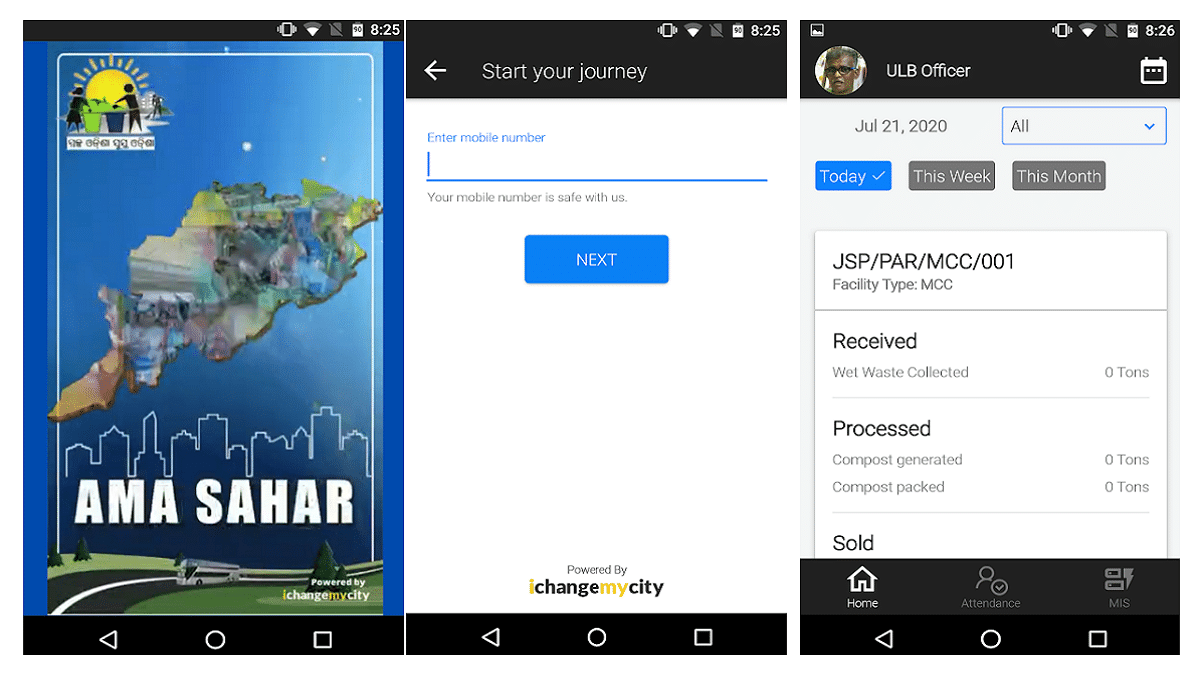 Odisha Ama Sahar mobile app is now available to download from Google Play Store for android users and Apple App Store for IPhone users. CM Naveen Patnaik has launched this “AMA SAHAR” app as a part of the 5T mandate to provide citizen centric services. In this article, we will tell you about the app downloading links and its important features.

Ama Sahar is a citizen engagement and performance management app created for Department of Housing and Urban Development Department, Odisha government. The app facilitates citizens to post requests for garbage pickups and raise complaints if they are not happy with solid waste management services.

The AMA SAHAR App facilitates government officials, sanitation workers and facility managers input data on the daily basis. This would help government to monitor the performance of the processes and facilities put up for Solid Waste Management in the State of Odisha.

Below is the direct link to download Ama Sahar App from Google Play Store for Android Smartphone users:-https://play.google.com/store/apps/details?id=com.ichangemycity.performancemanagement&hl=en_IN

The Ama Sahar App download page at google play store will open as shown below:-

People can then easily click at the “Install” button present at this page to start Ama Sahar App downloading automatically.

Here are the some of the features of the Ama Sahar App for android smartphone users:-

Citizens and Odisha state government officials can use Ama Sahar app now by easily downloading it.

Below is the direct link to download Ama Sahar Mobile App from Apple App Store for Iphone users:- https://apps.apple.com/us/app/ama-sahar/id1525081382

The Ama Sahar App download page at apple app store will open as shown below:-

People can easily download the Ama Sahar app started from Apple App Store launched by CM Naveen Patnaik. This app is 24.1 MB in size, requires iOS 11.0 or later and is compatible with iPhone, iPad and iPod touch. The seller of this app at apple app store is Janaagraha centre for citizenship and democracy.