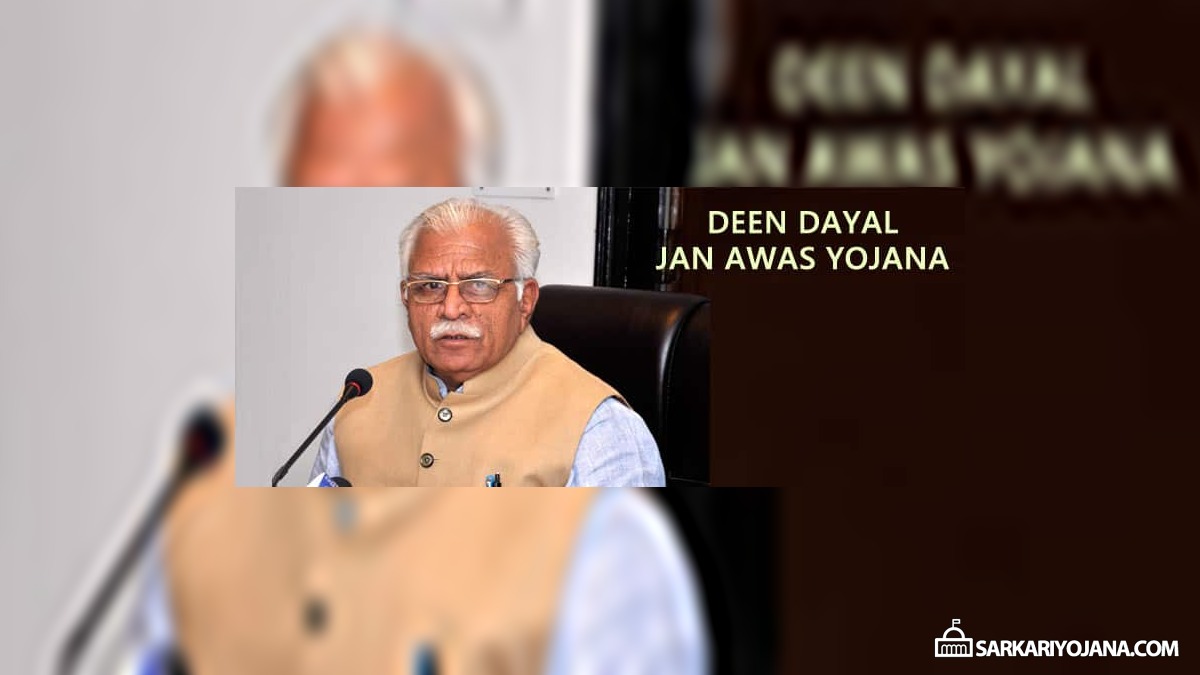 The scheme was launched during the celebration of Haryana Golden Jubilee on 1st November 2016 in Gurugram (formerly Gurgaon). Under the scheme, the state government would develop low cost high density colonies in the low and medium potential towns where the land may be available for the development.

The affordable housing colonies under the scheme would be developed by the private developers under the supervision of the state government.

The government aims to build 2 Lakh houses under the scheme by the year 2022 to contribute to mission housing for all of Prime Minister Narendra Modi.

Under Deen Dayal Jan Awas Yojana, max allowed area of the plot would be 150 Sq.Mt.. The minimum and maximum density per acre is 240 and 400 people respectively.