President Ram Nath Kovind has launched Free Smartphone Distribution Scheme in Chhattisgarh. Under CG Sanchar Kranti Yojana, govt. will start distribution of free smartphones to around 50 lakh people in the state. In 1st phase, chhattisgarh govt. will distribute smartphones to beneficiaries in urban areas from 30 July to 16 August. In 2nd phase, rural areas will be covered from 17 August to 22 September 2018.

Marking the official launch of Free Smartphones Scheme 2018, Prez has given phones to 2 women beneficiaries and 1 college student.

This scheme is specifically designed to reduce the digital divide and to increase mobile connectivity which currently stands at 29% in rural areas. Around 13,900 villages will be covered under SKY 2018. At the official launch event, 2 women beneficiaries and 1 college students have received smartphones. The scheme will ensure various developmental activities to attain new heights in the region and state.

This smartphone distribution will be carried out for the next 2 months. All the 4G phones will consist of mobile application named ‘Goth’ which means “to talk”. This app will enable beneficiaries about various public welfare schemes launched by the state govt. and the central government. People can also get information on schemes related to agriculture, skill development, employment, education and self-help groups. 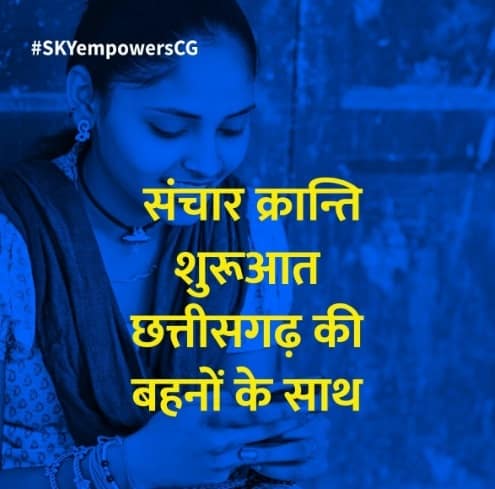 Prez also dedicated a new hospital building of Late Baliram Kashyap Memorial Medical College in Dirampal village, near Jagdalpur (300 km from Raipur). This hospital building has the capacity of 500 beds with 75 specialist doctors and 376 paramedical staff. This hospital is extremely significant for the security forces which are involved in anti-Naxals operations in the region. Previously, injured personnel needs to be shifted to Raipur for quality treatment.

There are 2 comments on this article | leave a replyTags: Free Mobile Scheme, Free Smartphone Scheme

Related Content
« Megha Health Insurance Scheme (MHIS IV) Approved in Convergence with PMRSSM
Mil Banche Volunteer Registration – Join School Chale Abhiyan in Madhya Pradesh »
VIEWS:
Disclaimer & Notice: This is not the official website for any government scheme nor associated with any Govt. body. Please do not treat this as official website and do not leave your contact / personal such as Aadhar Number or Mobile No. information in the comment below. It is not possible for us to reply to each comment/query, neither we can address the complaints regarding any scheme. We request all our visitors to visit the official website of the concerned department / authority for any complaint, query about the scheme / information published on this website.