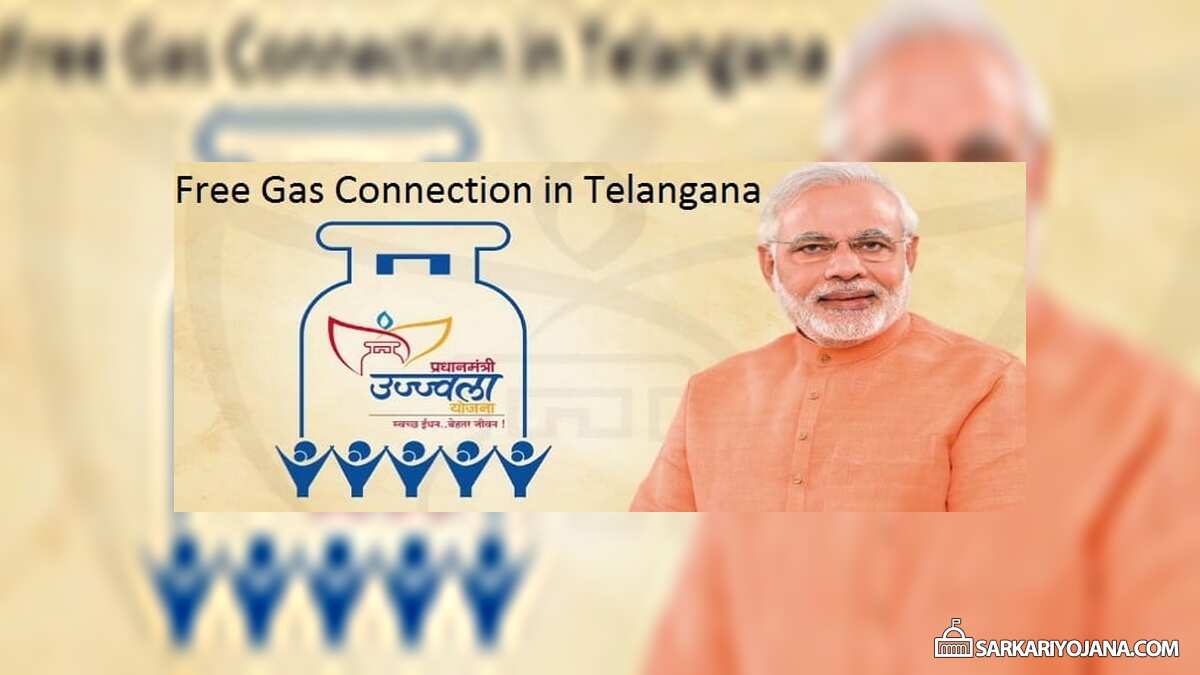 Central government has now launched its flagship Pradhan Mantri Ujjwala Yojana (PMUY) in Telangana on 14 April 2018. Under this scheme, govt. will now provide Free LPG Gas Connection to all the below poverty line (BPL) families in the state. PMUY in Telangana LPG Scheme will provide free gas connections to around 20 lakh families.

Oil Minister Dharmendra Pradhan has announced the launch of PMUY Scheme and has participated in the official launch event. This event was held at SV Degree College Grounds, Suryapet where 1000 connections will be provided to the beneficiaries marking PMUY launch in the state. Due to existing deepam scheme, the number of beneficiaries in Telangana are less.

Pradhan Mantri Ujjwala Yojana (PMUY) in its 2nd phase will cover all the SC / ST households along with other beneficiaries. This scheme will benefit the women belonging to poor and deprived sections of the society. PMUY will emphasize on reducing usage of firewood and traditional Biomass fuels that have the potential to cause respiratory diseases.

Central govt. has launched PMUY Scheme in the state to cover all the bpl households and to provide smoke free environment to kids and women. In the first year, 3 oil marketing companies – IOC, BPCL and HPCL targets to issue 2-3 lakh new free gas connections. All the beneficiaries will get stove, regulator and 6 LPG Gas Cylinders free of cost. For this, Central govt. has sanctioned 707 distribution points in Telangana.

There are approx. 94.36 lakh domestic gas connections in Telangana. Most of the people in the state already possess LPG connections under the existing Deepam Scheme. Still around 20 lakh people does not have any gas connection, so the central govt. will launch this scheme. This scheme will benefit mostly rural households as only 60% to 70% poor families posses gas connections.

PMUY in Telangana will also possess the EMI option which companies offers to their beneficiaries to get stove and first refill. All the PMUY beneficiaries will get an option to pay their EMI directly through their LPG subsidy amount in their bank accounts. First EMI / Installment will start from supply of 7th refill.

PMUY Scheme was launched on 1 May 2016 from Ballia, Uttar Pradesh. Under this scheme, govt. had decided to provided free lpg gas connections to 5 crore families. The total allocation for 3 years (2016,17,18) was Rs. 8000 crore. Till date, central govt. has already provided these free LPG connections to around 3.54 crore families. Identification of families is done done as per the SECC 2011 Data – All India Final BPL List.

Under PMUY, central govt. gives Rs. 1600 per connection as financial assistance. This amount is given to OMCs for security deposit of 14.2 kg cylinder, pressure regulator and installation / demonstration charges (payable to distributors) along with cost of Domestic Gas Consumer Card booklet / Blue Book.

Free LPG Gas Connections are issued in the name of women belonging to BPL families. As a security constraint, only the bpl women households with ‘pucca’ ghar can only avail this scheme to ensure their safety.

There are 6 comments on this article | leave a replyTags: Pradhan Mantri Ujjwala Yojana

Karan Chhabra at Sarkari Yojana
Related Content
List of Services Provided by Common Service Centers (CSC’s) in India upkisankarjrahat.upsdc.gov.in – UP Kisan Rin (Karz) Mochan 2019 Complaint Login & Status
Disclaimer and Notice: This is not the official website for any government scheme nor associated with any Govt. body. Please do not treat this as official website and do not leave your contact / personal such as Aadhar Number or Mobile No. information in the comment below. It is not possible for us to reply to each comment/query, neither we can address the complaints regarding any scheme. We request all our visitors to visit the official website of the concerned department / authority for any complaint, query about the scheme / information published on this website.