Odisha Town Planning Scheme 2022 had been launched by Chief Minister Naveen Patnaik on 24 December 2020. This is the first town planning initiative started by the Bhubaneswar Development Authority (BDA). On the official launch event for Town Planning Scheme, CM has distributed land pattas to residents of 4 villages situated on the outskirts of the capital city. The main objective of this scheme is to distribute Records of Rights (RoRs) to villagers.

The Odisha Town Planning Scheme 2022 is a project by BDA to increase city’s street density and improve accessibility. Cities are the growth engines of our economy. So CM focused on planned development of cities in a sustainable manner and enable an organic growth while ensuring safety nets for the vulnerable sections. In this article, we will tell you about the complete details of the Town Planning Scheme 2022 in Odisha.

Records of Rights (RoRs) to Villagers in Odisha

CM Naveen Patnaik has distributed Records of Rights (RoRs) to villagers of the following areas through video conferencing:-

Chief Minister mentioned that community partnership and citizen involvement are central focus areas for development of cities in Odisha. The state government gives high priority to such partnership models with active involvement of citizens. The primary objective of Odisha Town Planning Scheme 2022 is to make the state a role model in urban development.

Odisha Town Planning Scheme 2022 will herald a new era of planned development. This new scheme for plan development of cities will be implemented in a time bound manner so that model can be created for the rest of the cities to emulate. CM Naveen Patnaik lauded BDA to initiate the Town Planning Scheme in partnership with land owners. This initiative is a fair, transparent and practical way of expanding the cities in a planned manner.

With the Odisha Town Planning Scheme (OTPS), the BDA will now adopt the land pooling method instead of the traditional land acquisition. This land poling method under OTPS Scheme would be followed for infrastructure development and urban growth in Bhubaneswar and its outskirts. In the first phase, 358 numbers of RoR will be distributed to the land owners of Sahajpur village.

Under the scheme, BDA will take over 40 per cent of the area of land owners covering 746.70 acres from 4 Mouzas namely Sahajpur, Naragoda, Sijupur and Paikarapur. In lieu of this, the BDA would not give any compensation but will ensure infrastructure development on the remaining 60% area.

Once the Odisha Town Planning Scheme is implemented, the city will be able to obtain land for public purposes such as:-

OTPS will even avoid much of the haphazard expansion that take place in and around Bhubaneswar. Moreover, the benefits of Odisha Town Planning Scheme will include increasing street density in the city, improve accessibility, reduce average trip lengths and reduce road congestion.

After getting the State government nod on the final proposal, the Revenue and Disaster Management department has initiated the record correction of final plots in favour of land owners. The record correction for other villages, Naragoda, Sijuput and Paikarapur under preliminary scheme no. 1 is under process and would be completed soon.

CM on his twitter handler mentioned “A new era has begun in the state in terms of planned development & hoped the programme would be completed within stipulated time and set an example for other cities. Currently, 45 town planning have been done in 58 revenue villages in the state.” 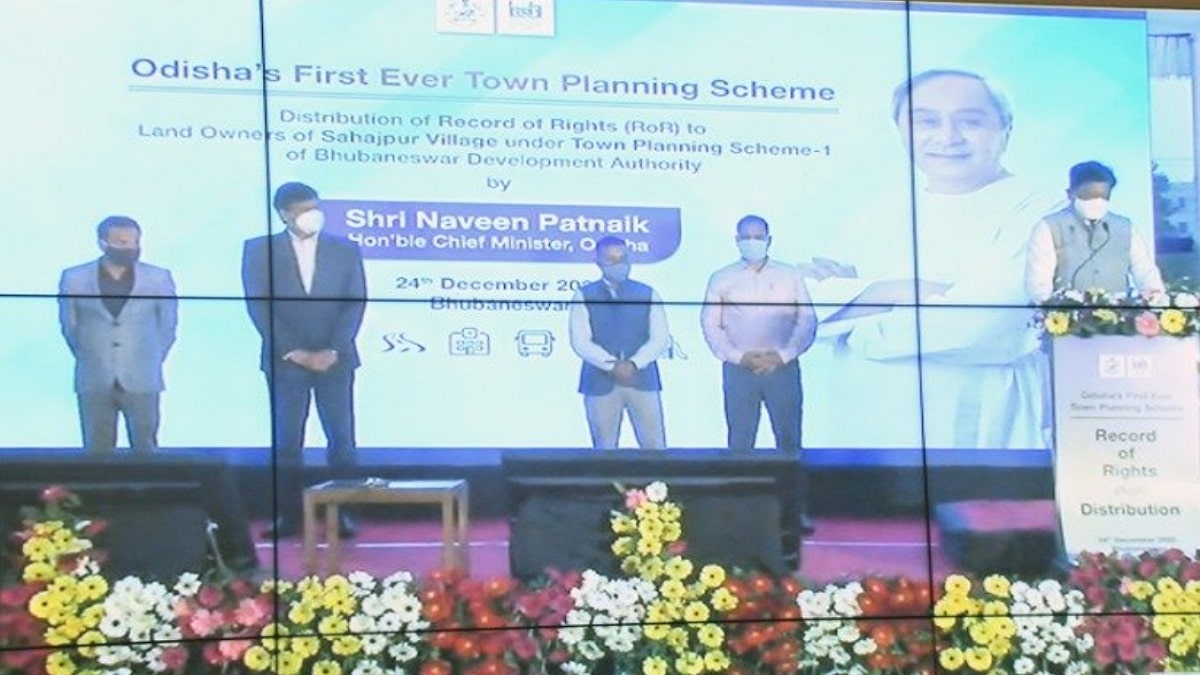