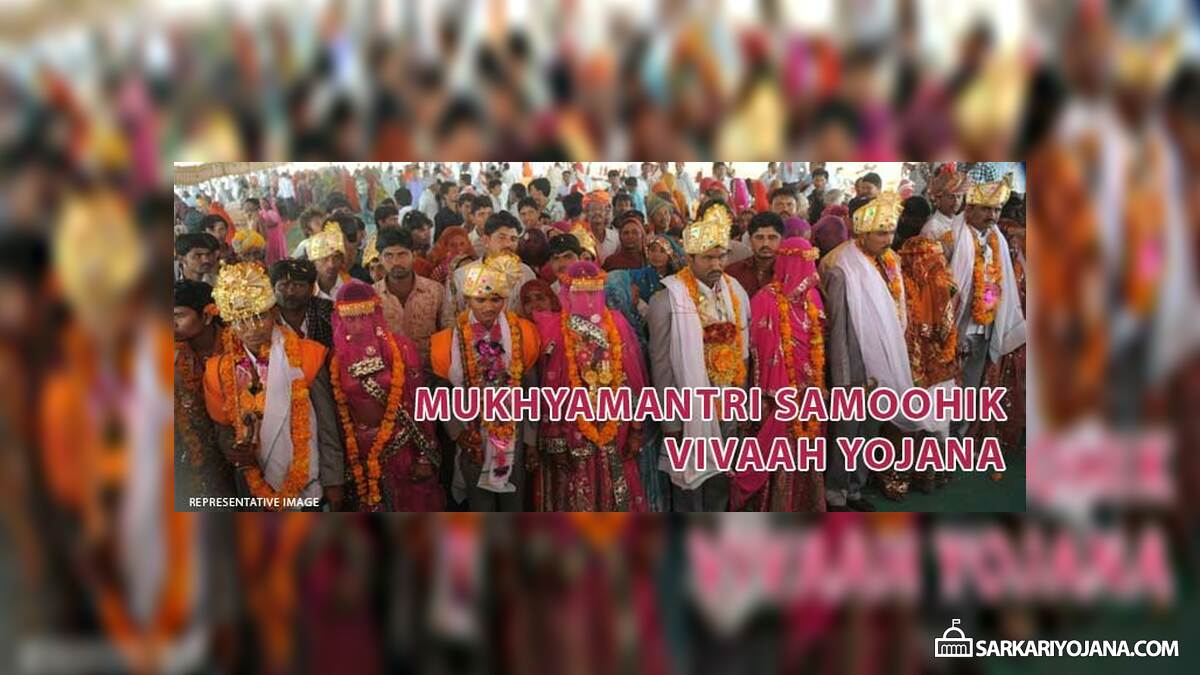 The state government of Uttar Pradesh is all set to introduce a new scheme named as Mukhyamantri Samoohik Vivaah Yojana or Mass Marriage Scheme for new couples. Under the scheme, the state government will spend a total of Rs. 35000 for each couple out of which Rs. 20,000 will be transferred directly to the bank accounts of the beneficiary. Rest of the amount would be spent to provide a gift which will have a new mobile phone and other household items.

The guideline and framework of Mukhyamantri Samoohik Vivaah Yojana will be drawn by social welfare department, Uttar Pradesh. The objective of this scheme is to provide financial assistance on the occasion of marriage for the couple belonging to economically weaker section of the state.

The scheme has been approved by the state cabinet which will be launched as soon as all the contours of the scheme are finalized. The state government would form a committee for the identification of such eligible couple beneficiaries.

UP Govt. has fixed some criteria to avail the benefits of this scheme given below:-

The state government has given its approval for the scheme on 3 October 2017. This scheme will soon be launched with the objective of making the marriage occasion a special one for the couples from poor sections.

There are 4 comments on this article | leave a replyTags: Up Government Schemes 2017, Yogi Aadityanath Schemes

Rajesh Kumar at Sarkari Yojana
Related Content
Mukhyamantri Bal Hriday Suraksha Yojana Chhattisgarh – Application Form & Details प्रधानमंत्री सहज बिजली हर घर योजना – सौभाग्य स्कीम में वर्ष 2019 तक सभी को बिजली
Disclaimer and Notice: This is not the official website for any government scheme nor associated with any Govt. body. Please do not treat this as official website and do not leave your contact / personal such as Aadhar Number or Mobile No. information in the comment below. It is not possible for us to reply to each comment/query, neither we can address the complaints regarding any scheme. We request all our visitors to visit the official website of the concerned department / authority for any complaint, query about the scheme / information published on this website.