Haryana govt. is going to provide Licenses to Construct Affordable Houses under Deen Dayal Jan Awas Yojana. Under DDJAY Scheme, the state govt. will grant licenses to construct plots on 5 to 15 acres of land. This decision would even curb the development of unauthorized colonies.

CM Manohar Lal Khattar has also removed the maximum limit for affordable group housing colony of 75 acres in small towns & 300 acres in Gurugram. Maximum limit in each residential sector is also raised from 10 acres to 15 acres. Preference in allotment of flats would be given to Pradhan Mantri Awas Yojana (PMAY) beneficiaries.

CM also announced that if any person purchases plot, then there is now permission or license required to build residential flats upto 4 floor.

Licenses to Construct Affordable Houses under DDJAY in Haryana

CM ML Khattar said that Licenses are granted on 5 to 15 acres of land under Deen Dayal Jan Awas Yojana (DDJAY). Maximum size of plot would be 150 square metres. The state govt. had implemented this scheme in cities with high density with high success rate. Around 1534 licenses were granted in the tenure of previous government of which maximum are granted after 2002.

On 13 September 2018, CM Manohar Lal Khattar announced that govt. will setup Faridabad Metropolitan Development Authority. FMDA will be setup on the similar lines as one in Gurugram and will lead to overall development of the district. 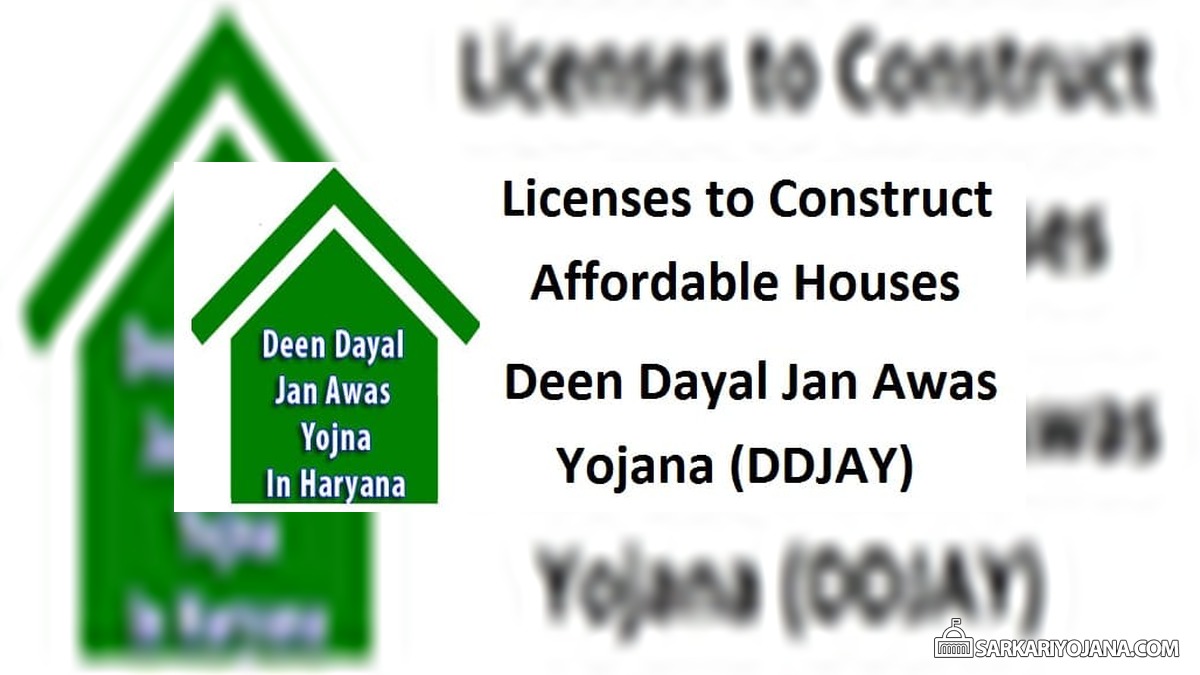