The state government of Karnataka is implementing “Mathru Purna Scheme” or “Matru Poorna Scheme” for pregnant and lactating poor women across the state. The aim of the scheme is to provide at least one nutritious meal every day to pregnant women particularly those living in rural areas of the state.

The guideline and framework of Mathru Purna Scheme (Matru Poorna) has been operated by the department of women and child welfare, government of Karnataka. This scheme includes rice, dal or sambar, green vegetables, pulses, egg and groundnut-jaggery chikki to meet the nutritional needs of pregnant and lactating women in rural areas.

In addition, this scheme is providing two kinds of sprouts for those pregnant women who don’t eat eggs. The responsibility to implement this scheme is of all the anganwadis working among rural women across the State.

The objective of Matru Poorna scheme is to improve maternal health that have a direct impact on the women and child’s nutrition. Under the scheme, the estimated cost of each meal could be around Rs. 21 per meal. The meal to pregnant women would be provided for 15 months that means it starts from the time of pregnancy to up to six months after delivery. This scheme will help in curb child malnutrition across the state.

During 2016-17 financial year, the state government had launched micro nutrients for pregnant and lactating women who are living in backward taluks at a cost of Rs 42 crore under Mathru Pushtivardhini Scheme, under National Health Mission (NHM).

In 2017-18 financial budget, the government had made an announcement to extend the scheme to all 30 districts in the state and made a provision in budget and allocated funds of Rs. 302 crore for effective implementation of this scheme.

Moreover, the workers of anganwadis can change the diet in case the stipulated items aren’t easily available in the region and the food preference of beneficiary’s will be taken into consideration at time of providing meals.

The implementation process of matru poorna scheme will be started on October 2, 2017 at all anganwadis centers across the State. The state government is providing all requirement / grant to procure utensils and gas cylinder for cooking food at anganwadis. 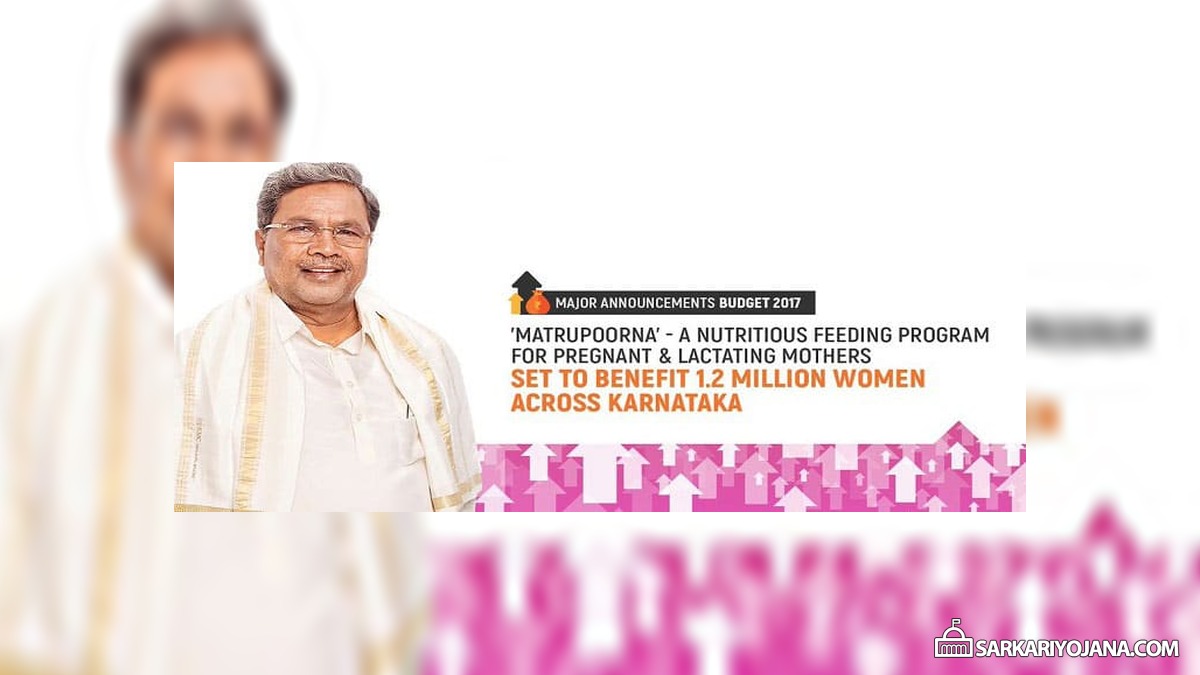