Previously, the state govt. planned to complete the farm loan waiver scheme in 4 stages. But after the relentless attack on CM by PM Narendra Modi, who termed it as only a “lollipop” for insignificant number of farmers, the state govt. has decided to do so.

The state govt. is working hard to resolve the long term demand of waiving loans of farmers. In the upcoming budget, CM will clear the complete loan waiver and now it will not take 4 years. Hence the primary focus is to make it clear that it is not only a lollipop but it is a major step towards the welfare of farmers.

Now the Karnataka Farm Loan Waiver Scheme is going to be implemented in one stroke with required allocation in the second budget for FY 2019-2020. While the state govt. had earlier decided to complete the Farmer Loan Waiver process 4 stages. CM Kumaraswamy also reacted to the comment of Union minister Rajnath Singh which stated that the state govt. had promised complete loan waiver to farmers but was only issuing notice to farmers for loan recovery.

CM said that notices are only being issued by the various nationalized banks which comes under the control of central govt. which shows the mean mentality of the central government. This shows that the Modi led NDA govt. is taking the issue of solving farmers worries so lightly. On 8 February 2019, the state govt. will present its new budget of 2019-2020 and now loan waiver will not be taken to 4 stages, instead it would be completed in a single phase.

It is imperative to note that it would be done without violating the fiscal responsibility. CM will prove that with complete allocation of money for Farmer Loan Waiver Scheme, govt. is committed to the welfare of farmers. The state govt. had announced Rs. 46,000 crore loan waiver scheme in July 2018 but it was having certain issues particularly related to nationalized banks. After its complete implementation, the state’s scheme will become a role model for other states in the days to come.

Till date, there is a tedious task of waiving off Rs. 46,000 crore farm loan from nationalized and cooperative banks. For this purpose, CM has created a separate cell and even appointed an IAS officer to work on this for 24 hours. CM office (CMO) is consistently tracking the progress on a daily basis and is working effectively to ensure that loan waiver benefits reaches every farmer across the state.

Till 11 January 2019, the farm loan waiver has already reached around 1,70,000 farmers and the state govt. has already released Rs. 900 crore. In the 1st Budget, the state govt. has allocated Rs. 9,000 crore for loan waiver scheme in the first year. By 31 January 2019, approx. 11 to 12 lakh farmers will get the loan waiver benefits. CM said that a comparison should be made between the farm loan waiver schemes of various states like Uttar Pradesh, Maharashtra, Andhra Pradesh. Karnataka Farm Loan Waiver Scheme is surely a role model as the farmers got benefited in a lesser time span.

The state govt. was holding discussions with the nationalized banks, and the govt. was expecting some relaxation in the backdrop of one time settlement plan. Out of the Rs. 9,500 crore loan waiver details of the cooperative banks that the state govt. has, some were false claims. According to the guidelines, farmers needs to submit some documents in order to find out the people who are misusing it and to eliminate them. Karnataka Farm Loan Waiver Scheme implementation is the biggest achievement of the state government so far. 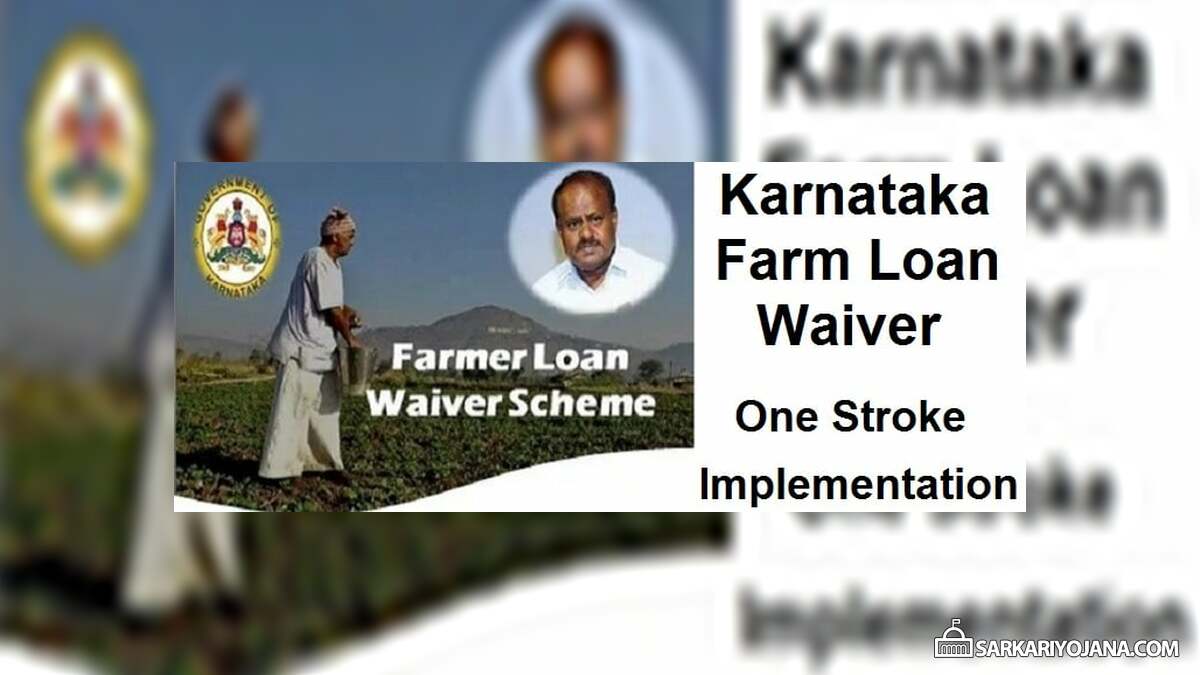