Under the new Indira Gandhi Urban Employment Scheme, 100 days of employment per year will be provided to the families residing in urban areas. The state government will spend Rs. 800 crore per year on this ambitious scheme, an official statement said. According to the new guidelines, in the scheme, the people in the age group of 18 to 60 years residing in the local body area will be registered on the basis of Jan Aadhaar card. The work will be approved and executed through committees at the state and district levels under the scheme, the statement said.

The new Indira Gandhi Urban Employment Guarantee Scheme will work in a similar manner to Mahatma Gandhi National Rural Employment Guarantee Act. Just like MGNREGA offers employment in rural areas, IGUEGS will offers jobs in urban areas for 100 days in a year. There have been calls to introduce a similar scheme for urban areas at a national level but the central government has stayed away from it.

CM Ashok Gehlot said “There is no scheme like MGNREGA for those in urban areas working as street vendors selling fruits, vegetables or wares, working in dhabas and restaurants, and others. Those impacted by the pandemic need further help to be able to lead a normal life. By this Indira Gandhi Urban Employment Guarantee Scheme, families residing in towns and cities too can ask for 100 days of work every year in Rajasthan”.

Chief Minister also announced that the number of work days under MGNREGA will be extended to 125 from the existing 100 days at the cost of the state government. Rajasthan is not the first state to attempt an urban jobs guarantee scheme.

Kerala had a scheme for minimum assured employment even prior to the pandemic, while other states, including Odisha and Himachal Pradesh, had introduced such provisions amid the sharp rise in urban unemployment during the earlier COVID-19 pandemic outbreak. However, these state-level schemes are often constrained by inadequate funding and lack of resources.

While some states have previously announced such schemes, the scale of the scheme announced by Rajasthan is among the largest. While even Rs. 800 crore will likely fall short, it is a significant announcement together with the increase in the number of days permitted under the MGNREGA. It is still needed on the design of the Indira Gandhi Urban Employment scheme and the nature of the work that will be provided.

In urban areas, the scheme will present a fallback option and help stabilise the urban working environment. While there was the need for such a scheme to be implemented nationally, it was not announced in the Union Budget 2022-23. For a pan-India urban jobs guarantee scheme, the fiscal cost will be very significant. So, central govt. needs to examine the idea in detail.

Moreover, requirements of employment and the nature of it may differ from state to state and city to city. The pattern of migration is very different across states, and across cities and towns. As such, the requirement for urban job guarantees and its fiscal needs needs to be studied. 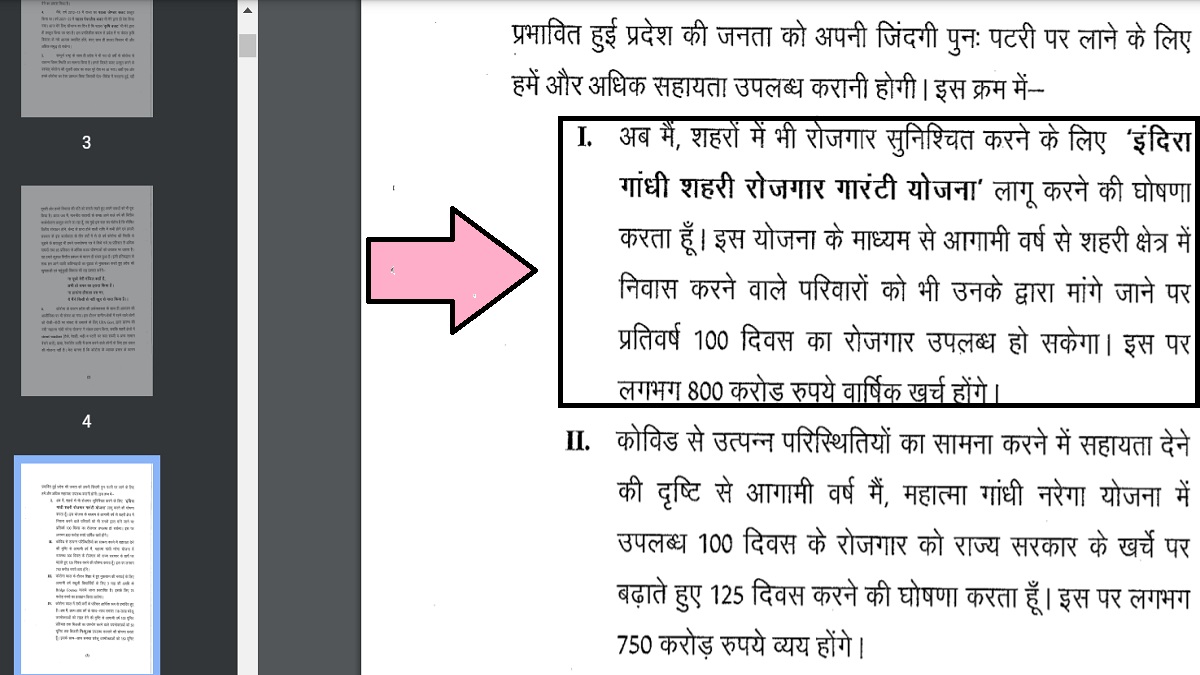