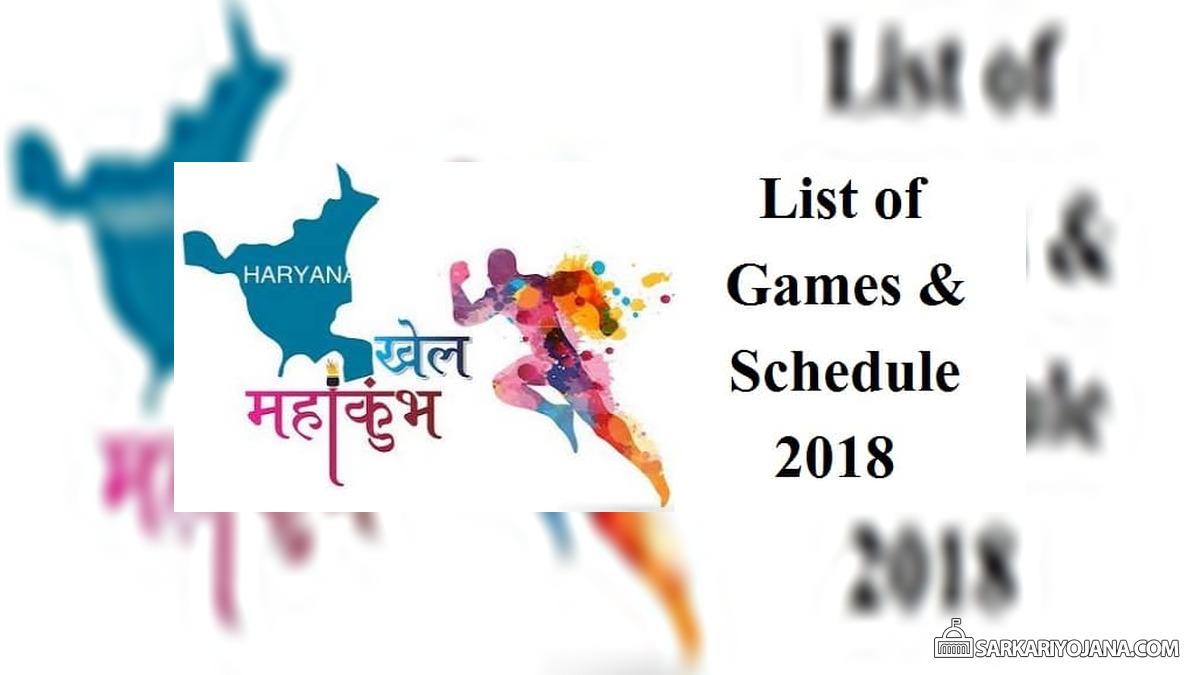 Khel Mahakumbh 2018 is going to be started in Haryana to provide an opportunity to sports-persons to showcase their talents and promote sports culture among the youths. This state level sports competition would be organized in 7 districts of the state from 13 to 15 November 2018 to encourage sports. As many as 15 games would be played in this competition for which the schedule, time table and district wise list of games has been released.

This Haryana Khel Mahakumbh 2018 state level sports competition is being organized to find the talented sportspersons in each district and to nurture their talent to enable them to win medals at international level. Around Rs. 5 crore have been allocated for organising games successfully at district levels.

All those selected sportspersons will get a chance to appear in the national level games and a cash reward from the state government.

It has been decided that as many as 15 games are going to be played at district and block level in which sportspersons of all categories can show their talent. The state govt. has made a budgetary provision of around Rs. 5 crore for this purpose which would be spent on organising the events, prize money and other things.

The main objective of these games is to provide an opportunity to the players from villages of the state to come forward and to become excellent sportspersons of future. The state govt. has also organised Khel Mahakumbh in the previous year 2017 in which sportspersons from various districts actively participated in these games.

#KhelMahakumbh2018 is all set to give an opportunity to sportspersons to showcase their talents and promote sports culture among the youth of the state. pic.twitter.com/9p0eMm4OXb

Modi led NDA govt. has encouraged the sports and for this purpose, various new national level competitions have been started. This includes the Khelo India School Games to nurture talent from various schools. Moreover, every year on the occasion of Haryana Heroes Martyrdom Day, national level wrestling competition and Kabaddi competition in the memory of Pandit Deen Dayal Upadhyaya is organized.