Haryana government led by CM Manohar Lal Khattar has launched Gram Darshan Portal on 2 October 2020. The Gram Darshan is a digital platform having websites of around 6,197 gram panchayats of the state. With the official launch, details of completed, ongoing and required development projects of every village in Haryana is digitally available at gramdarshan.haryana.gov.in. People sitting anywhere in the world will be able to see the details while sitting at home. Check complete details at the official website at haryanadp.gov.in or harpanchayats.gov.in

The key objectives of Gram Darshan Portal Haryana are to utilize information and communication technology to make the gram darshan act as a hub of information for residents in rural areas. The data of 10 panchayats have already been uploaded on the gram darshan portal which aims to provide unique identity to each panchayat. Every panchayat website would display details of the following things at their respective homepages:-

The Gram Darshan Portal of Haryana has been officially launched and its announcement is also made by official twitter account of CM Manohar Lal Khattar.

Gram Darshan Scheme aims at making accessible data of 6,197 gram panchayats of the state just a click away. This is a step forward towards complete digitization of villages. This is to be done by uploading the entire records of all development activities of villages as well as of various government departments on a single digital platform. At the Gram Darshan Portal, full details of the completed, ongoing and required development projects of every village in Haryana will be digitally available which can be seen by anyone from anywhere and anytime.

Haryana govt’s vision is to ensure that every village should have its own website. This will ensure that villagers particularly youth should know the details of various development schemes and projects being allocated and run for their village. In the near future, youths would be able to put forth their demands to the state government. For this purpose, Gram Darshan Portal has been launched.

The main objective of Gram Darshan Portal is to make all government services accessible to the common citizens in their locality. This would be done through gram panchayat websites which will ensure efficiency, transparency and reliability of such services to realize their basic needs.

Gram Darshan Portal concept could address these challenges comprehensively and would provide the required information to the rural citizens with a click of the button. The detailed guidelines and related information about the development schemes of all the departments would be uploaded at one platform namely “Gram Darshan Portal”. This scheme will prove helpful to people living in rural areas of the state. Check the Gram Darshan Scheme Portal launch details through the link given here – http://haryanadp.gov.in/Portals/0/Gram%20Darshan.pdf

‘Gram Darshan’ will help in better implementation of the schemes of rural development and aim to uplift the life of the poorest of the poor who live in the remotest and underdeveloped parts of India. Through Gram Darshan, people would be able to use Information and communication technology to make the scheme act as a hub of information for rural citizens, bring in better transparency, accountability, efficiency and RTI compliance of panchayats.

Every gram panchayat websites would display details of the elected representatives, including sarpanch, panches and gram sachiv. Moreover a list of public assets, details of assets already created or being created by the department or by any other line department of the state will also be uploaded on the website. Gram panchayats would also upload details of financial assets like Fixed Deposits and committed expenses like salaries.

For more details, visit the official website at https://gramdarshan.haryana.gov.in/ 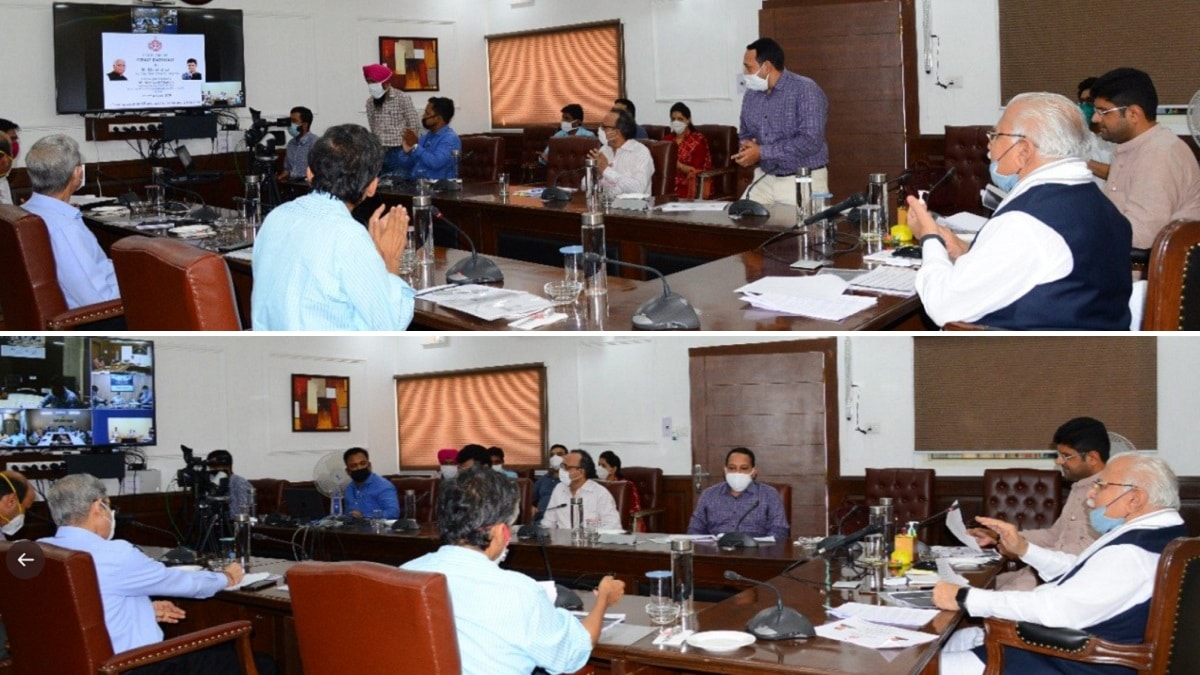