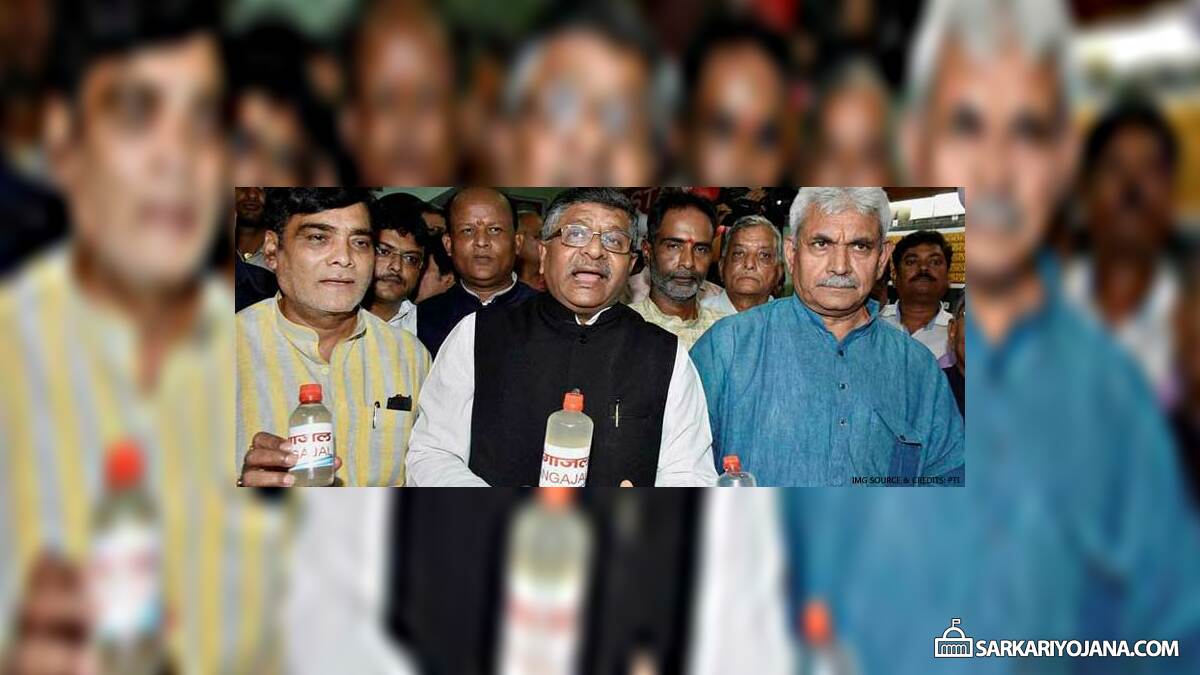 Gangajal delivey scheme has been launched by the Government from Patna in Bihar. It is a new initiative of the central government to deliver “Gangajal” to doorstep through Indian Postal Services.

Under the Gangajal Delivery Scheme, any person can get the pious Gangajal delivered to the doorstep at nominal prices. The Gangajal will be brought from Gangotri and Rishikesh.

The initiative was launched at a function in Patna by the Minister of State for Communications Manoj Sinha and Union Law Minister Ravi Shankar Prasad. The scheme has been launched within a short span of its conceptualization. The plan was however mooted on May 30, 2016.

Sinha on his part said the credibility of postal department is associated with the delivery scheme of Gangajal and it would fulfill the expectations of the people.

The holy water can also be ordered through some e-commerce website at a price of Rs. 299 for a litre of bottle sources from Gomukh.

There are 7 comments on this article | leave a replyTags: Narendra Modi Schemes 2016

Related Content
« Pradhan Mantri Gram Parivahan Yojana for 80,000 Commercial PVs in Rural Areas
Mukhyamantri Swasthya Bima Yojana (MSBY) Phase 2 Launch from August »
VIEWS:
Disclaimer & Notice: This is not the official website for any government scheme nor associated with any Govt. body. Please do not treat this as official website and do not leave your contact / personal such as Aadhar Number or Mobile No. information in the comment below. It is not possible for us to reply to each comment/query, neither we can address the complaints regarding any scheme. We request all our visitors to visit the official website of the concerned department / authority for any complaint, query about the scheme / information published on this website.