Kerala govt. Free Rice Scheme for the flood affected victims has been extended till December 2018 to distribute 5 Kg rice at zero cost to all the non-priority cardholders, each food kit of supplyco worth Rs. 500 which includes 6 food items including rice and grains would be given for free 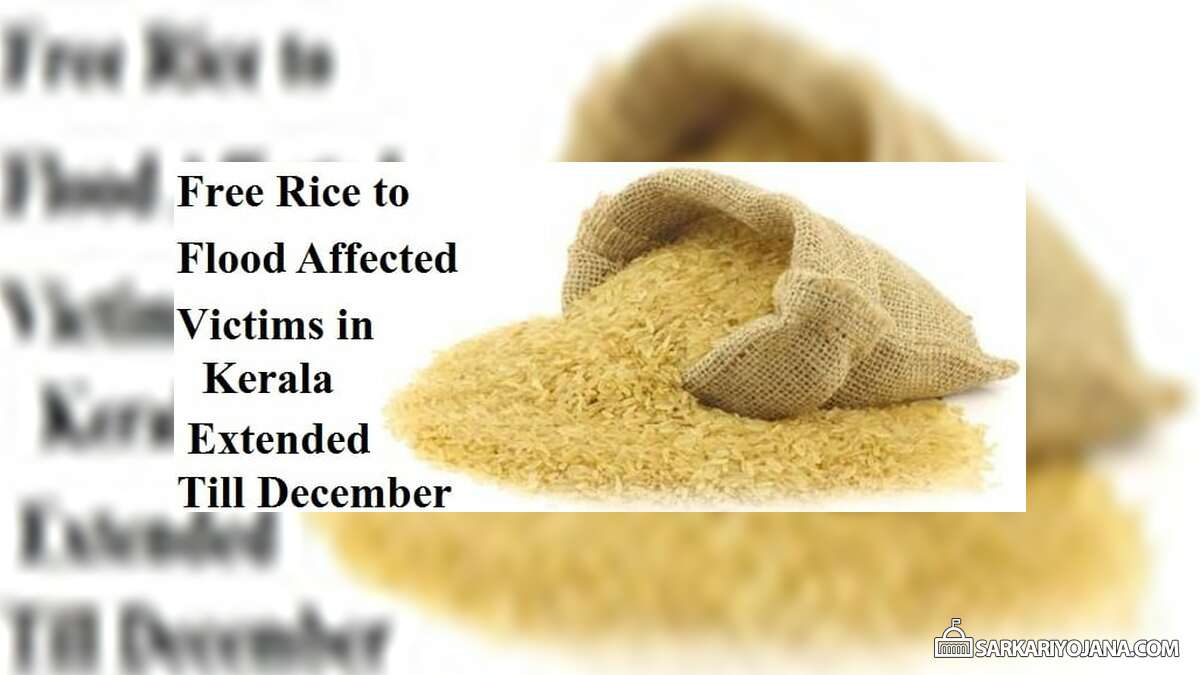 Kerala govt. has decided to extend the Free Rice Scheme for the flood affected victims till December 2018. Under this scheme, the state govt. will distribute 5 Kg rice at zero cost to all the non-priority cardholders in flood affected areas till the end of this year. The previous decision includes free rice distribution for the months of only September and October 2018.

Each food kit of supplyco costs around Rs. 500 which includes 6 food items including rice and grains. The state govt. has procured 89,540 tonnes of rice at the rate of Rs. 25 per kilogram and these rice would be distributed absolutely free of cost.

The kits are going to be distributed as per the revenue department headed by the district collector.

The state govt. is going to provide 5 kg rice at zero cost to each needy and poor flood victims under the Free Rice Scheme in Kerala. All the priority card holders are already receiving rice and other grains absolutely free of cost. All the members of weaker and economically backward classes in the flood affected areas are also being issued free food kits. Now all the non-priority cardholders will get supply of free rice and grains till December 2018.

Free rice for the flood affected: The distribution of 5kg rice at zero cost to the non-priority cardholders in flood affected areas will be extended till December. The previous decision covered only September and October months. pic.twitter.com/sbPbX9aL3D

Each food kit of supplyco which is worth Rs. 500 will contain 6 items including rice and other grains. All the priority ration cardholders, workers listed in employment guarantee scheme, scheduled castes (SC), scheduled tribes (ST), widows and differently-abled people are the beneficiaries of this scheme.

The Kerala government had asked the central govt. for around 1.14 lakh tons of rice for flood affected victims. This amount is equivalent to the rice distributed through the state’s public distribution network in a month. Central govt. has allocated around 89,540 tonnes of rice but these rice will be charged at the rate of Rs. 25 per kilogram.

The rice thus procured from the central govt. is going to be distributed for free to poor and needy people. This cost would be deducted either from the national disaster relief fund or Kerala’s flood relief fund.

Karan Chhabra at सरकारी योजना
PM AASHA Guidelines – Farmers Can Sell 25 Quintal / Day & Get Relief from All Taxes Free Insurance Scheme upto Rs. 12 Lakh for Furniture Dealers & Merchants in Kerala
Disclaimer and Notice: This is not the official website for any government scheme nor associated with any Govt. body. Please do not treat this as official website and do not leave your contact / personal such as Aadhar Number or Mobile No. information in the comment below. It is not possible for us to reply to each comment/query, neither we can address the complaints regarding any scheme. We request all our visitors to visit the official website of the concerned department / authority for any complaint, query about the scheme / information published on this website.